The remains of a boat on the foreshore at Antony Passage once thought to be a Royal Navy picket boat but it has been identified as the Tamar sailing barge Elizabeth Jane.

Jan Carpenter has indentified this hulk as the remains of the Tamar sailing barge Elizabeth Jane of 50 tons, who worked with similar vessels Lynher

hauling stone from Poldrissick Quarries. Ian Merry has little to say about this barge other than she was "one of the few little barges able to reach Tideford Quay". Figure 1 shows the Elizabeth Jane at Kilna Quay, Tideford, discharging cargo.

Langley and Small in their book Lost Ships of the West Country included a note that the remains of a Royal Navy picket boat can be found on the foreshore at Antony Passage. The vessel is reported to have been bought by a local resident for private use but was then abandoned and left to fall apart. This account more likely refers to the Steam Pinnace

in the mill pond a few hundred metres to the north. The larger barge in Forder Creek identified as the Lord John Roberts or George Murray

has also been erroneously identified as the Elizabeth Jane in a number of documents.

The remains of a wooden vessel can be found on the foreshore and was photographed by The SHIPS Project in 2017, but little now remains and further investigation is required to be able to identify the type of vessel.

The heavily eroded remains of a keel and some timber frames with iron fastenings can be seen on the foreshore, hidden by weed (Figs 2 - 4).

Antony Passage, to the east of the harbour.

From Forder, follow the road to Antony Passage. The remains of the vessel can be found on the foreshore 80m to the east of the harbour wall.

and the Landing Craft 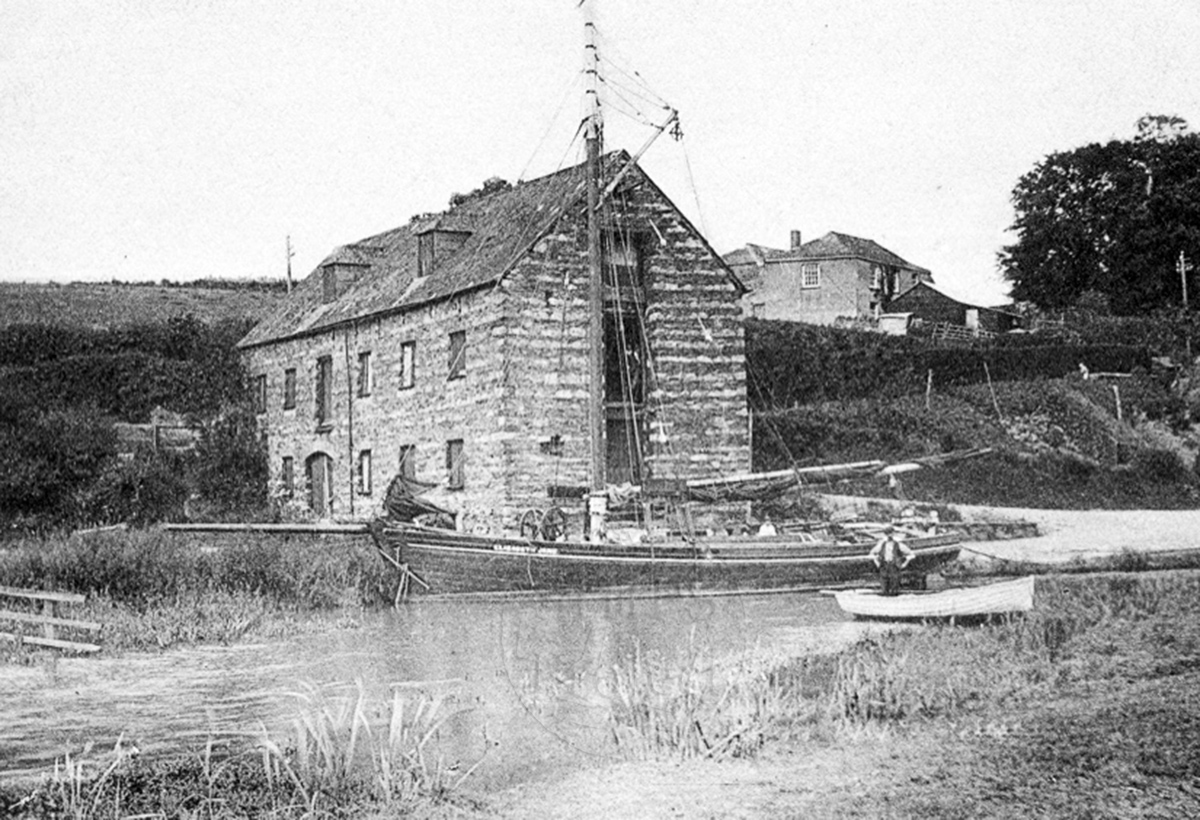 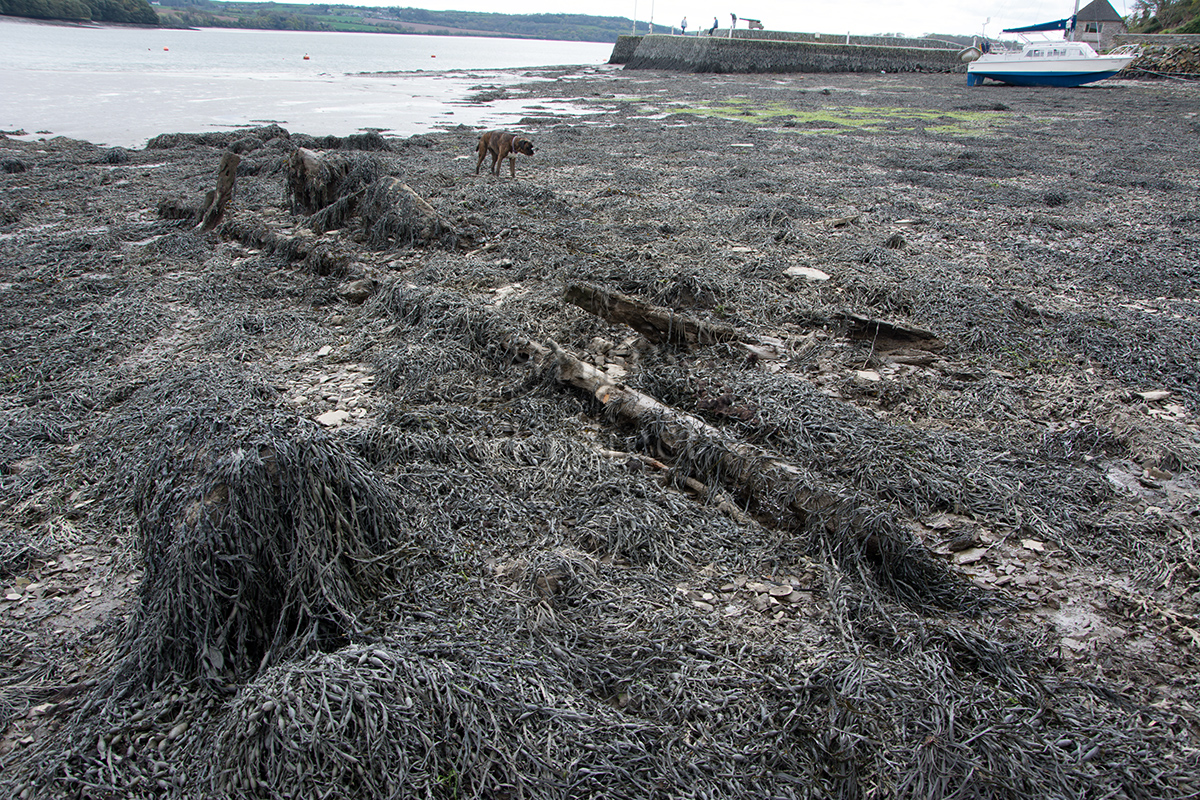 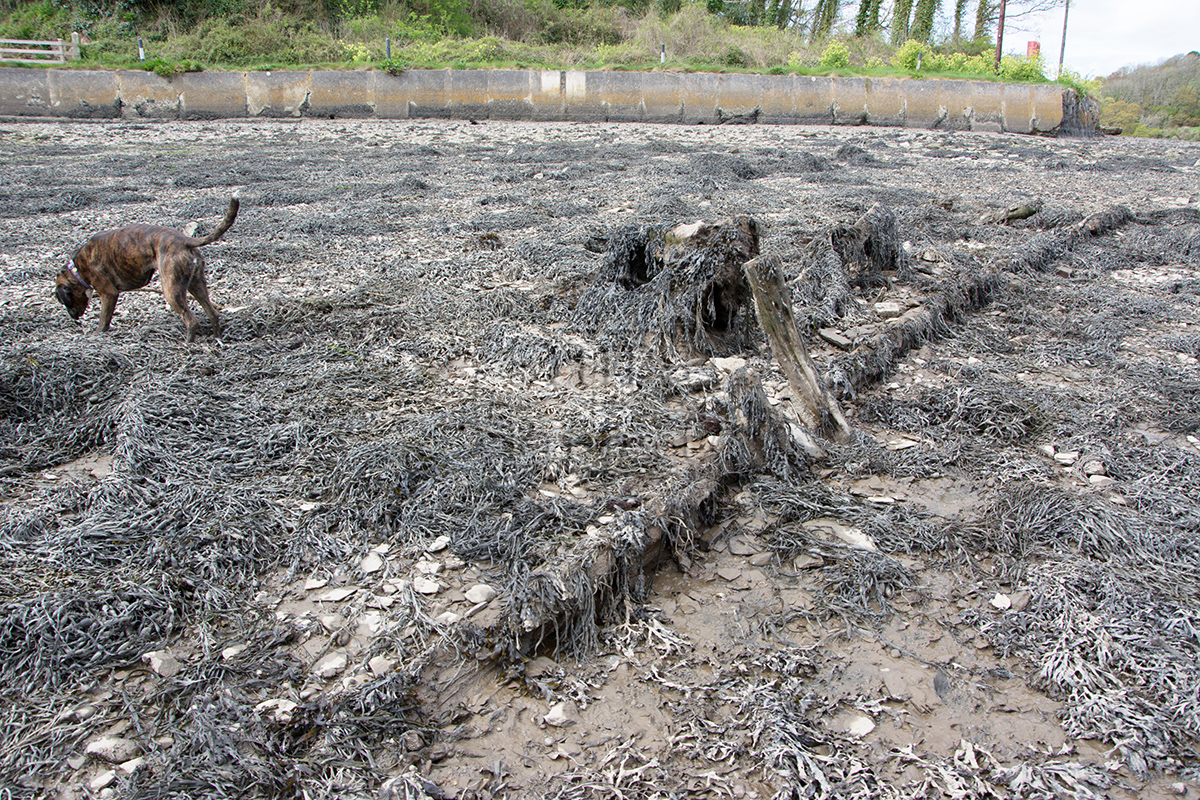