Landing craft were broken up at Antony passage and the remains of one floated over Forder Lake to the opposite side.

At least two Landing Craft Assault (LCA) vessels were broken up on the foreshore at Antony Passage and part of one floated over to the other side of the Lake into the bay called Marsh Coombe. When we investigated the remains we found that only part of a stern remained and there was no sign of the other parts. The mystery was solved by Jonathan Copp who told us that a section of LCA had floated in:

"During our annual two week camping holiday one August in the 70’s, this is the event I remember. One day there was nothing in that creek. The next morning there was a riveted metal box with ropes hanging off it, out in the middle of the creek, having settled in the mud."

Mr Copp went on to say:

"Many years ago, a man who lived in Forder Village would float abandoned WW2 landing craft upstream and chop them up for scrap on part of the Quay."

The section of LCA was probably part of one that was left on the beach by a salvor, as John Cotton found when he visited the area in 1983 to take photographs, see pictures 2, 3 and 4.

LCAs were the standard British small infantry landing craft designed by Thornycroft, with a boxy, barge-like design and shallow draft, crewed by 4 men and carrying 35 troops or 800lb / 363kg of stores. A flotilla of LCAs would have between 12 and 18 craft depending on the size of the Landing Ship, Infantry (LSI) they were working from. The LCA was fitted with a light machine gun in the left hand cockpit while the right hand was used by the coxswain. The LCA was lightly built from diagonally planked timber and copper alloy fastenings on a steel framework, with a skin of steel sheet armour applied on top.

website but the pictures (2, 3 and 4) show the remains of a British LCA. Langley and Small in their book Lost Ships of the West Country say these are US landing craft, however this is incorrect.

Part of the armoured aft section of an LCA can be seen in the lake, The SHIPS Project investigated the partial remains of this LCA in 2017 in association with the team at Plymouth At War

. The section appears to be the remains of the engine compartment from above the waterline with part of the mounting for the propulsion gear.

The landing craft were broken up at entrance to Forder Lake, Antony Passage.

From Forder, take the road to Antony Passage. Just beyond the mill the road curves round to the right towards the harbour and the landing craft were broken up on the beach opposite.

The remaining section of landing craft can be seen in the centre of the small lake on the east bank, opposite the mill pond at Antony Passage. This can be seen by taking Wearde Road south from Saltash. Where the road turns sharp left at Churchtown Farm follow the footpath south-west over the railway line then turn west and follow the footpath down to Forder Lake.

Broken up, one part survives

Remains of an LCA in Forton Lake, Gosport

The remains of a WWII landing craft, assault (LCA), abandoned at Forton Lake, Gosport, May 2015. 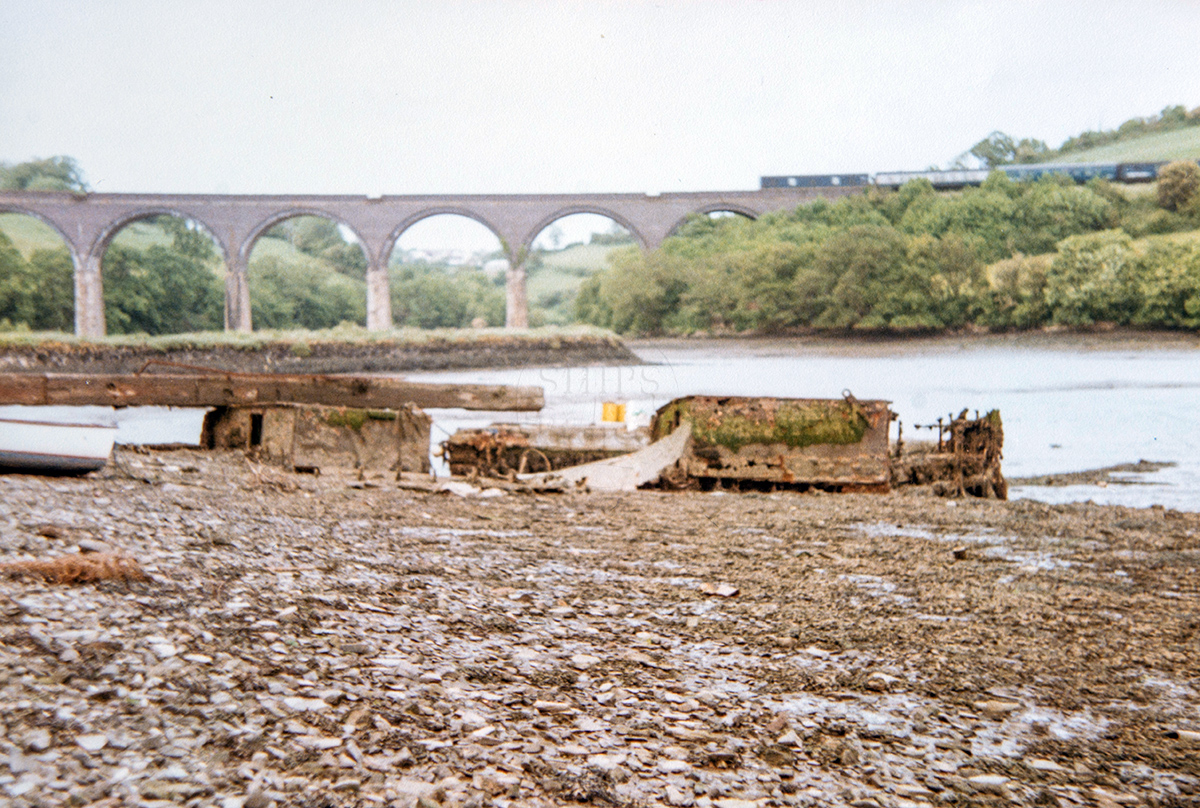 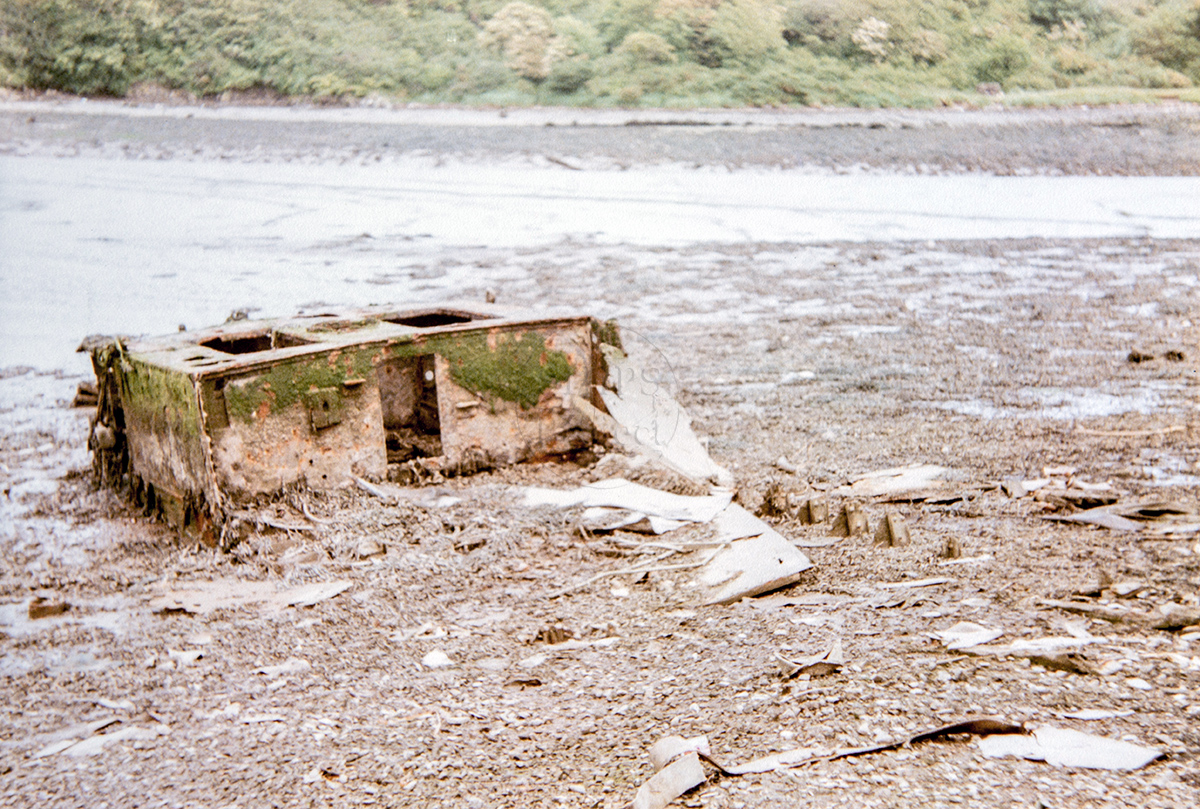 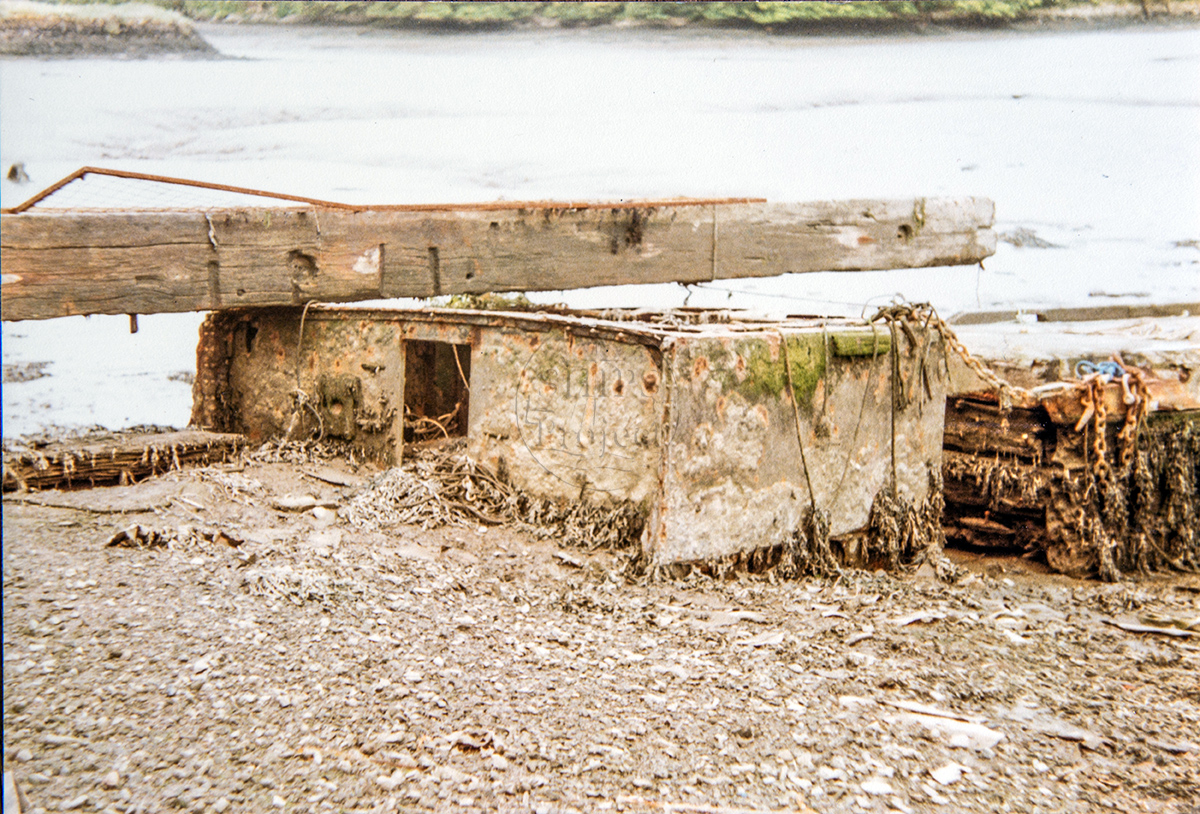 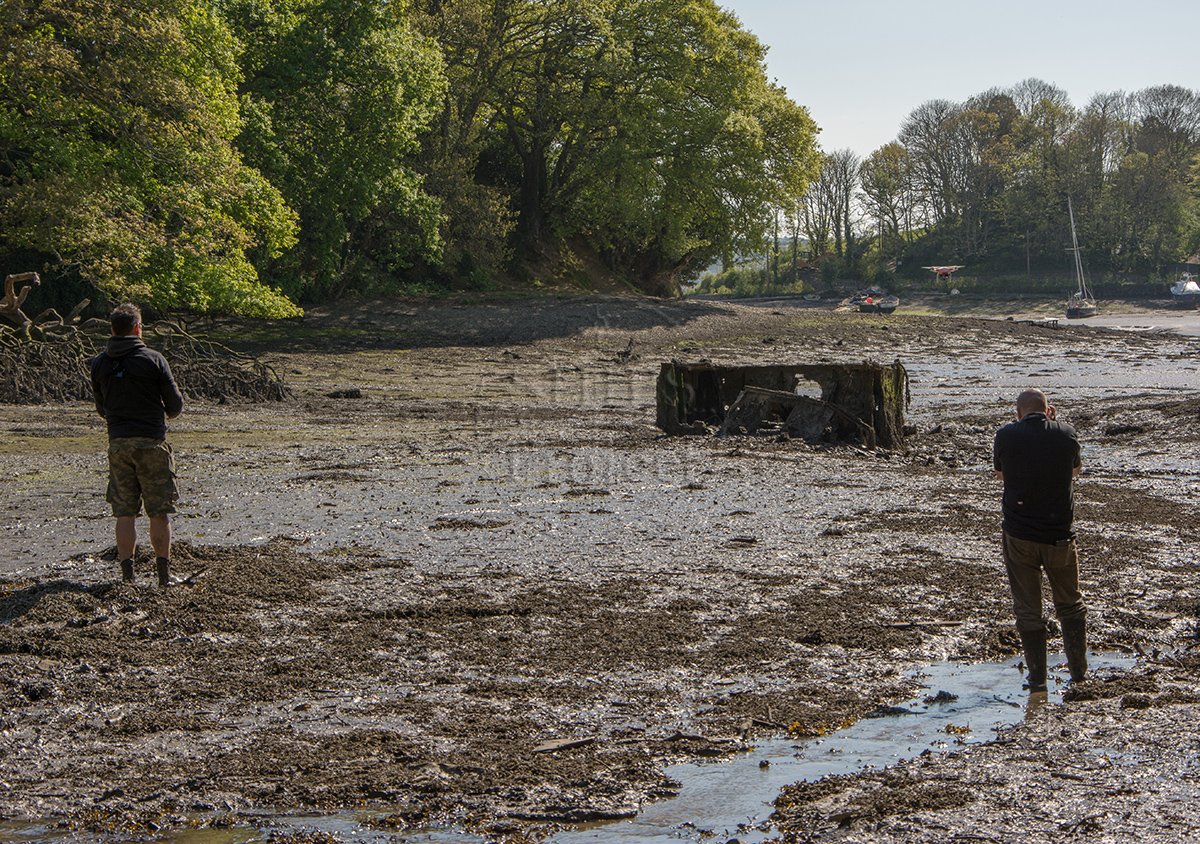 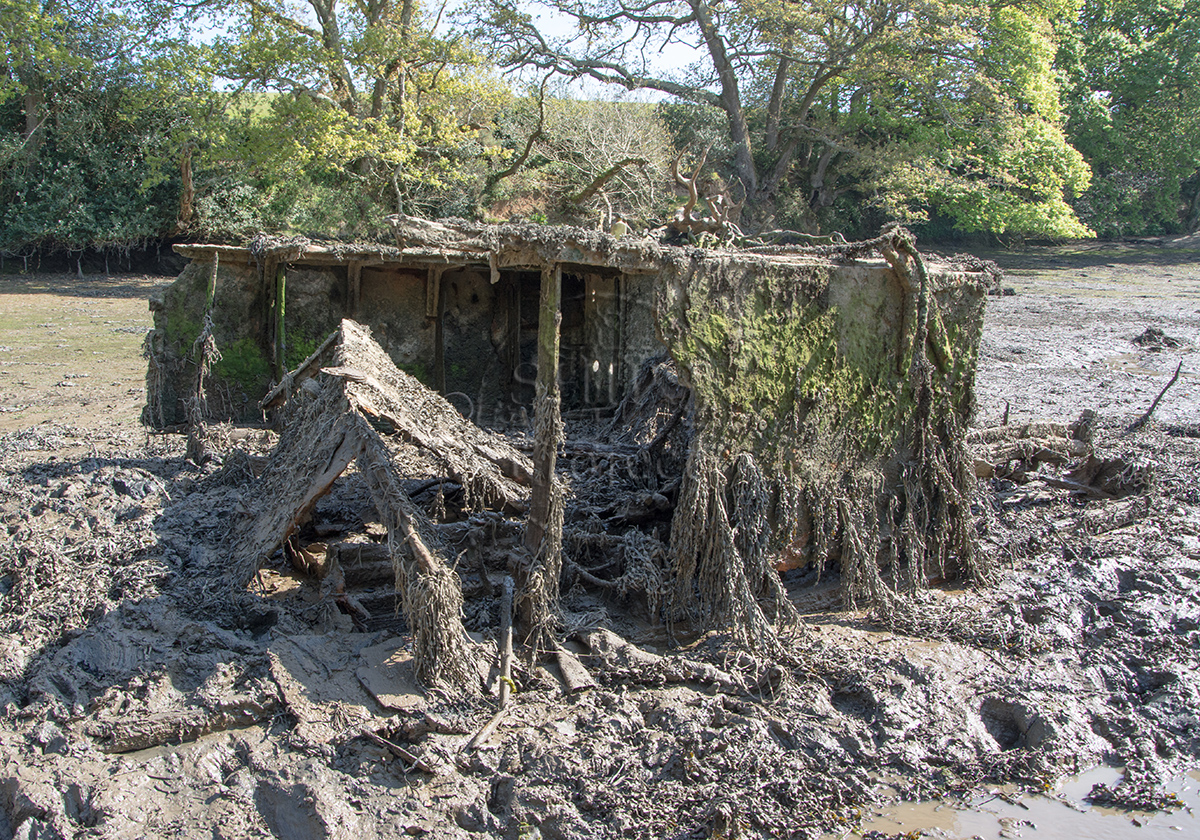 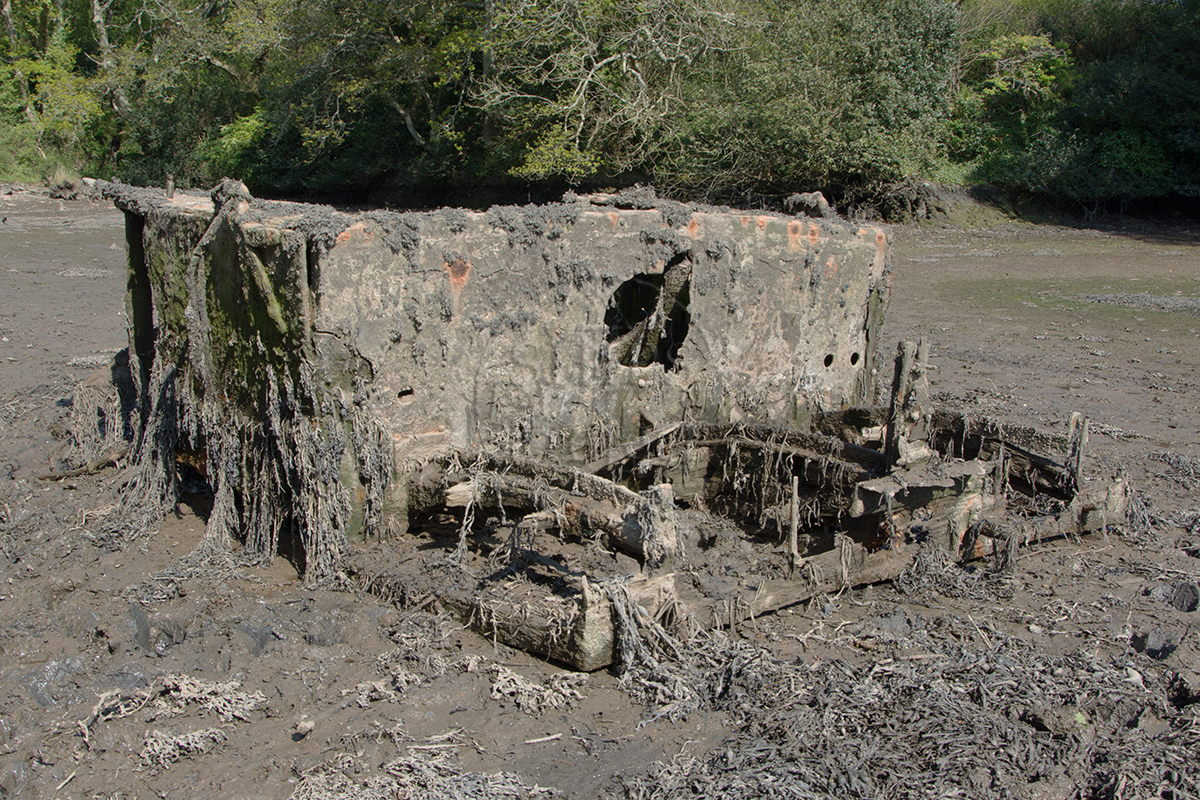 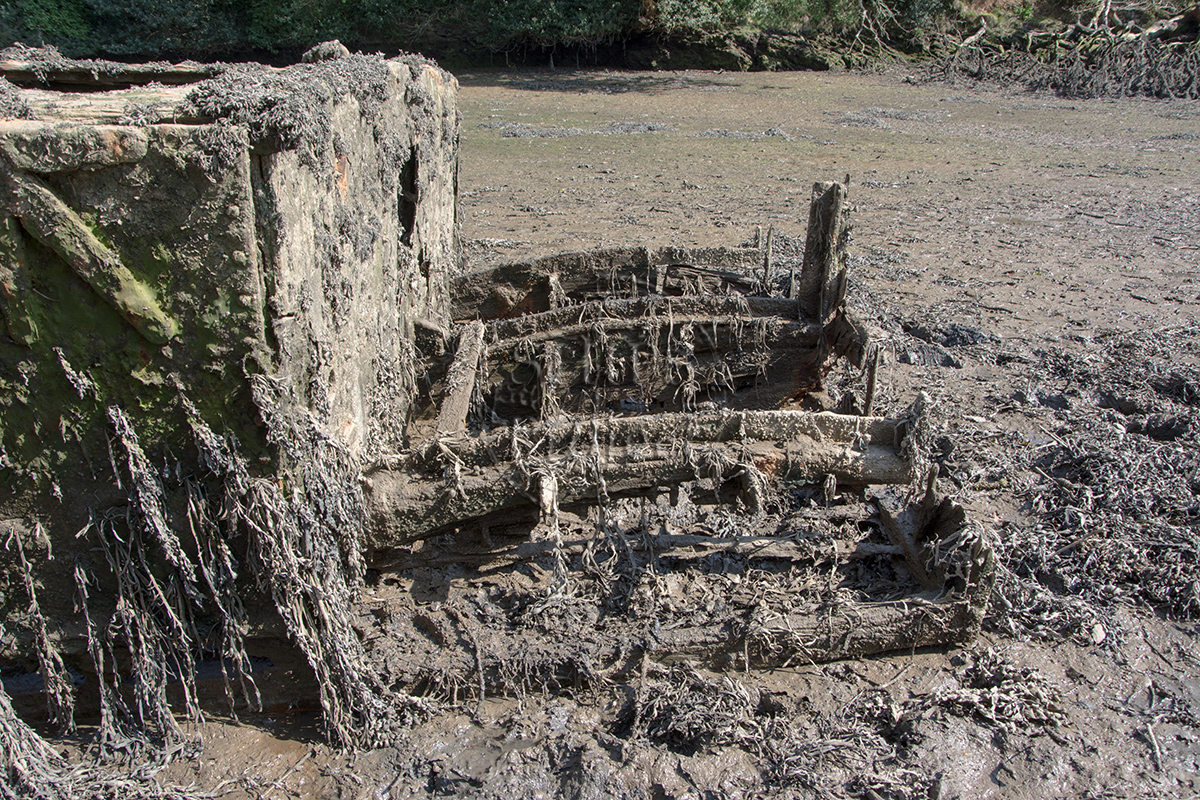 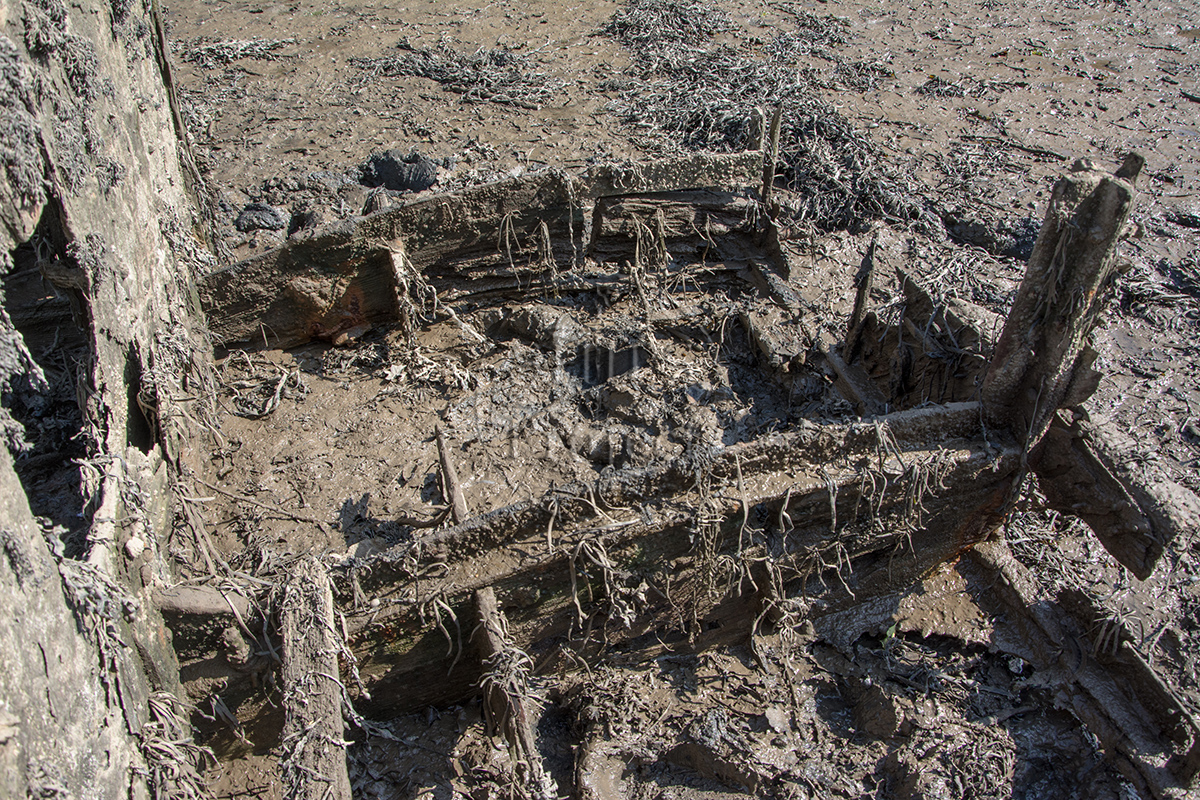