A wooden fishing boat abandoned in Forder Lake up against the railway viaduct.

The 31 ton sailing trawler Boy Eric was built in 1921 in Rye, Sussex, by G & T Smith Ltd. who also built the Master Hand

However in 1946 the Boy Eric was still fishing and caught a German WWII flying bomb in her nets which they brought to the surface, but the ropes broke so both flying bomb and a £50 net went to the bottom.

In 1947 she was owned by Bob Leach of Brighton and registered in Shoreham as SM448. At that time she made a trip to Newhaven to visit marine engineers Bayley and Stone for general repairs and was converted from sail power to diesel power in September of that year. At some point around this time the ship was converted from a fishing boat to a liveaboard and one source reported that "her fish hold made a fine lounge".

Boy Eric was involved in two madcap schemes to go on expeditions. The first was in October 1959 when eight men, two women, a boy and a puppy set out on a 10,000 mile voyage to Singapore. The crew for this venture was skipper John Marks, his pregnant wife Joy, his 7 year old son Philip and mongrel puppy called Peter, along with Dr Gerald Roberts, Marks' brother Michael, Australian Edward West, four divers and a passenger, Miss Maria Sprung. The plan was to go fishing for mother-of-pearl in the Timor Sea off Indonesia. The brave explorers left Newhaven and got to Shoreham, took a chance on the weather and got into heavy seas and got towed in just 18 hours later by the Danish cargo ship Toroesand after getting only 20 miles from port.

In June 1966 the Boy Eric was in trouble again and had to be rescued by the Exmouth lifeboat. On a voyage to Dartmouth from Guernsey the boat experienced engine trouble in heavy seas with 7 souls on board. The Exmouth lifeboat was launced and tool the stricken vessel in tow, but while the lifeboat was towing the Boy Eric to safety another vessel, the 32ft Ribbon, overtook the pair in the channel leading to Exmouth and went aground on the rocks.

The second expedition was in April 1967. American Richard Haws and Australian Jon Smith planned to sail Boy Eric to Greece and wanted six people to help sail the ship on the six-week journey. Richard was quoted as saying, "We would be prepared to take a number of women, provided they are eager to do their share of the work". The trip would cost each member of the team £50 in food but they would have to find their own way back to the UK. Boy Eric was bought by the two adventurers in January 1967 after she had been lying idle for six months. They intended to make Greece their base for cruises then planned on sailing to Sydney and perhaps to America.

Langley and Small say that she spent time as part of the Brixham trawler fleet but no record of that can be found, but the next part of her story comes from these same authors. The Boy Eric was moved to Plymouth and became a houseboat for Brian Kent, yard manager of Quayside Services of Stonehouse. When the company went into liquidation the Boy Eric was moored in the Hamoaze then the Cattewater where she was sold to Roger Lovejoy for £11,500.

Lovejoy brought the ship back to the Hamoaze in August 1984, crewed by his Israeli wife and their daughter who was called African Moon. On the way up the river Tamar the Boy Eric collided with the Cremyll Beacon and did considerable damage to her starboard bow. For some months she was moored off Gravesend beach because Lovejoy had been refused permission to beach the unseaworthy trawler at Torpoint. Instead the Boy Eric was taken to Forder Creek and moored alongside the railway viaduct to be left to fall apart.

The remains of the Boy Eric can be found under the western arch of the viaduct, hard up against one of the piers. When The SHIPS Project photographed the hulk in 2017 the hull had collapsed and eroded so only a metre of the sides remained above the riverbed, obscured by weed, and the stern had completely collapsed.

The remains of the Boy Eric lie under the railway viaduct that crosses Forder Lake.

can be seen from the same place.

At 3.30 P.M. the naval base reported a fishing boat, off the North Foreland, in need of a tow into harbour. She was the Boy Eric, of Lowestoft, on voyage, with a crew of two, to Ramsgate for repairs. A light S.W. wind was blowing and the sea was smooth, but as the naval authorities wished the boat to be got in quickly and no other suitable boat was available, the motor life-boat Agnes Cross, on temporary duty at the station, was launched at 4.50 P.M., and returned with the Boy Eric in tow at 6.40 P.M. - Rewards, £2 13s. 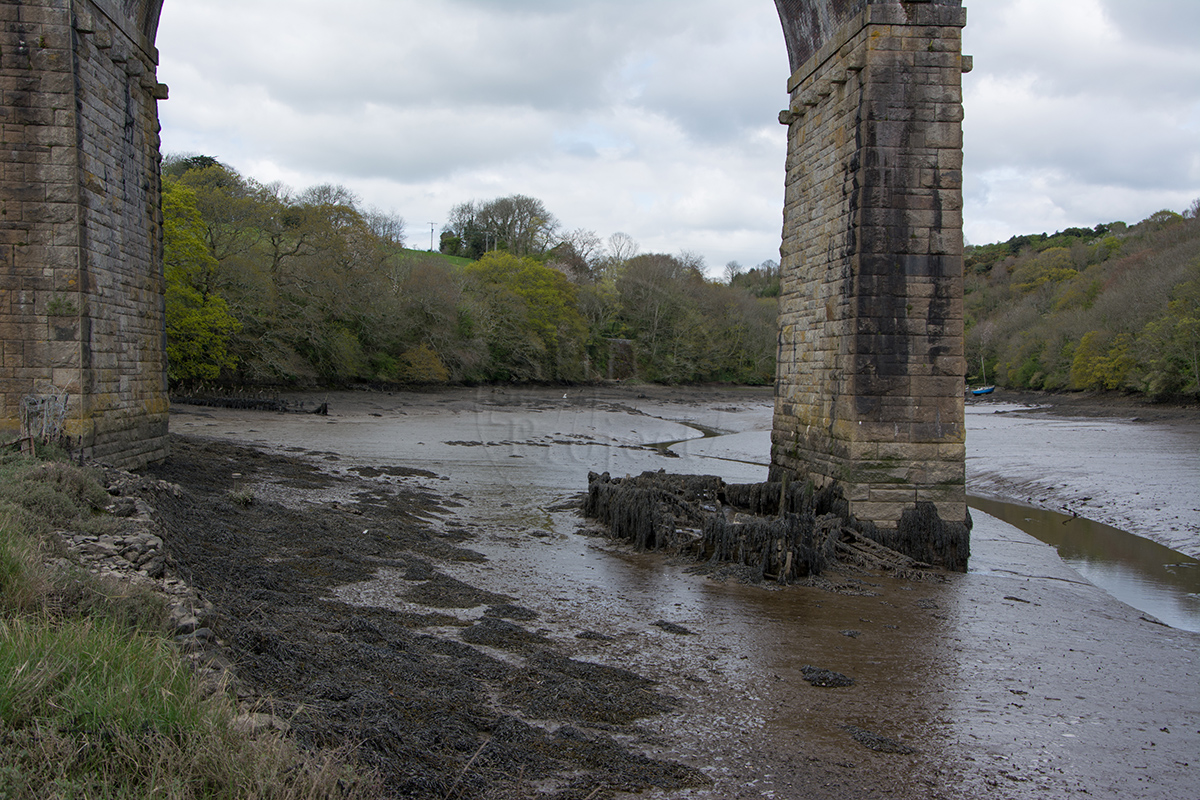 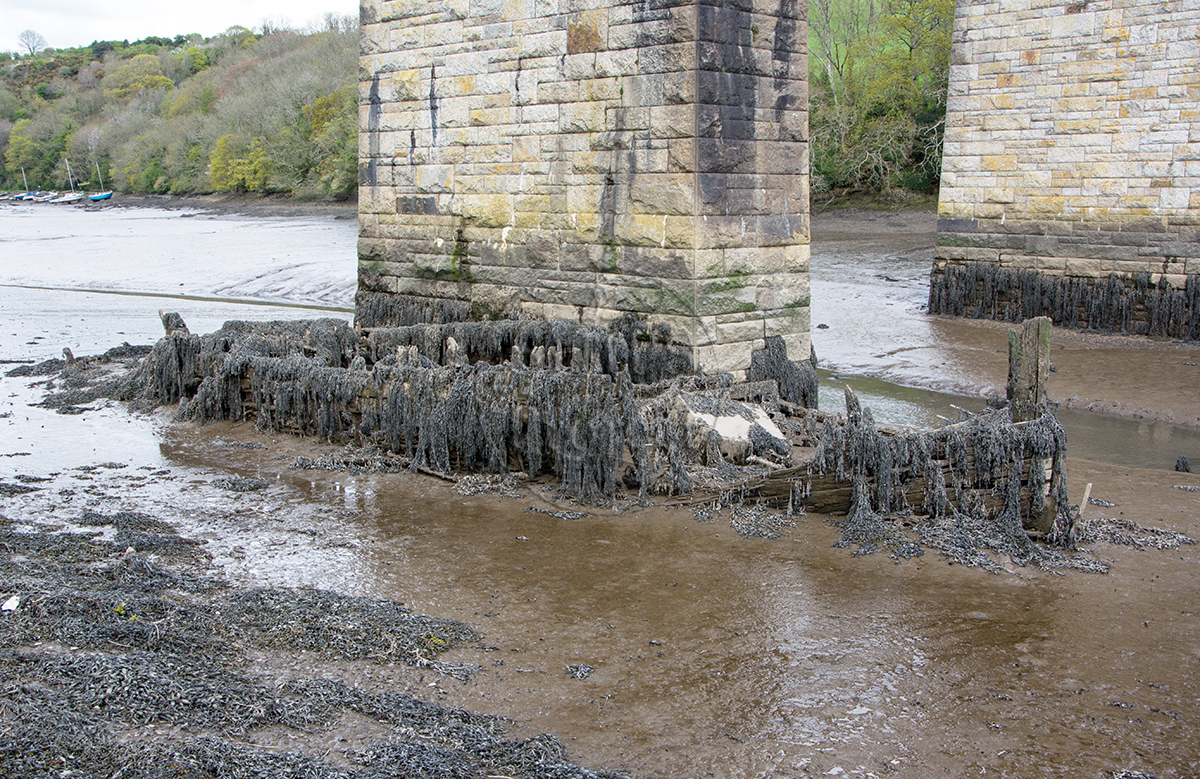 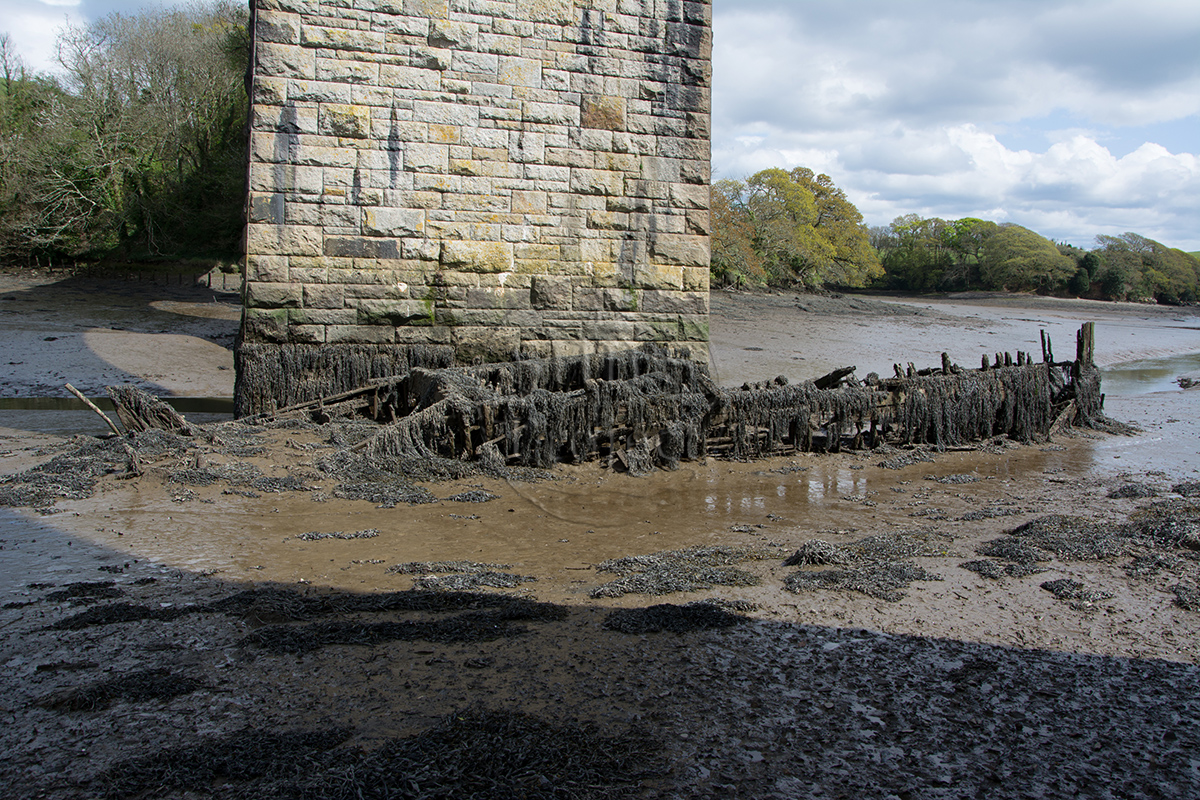