The topsail schooner Bulla was wrecked twice but still managed 55 years in service.

The 80 ton topsail schooner Bulla was built in Jersey in the Channel Islands by George Deslandes and Son in 1873 and was owned by Albert Deslandes. The 1874 Lloyds Register reports that the 79ft long schooner was fastened together with yellow metal bolts.

Three years after her launch, on 20 February 1877, the Bulla was carrying linseed oil from La Roche Bernard to Liverpool under the command of her master J. Langlois when she got in to trouble during a gale. The crew abandoned the ship but she stranded at Penmaenbach near the entrance to Conwy harbour. When the weather cleared the ship was towed into Conwy harbour having received little damage to her hull or her cargo, and was then taken to Liverpool and was put back into service. Sadly none of the crew survived.

In 1879 the Bulla was sold to John Pickering of Manchester then to William Townshend of Liverpool. In 1883 she was in the hands of John King, Dunleer, co. Louth, until 1998 when she was bought by Charles King also of Dunleer. In 1890 Bulla was bought by Claude Gould of Barnstaple, and in 1895 her port of registry was moved to Barnstaple in North Devon. In the same year the Bulla was again in trouble, this time off Great Yarmouth in Norfolk on a voyage from South Shields on the north-east coast to Truro in Cornwall carrying coal. Bulla had lost her foreyard and all sails in a gale and had to be rescued by the tug Yare. While attempting to get the schooner into harbour the tow rope parted in heavy seas and the Bulla drove onto the North Sand, about 200 yards from the North pier head, and the crew of four were rescued by the Gorleston lifeboat. When the weather cleared the ship was again found to be high and dry and in one piece.

Despite being wrecked twice, the Bulla sailed on for another 33 years. In later years the Bulla was owned by Joseph Weston of Truro, Ernest Brown of Port Isaac in Cornwall, Humphrey Hicks of Feock in Cornwall, John Marwood of Liverpool and David Brown of Hull. The registry closed for this ship in 1928 when she was owned by John Davis of Plymouth, she was probably converted to a lighter and used by Baylys Timber Merchants in Oreston, eventually being hulked at the western end of Hooe Lake.

The pair must have been a considerable hazard to navigation in the middle of the lake so it is surprising that they were not beached like the many other abandoned vessels. By the 1980s all that remained standing was the sternpost and part of the rudder of one of the vessels, the remainder being the keel, floor timbers and outer planking of both vessels. 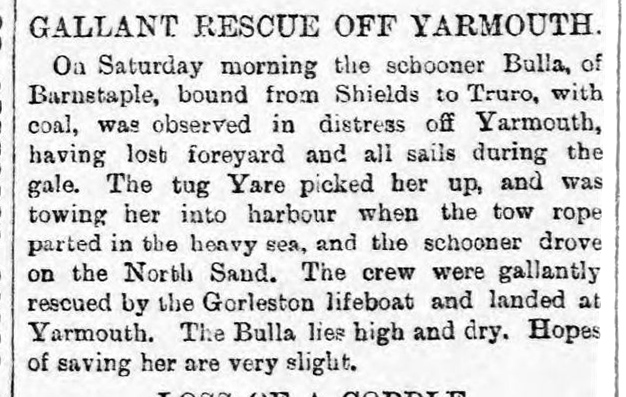 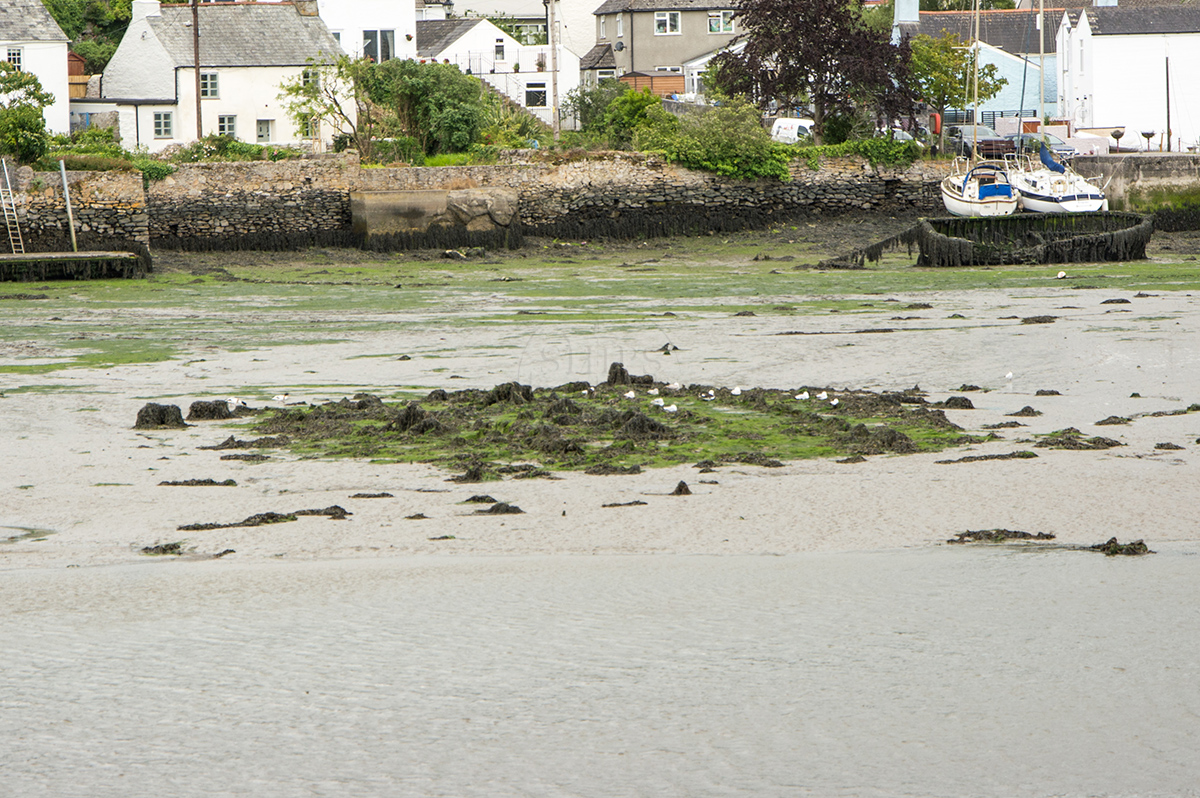