The pilot cutter Leader was once the fastest Plymouth pilot ship afloat but ended her days as a houseboat in Hooe Lake before being broken up.

The pilot cutter Leader was built in 1867 for the pilot John Glinn of Turnchapel at Shilston's shipyard in Coxside, Plymouth, as Pilot Boat No. 6. The cutter was a very fast craft in a trade where high speed was essential as the pilotage fee could be obtained only if their pilot was first to reach an incoming ship. Rivalry had long existed between the pilots of Cawsand and the Glinns of Turnchapel, and beween the Glinns and the other Turnchapel pilot families the Staddons and the Skiltons. Leader was a fast craft and put the Glinns at the head of the competition.

In 1906 John Glinn sold shares in the cutter to the pilots John Silas Williams of Hooe, John Andrew Glinn and Henry Richard Glinn of Turnchapel. In 1910 the shares were transferred to John Silas Williams of Plymouth and John A. Glinn of Turnchapel. In 1918 Leader was bought by William Alfred Mitchell of Plymstock and three years later the vessel was sold to Henry William Haskell and Stephen Thomas Holberton both shipwrights in Plymouth. The last sale was in 1921 to James Henry Pearson, a master mariner from Cheshire, who converted the cutter into a houseboat. The houseboat Leader was originally put on the foreshore to the east of Hexton Quay but was later moved to a safer berth moored alongside the eastern end of the Quay.

Steve Hole remembers his grandparents living on Leader, first as a summer home then as a permanent houseboat. There was a hand-built shed built on the bow that was known as the sun lounge with a companionway going down into the boat. There was a bunk at the foot of the companionway where Steve would sleep when he stayed on board, a store to the left in the bow and then a small bedroom tucked under the stairs. There was a large living room which led to the galley on the right and the main bedroom in the stern with a toilet and very small bath. The toilet was flushed by an old hand pump.

In 1984 the boat filled with water in a storm, when the tide receded one leg propping up the now heavy hull collapsed and she fell over on her beam ends.

I remember it well when it broke a leg. The hull was filled, I think with concrete to stop it floating out of its moorings. A load of stone was piled against the sides to keep it in place on a spring tide, but one tide was too high. It moved a foot or two away from the quay overnight and as the tide went out it came back down on the stones that were supposed to keep it in place breaking one of the legs. My granddad was at the time living in the store on the quayside next to the boat so slept through it all. Steve Hole

Leader was declared a loss, and she was being broken up by the time Langley and Small saw her during research for their book Lost Ships of the West Country. John Cotton photographed Leader from a distance (Photo 3) but sadly did not visit the boat.

The vessel was broken up for her fittings and nothing now remains. The eastern side of the quay has been reclaimed and is now under landfill.

This hulk lay within the Hexton Quay boatyard at Hooe Lake, this is private land so is not accessible to the public.

The Leader is similar to the Pellew, a newly-built pilot cutter, a modern version of the Falmouth pilot cutter No.8 Vincent. You can read more about the Pellew here. 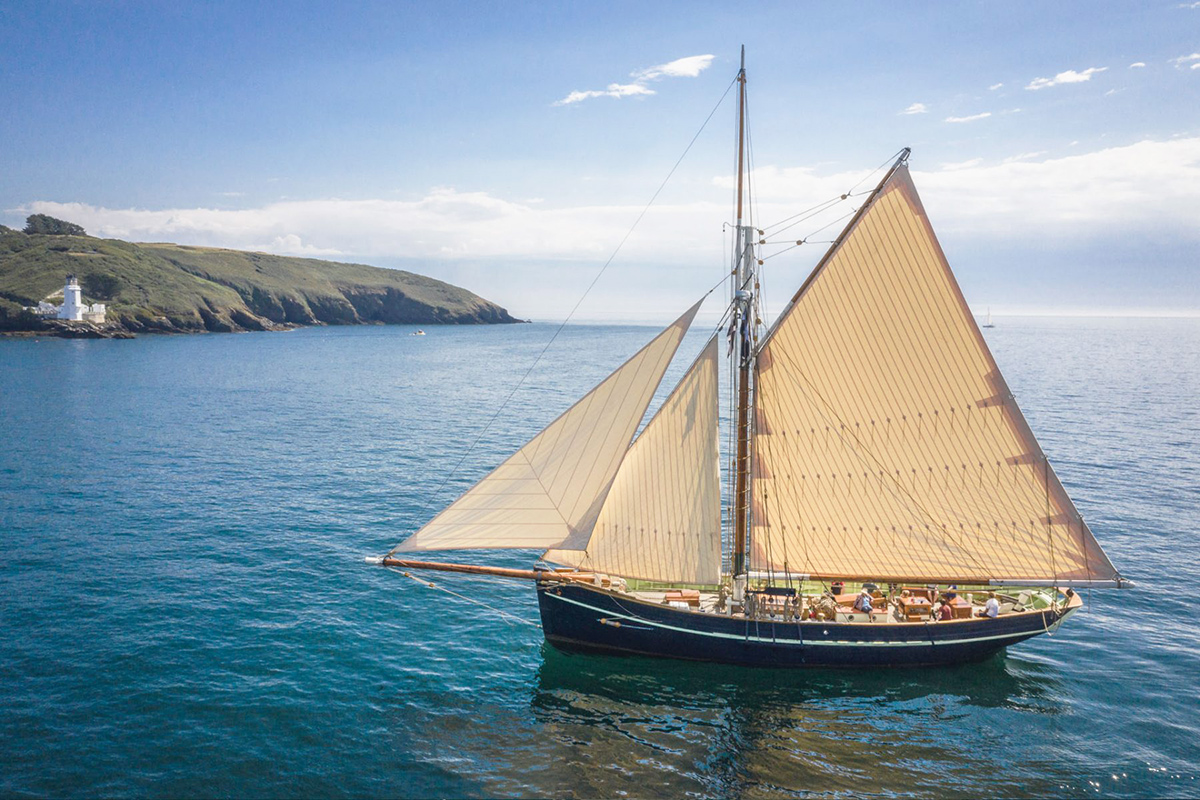 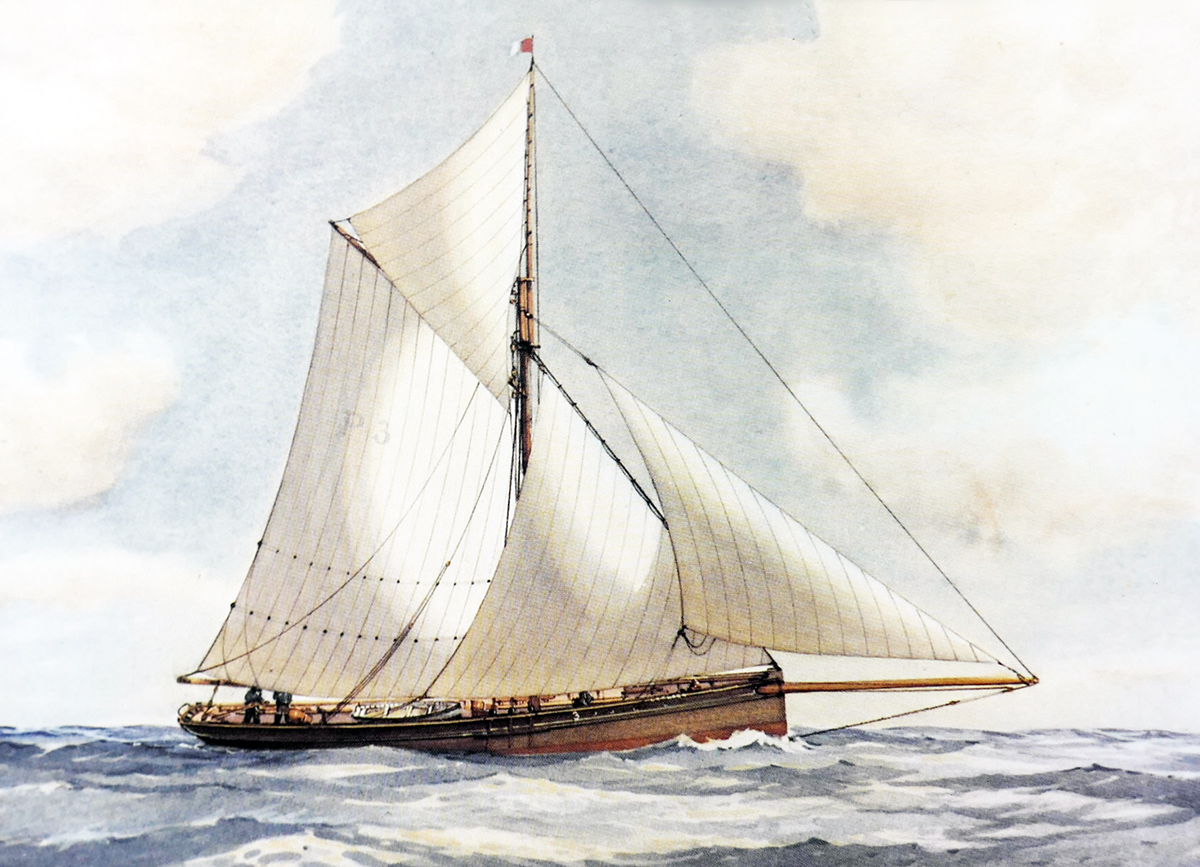 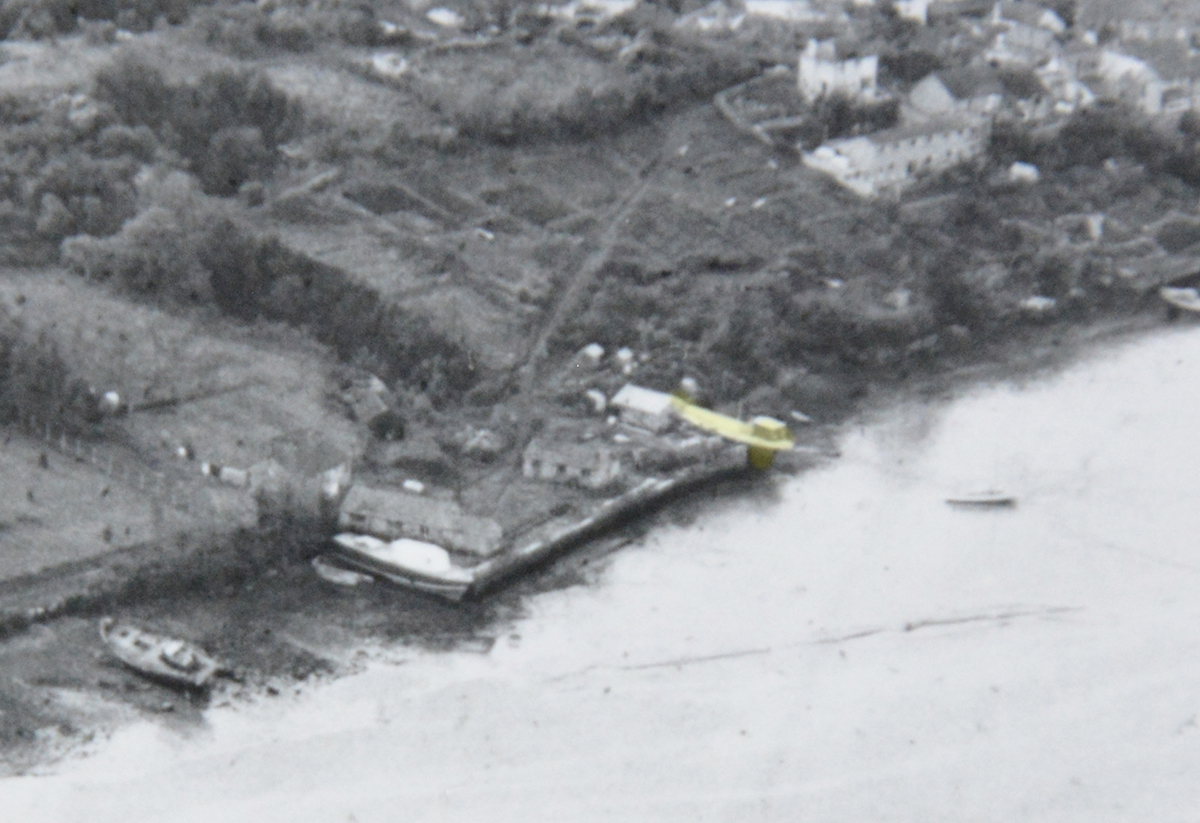 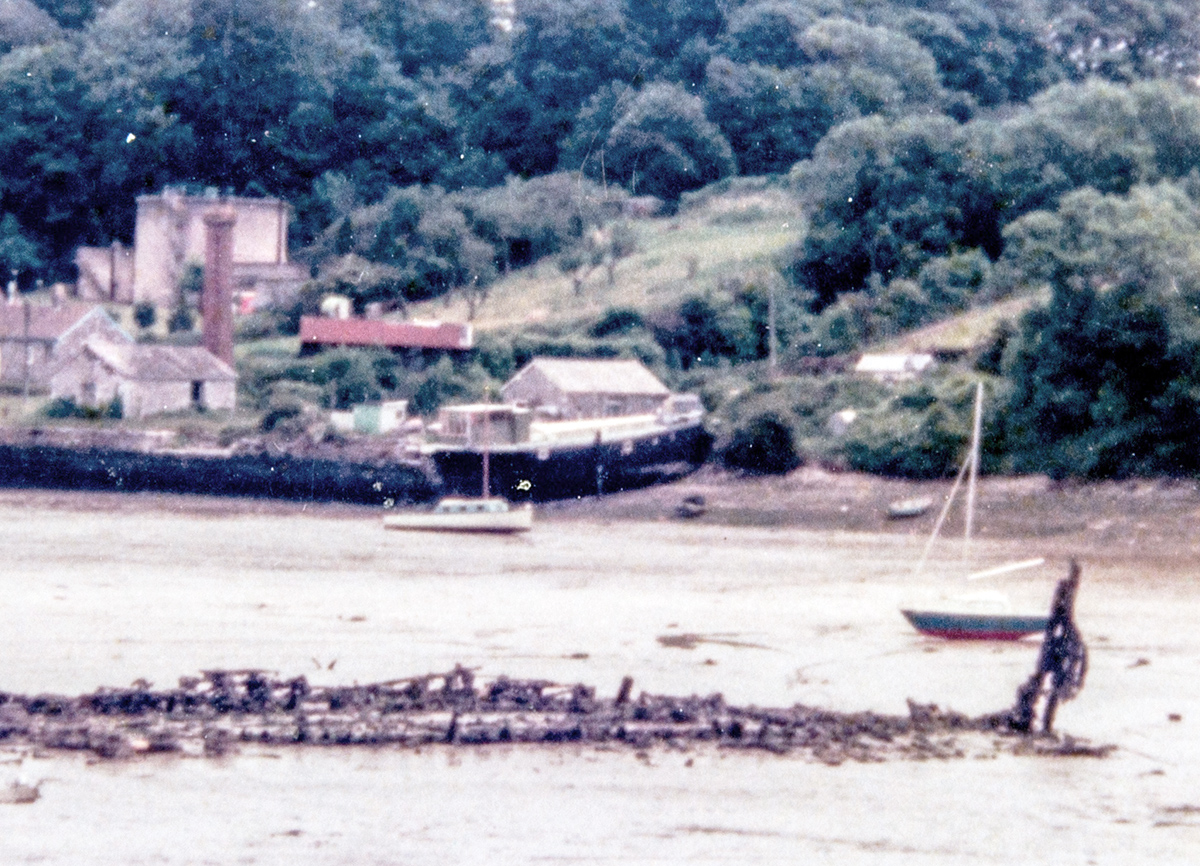