Remains of an unknown steel barge on the southern shore of Hooe Lake, near Oreston in Plymouth.

Nothing is known about the history of this unpowered or dumb barge other than it arrived at the boatyard between 2001 and 2005, by 2007 it was being used as a floating drydock and was alongside Flete Lady

on the west side of the quay. In 2010 the barge was moved to its current position to the east of the quay and the bow was cut off.

This steel barge sits on the foreshore of Hooe Lake and floods every tide. The barge has flat sides and a flat bottom with a flat fronted punt bow, the stern has been removed but is likely to have been of a similar shape. The bow of the vessel has been partially cut off and now lies nose down on the mud. 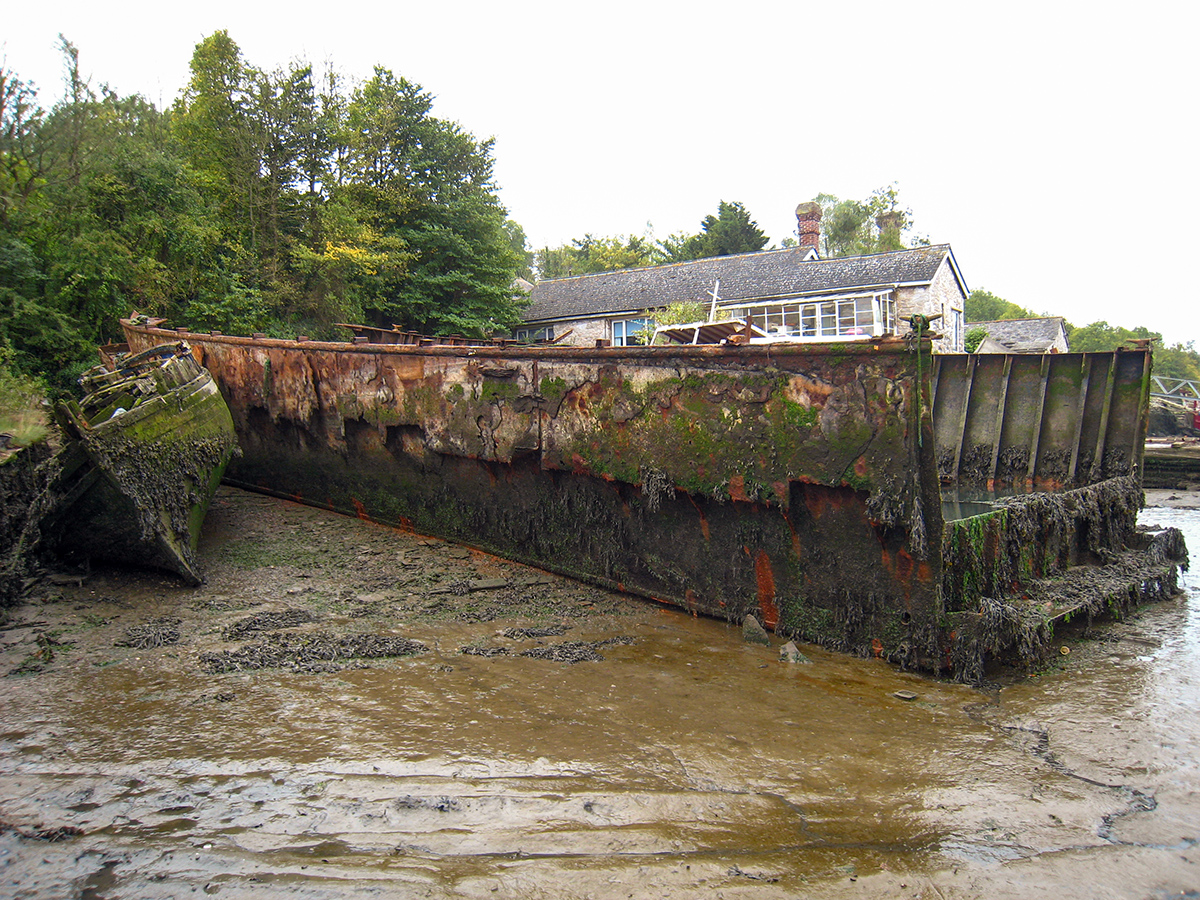 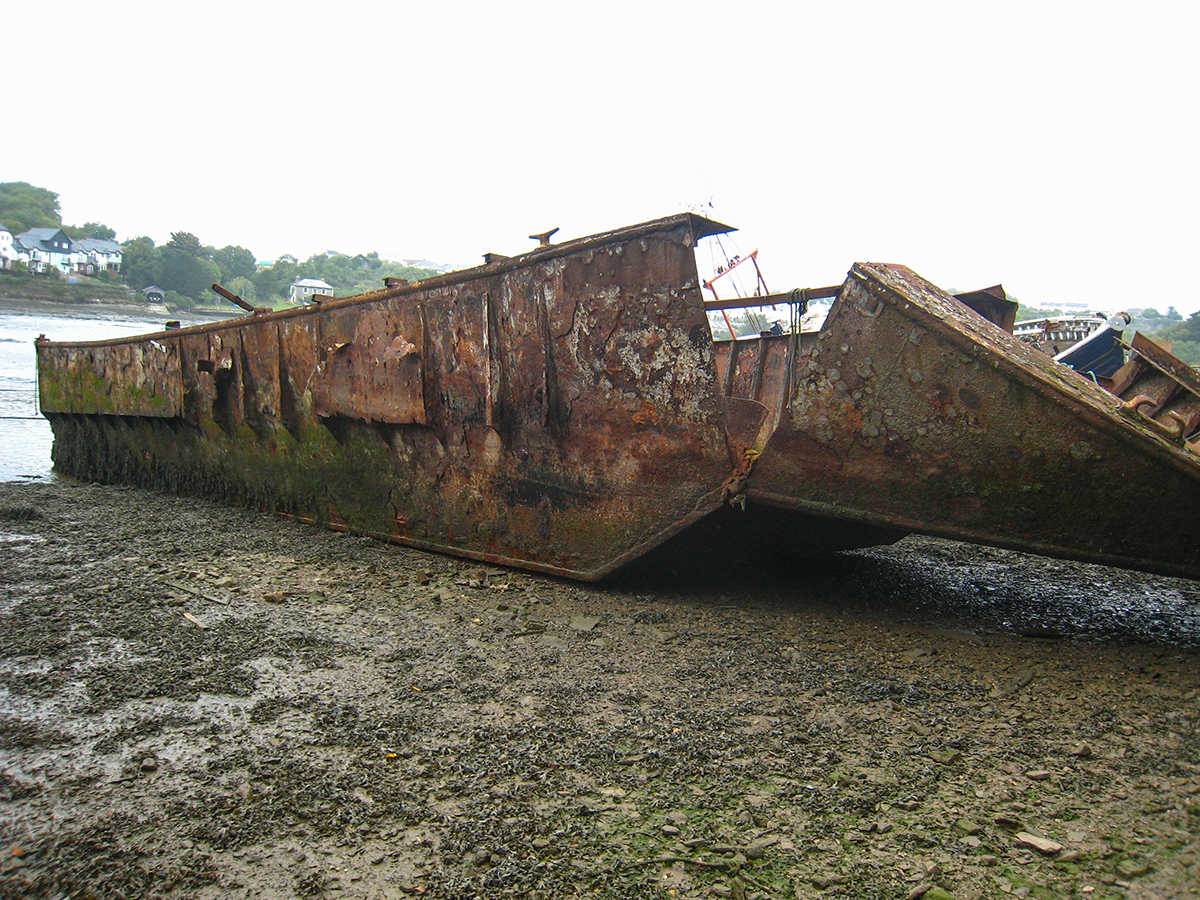 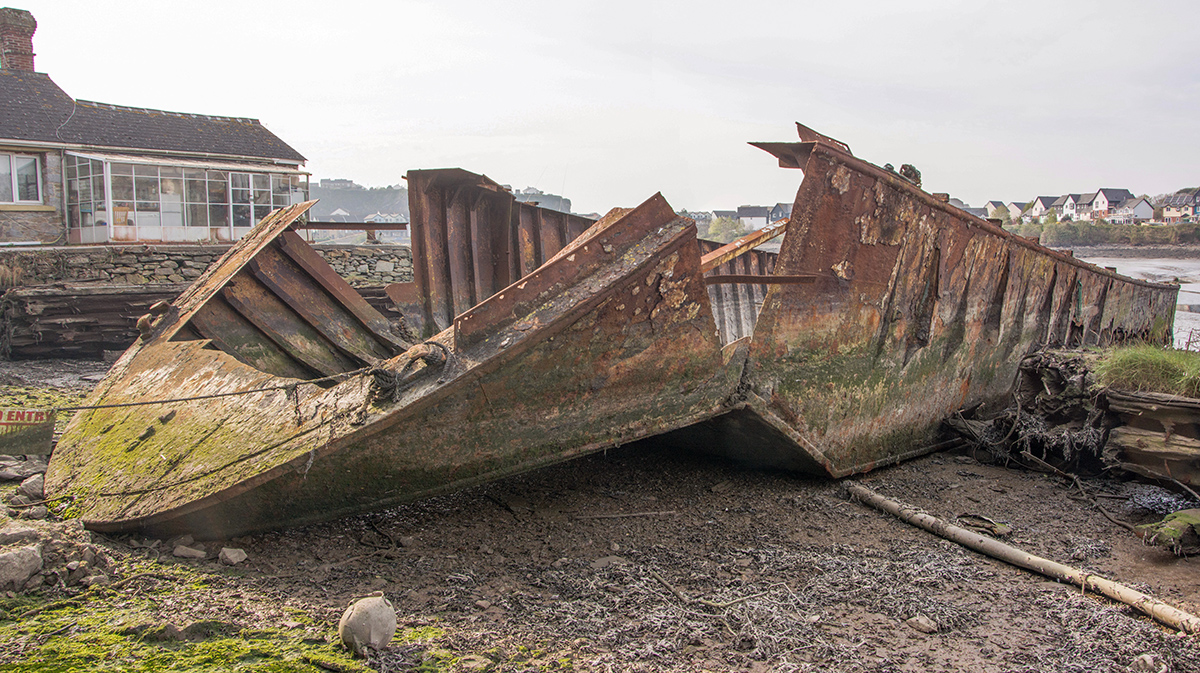