This much-photographed fishing trawler lies on the southern shore of Hooe Lake, near Oreston in Plymouth.

Very little is known about the vessel; the wheelhouse has the name Dignity hand painted on the headband but we have been unable to trace a ship matching that name and type. A photograph taken inside the ship suggests that the official number may be 361091.R.T. It has also been suggested that this is the French built trawler Mam Goz, the name means 'Grandmother' in the Breton language.

The ship arrived in Hooe Lake before 2001. By 2011 when the ship was photographed by The SHIPS Project, she had been stripped and vandalised and there was a hole in her port side so she flooded with the tide. The wheelhouse had a badly painted name Dignity on the headband. The ship was largely intact in 2016 but lying hard over on her port bilge, but by 2020 the port side had collapsed downwards, tearing where the sides meet the lower frames.

Nearby hulks include the trawler Acacia 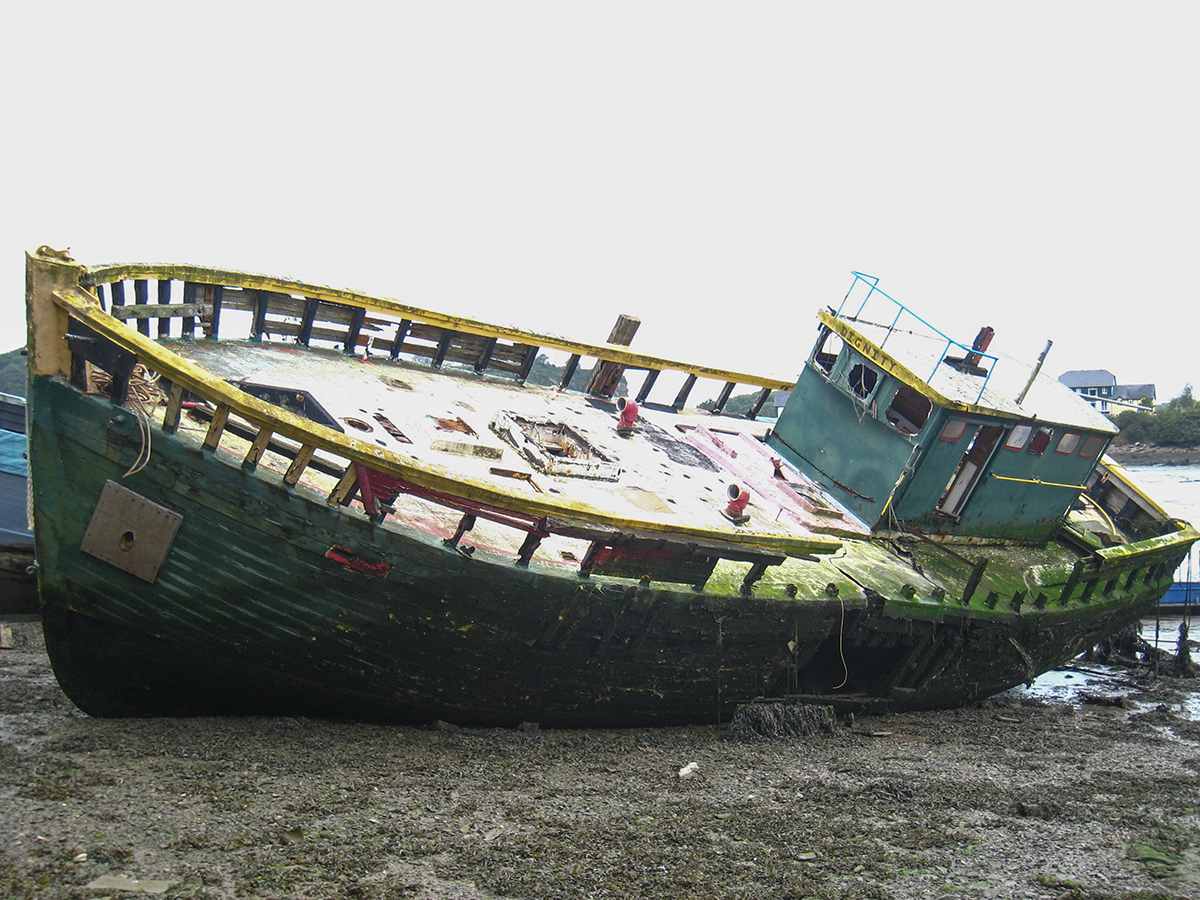 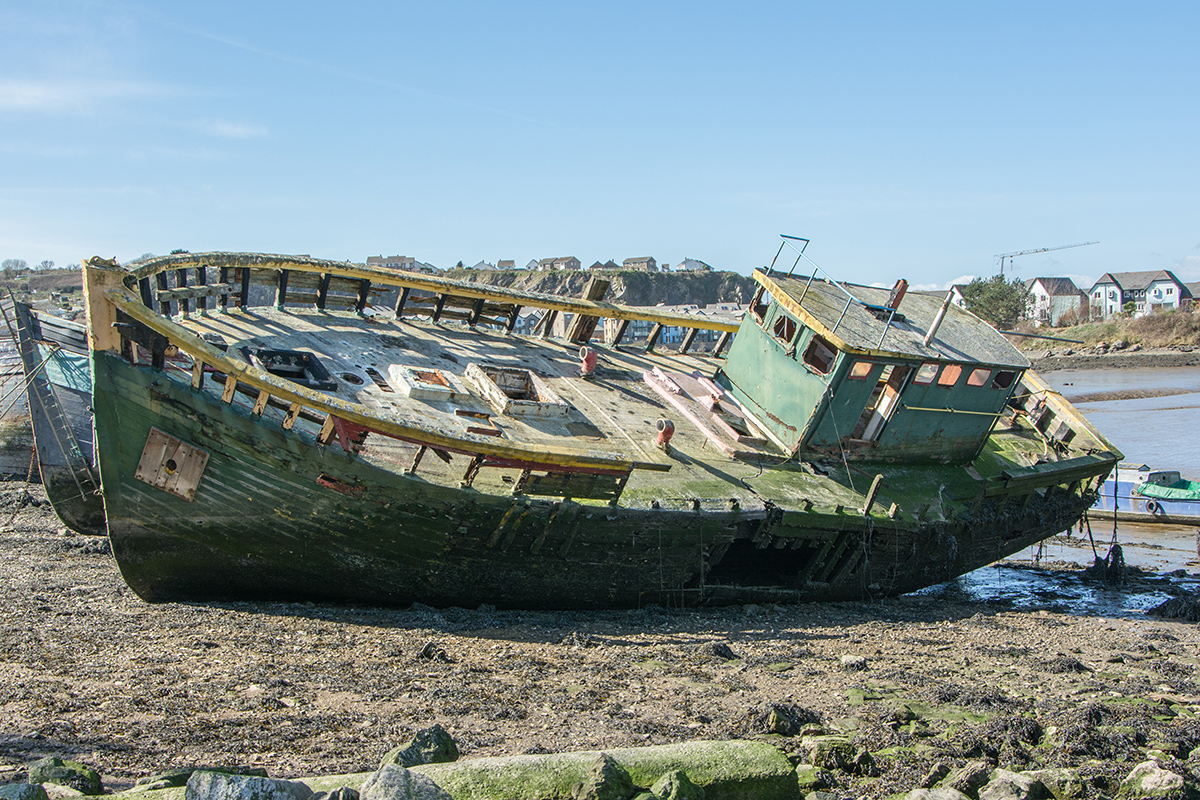 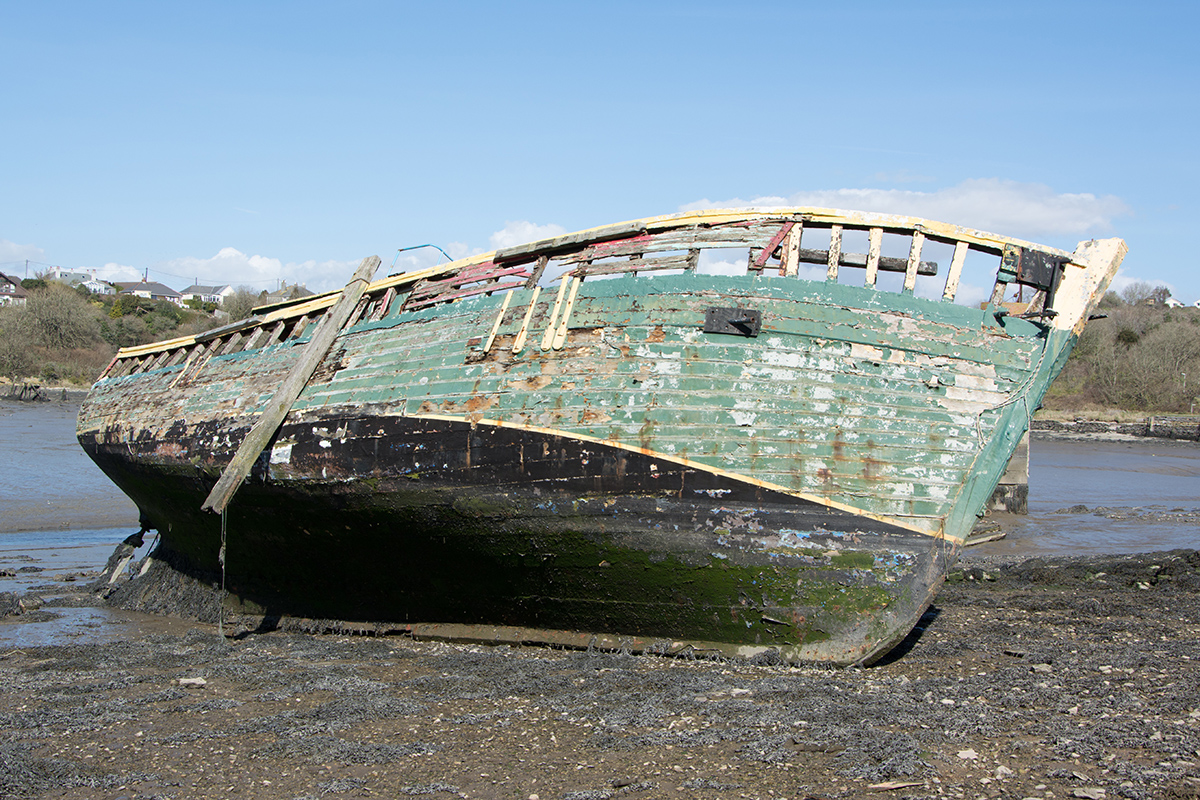 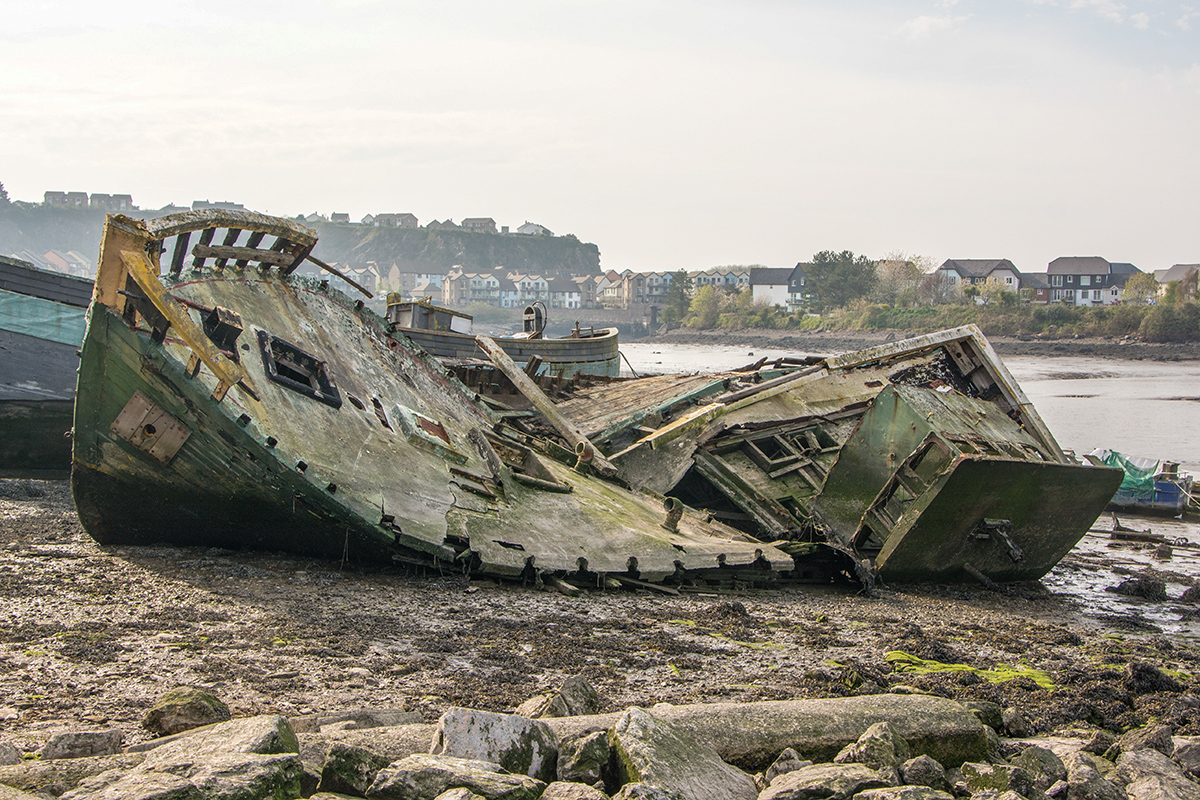 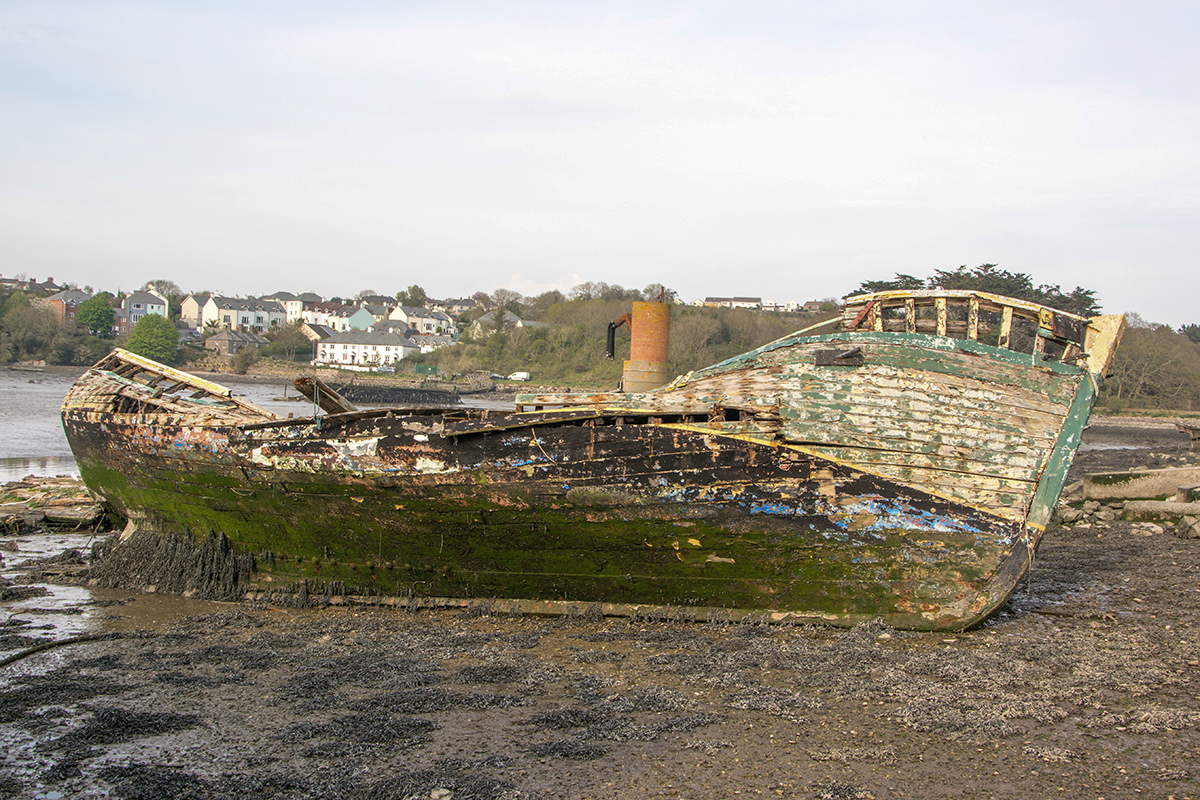