Modern fibreglass boat under the trees on the southern shore of Hooe Lake, near Oreston in Plymouth.

This unknown wood and fibreglass motor cruiser was abandoned on the shore of Hooe Lake around 2010, lying close to the remains of the houseboat Roger

Disposing of a fibreglass boat can be costly so sometimes the vessels are abandoned instead. One boat owner attempted to burn a fibreglass boat on the shore of Hooe Lake some years ago, not realising that burning GRP produces large amounts of thick black smoke, which led to the fire brigade turning up to put the fire out. Boat recycling schemes are an alternative, such as the one run by BoatBreakers

who specialise in disposal of end of life boats, they will arrange boat demolition across their network of boat disposal sites in the UK.

The blue and white painted 7m long timber and fibreglass vessel has a cabin forward and a well deck aft, the wheelhouse is now missing as is the inboard diesel engine. Extensive damage to the starboard side and the remains of a leg attached to the starboard side suggests that she may have fallen over and was damaged beyond repair, or perhaps the hole was put in her side to make sure she did not float away.

From Oreston, take the Lower Saltram road off Plymstock Road then turn right into Kingfisher Way. Follow the road down to the lake and there is a car park at the end. The remains of the vessel can be seen on the south bank of the lake. Take the footpath heading south under the folly and follow it round to the hulk, there is a gap in the bushes where you can walk through to the beach. Alternatively, walk round via the beach but take care as the rocks are slippery. The wreck partially covers at high tide springs so plan a visit to coincide with low water. 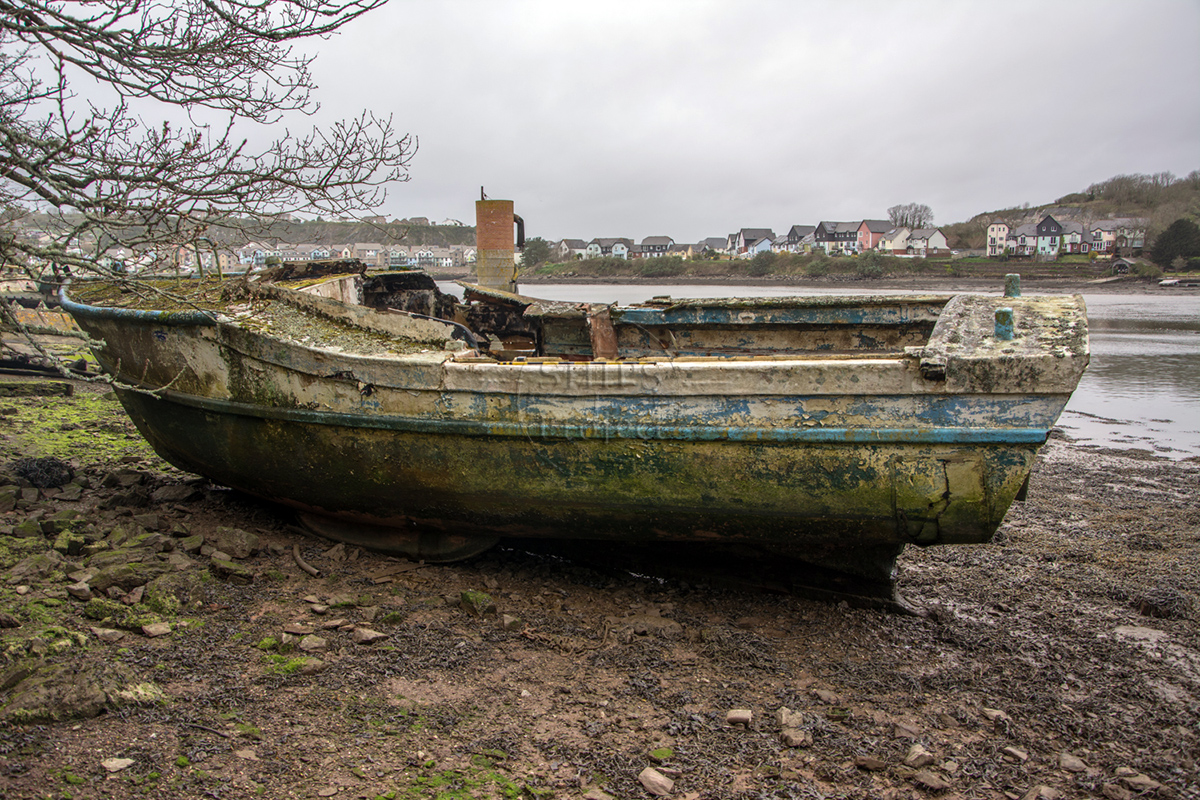 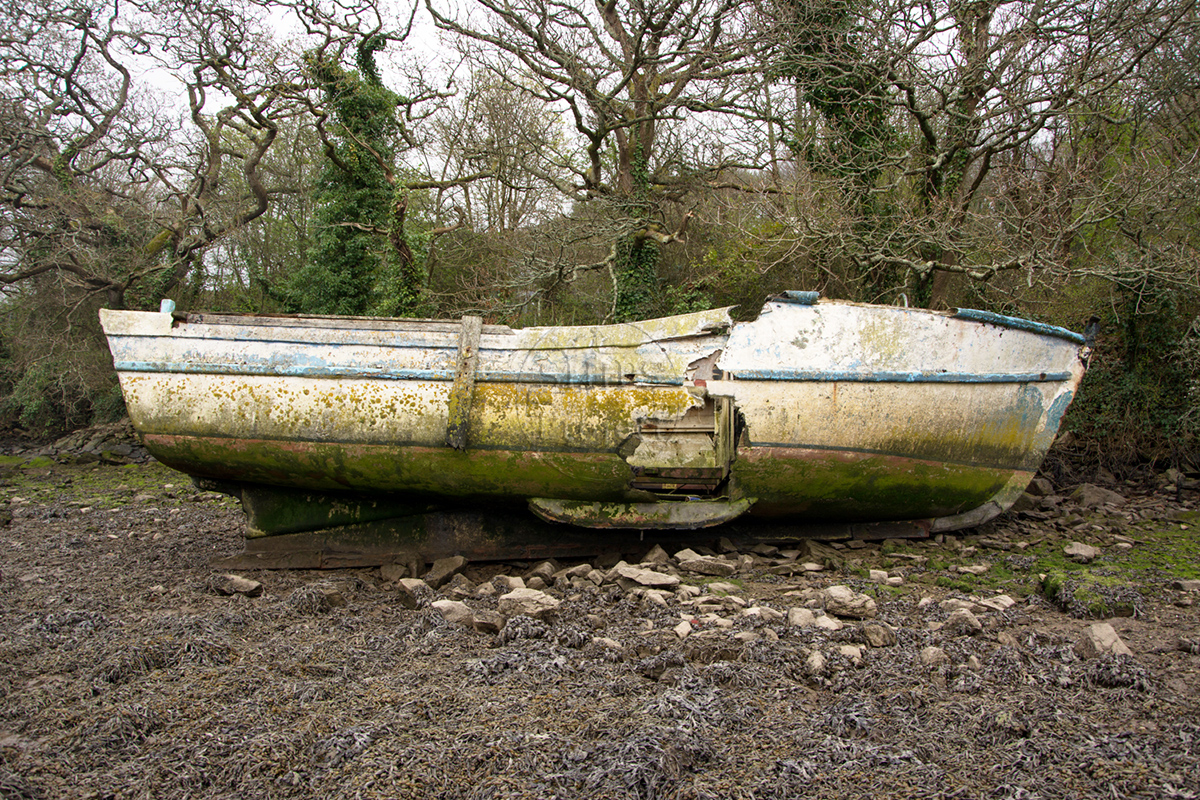 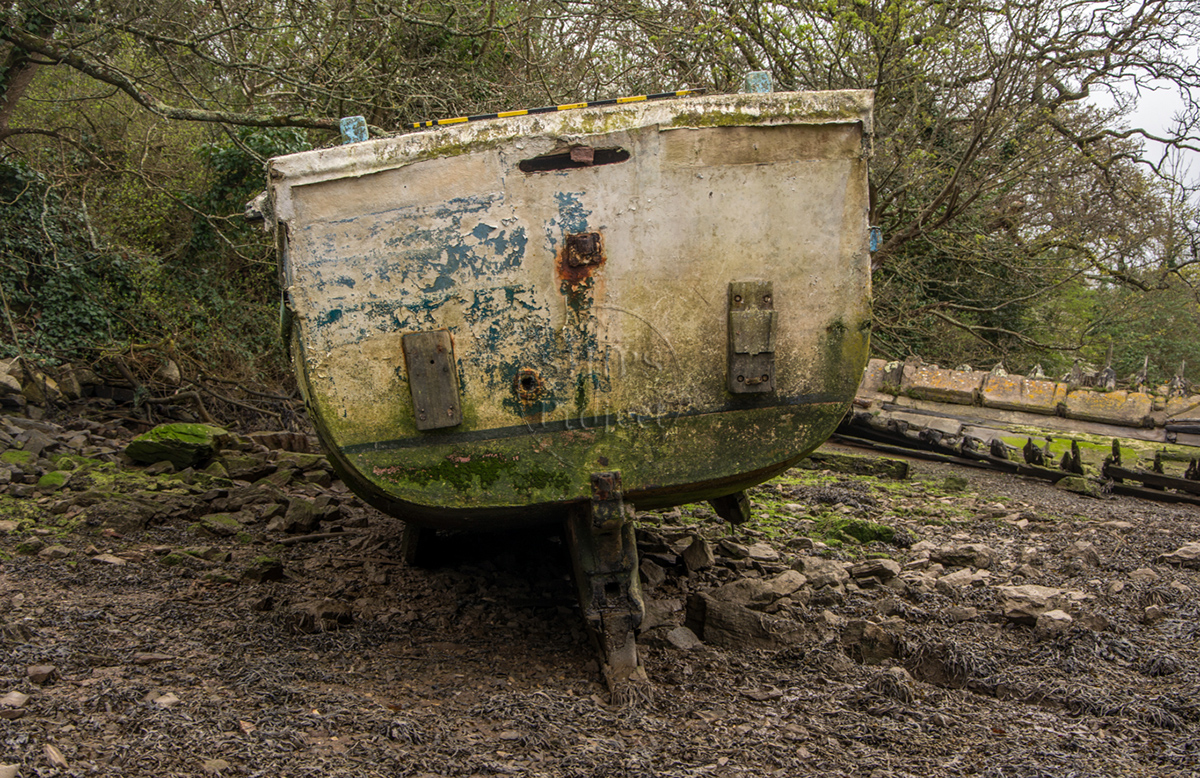 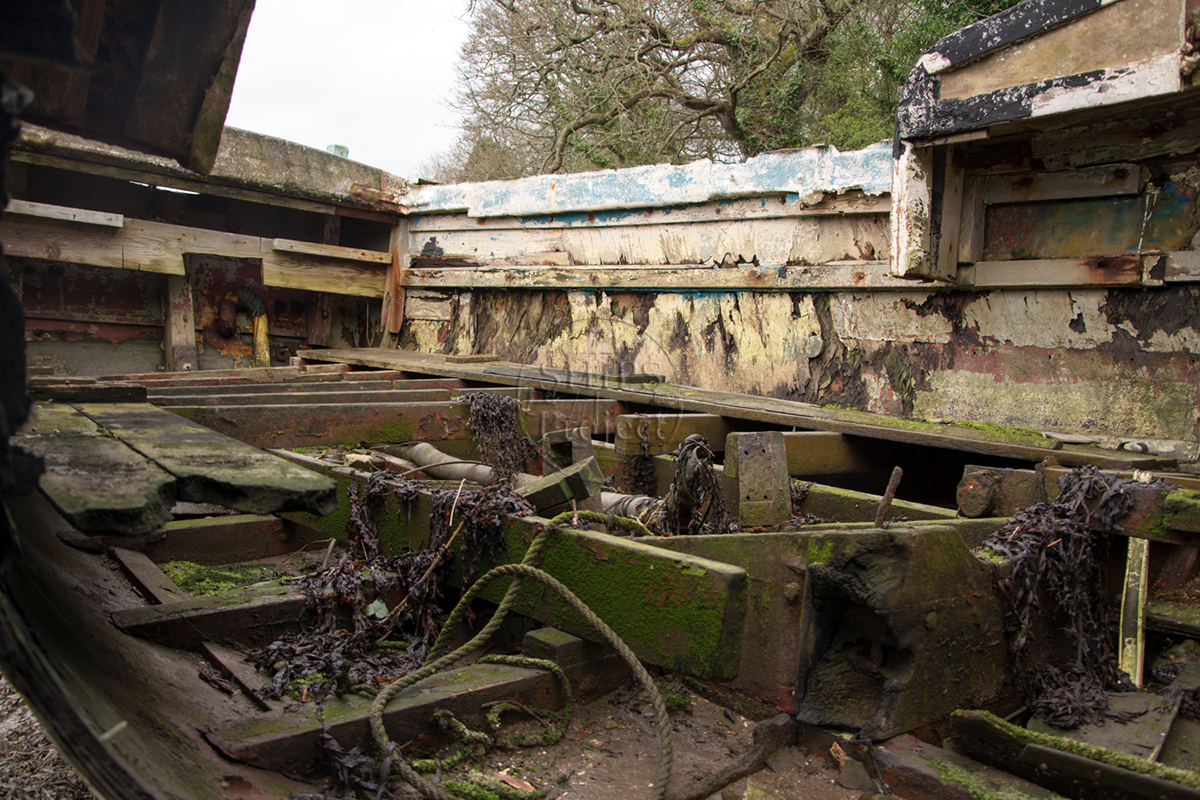