The remains of this schooner lie on at the eastern end of Sand Acre Bay on the River Lynher, Cornwall.

The Harry Herbert was built by Robert Jones of Rhyl in North Wales originally as a brigantine, first registered in Liverpool in 1860. Owners between 1860 and 1885 included Charles Jones, James Jones, David Davies and Alan Green of Liverpool. Sometime between 1874 and 1883 the Harry Herbert was converted to schooner rig. In 1890 she was bought by Dennis Murray of Courtmacsherry Co. Cork who used her in the coasting trade, but that year she collided with the steam trawler Dolphin at Milford Haven while carrying coal and was severely damaged. In 1909 the ship was in trouble again after a Royal Navy gunboat collided with her when anchored off the Nore in Kent. The Harry Herbert had the upper part of her stem and windlass damaged, headgear carried away, she lost her port anchor and 45 fathoms of chain and had to be brought into harbour by the tug Rescue.

In 1925 the ship was put aground in the Mersey off Crosby, Captain Fitzpatrick was injured by the spinning wheel when the vessel struck. At the same time the ketch Katie Darling was also wrecked and the skipper, Crosby, and his son rowed over to the Harry Herbert which was now afloat. Hearing the cry from Fitzpatrick; 'For God's sake come aboard and take charge, I am hurt', Crosby got on board, checked over the ship then brought the Harry Herbert safely to anchorage at New Ferry several hours later.

Newspapers from 1926 report that the Harry Herbert was wrecked in Carmarthen Bay on 3rd March after Captain A.J. Kelly and four crew were forced to abandon the vessel. The Harry Herbert left Kinsale for Liverpool with a cargo of timber the day before, but when 20 miles north of the Tuscar Rock a gale sprung up and a huge wave struck the vessel carrying away the foresail, compass and steering gear, and swamping the cabin. The ship was carried into Carmarthen Bay by the flood tide where she struck a bank and sprang a leak. The crew launched a boat, abandoned the vessel and rowed the eight miles to Llanelly. Twice the heavy seas nearly swamped the open boat which was eventually driven onto a slag bank near Llanelly lighthouse, the crew were thrown into the water but were able to wade ashore. However, records show that in 1926 the vessel was owned by Jeremiah Santry of Cork, which suggests that the abandoned ship was salvaged and the Harry Herbert was put back into service under a new owner.

Harry Herbert was sold to the Forward Lighterage Co. in London in 1929. Shipping and towing company R. & J.H. Rea Ltd. of Liverpool owned Harry Herbert from 1937 to 1940 then with the Excelsior she moved to Plymouth in 1947 under the ownership of Bellamy & Co. (Plymouth) Ltd., shipbrokers based at Millbay Pier who are still in business today.

The pair were sold as barges stripped of sailing gear to coal merchants John and Joseph Haskell of Plymouth and were used as coal hulks; loaded with coal and towed by Reynolds tugs to refuel steamships at anchor in Plymouth Sound. Langley and Small say that hand winches and the ship's own gear were used to manhandle the coal in baskets from the hold to the waiting steamship.

The Excelsior and Harry Herbert were beached and abandoned in Sand Acre Bay in the 1950s when they reached the end of their useful lives, they were stripped of timber and at some point the hulls were set on fire which destroyed much of what remained.

The schooner Harry Herbert is mentioned in Langley and Small's book Lost Ships of the West Country. Thanks to Jonathan Copp for the picture of the Harry Herbert in 1977.

The first picture taken in 1977 shows two mast steps forward on the keelson, indicating that her foremast was moved when she was converted from a brigantine to a schooner. At that time far more of the hull remained on the foreshore, as can be seen by comparing picture 1 with picture 4 taken 40 years later.

The Harry Herbert is the easterly of the two hulks, she was left lying on her port bilge with her bow to the shore. When investigated in 2017 by The SHIPS Project, the remains butt-jointed lower frames could be seen on the foreshore, these are doubled in pairs 305mm / 12in wide with 162mm / 8in spacing. The outer planking is 38mm / 1.5in thick but the thickness of the inner planking is unknown as none of the timber seen in 1977 remains today. The stem timbers have collapsed and are separated from the keel while the sternpost has fallen over and lies mostly eroded away with the rudder gudgeons and ironwork still in place.

Nearby hulks include Excelsior

Skipper Saves Schooner Which Rescued Him

Skipper Conway of the ketch Katie Darling wrecked in the Mersey, tells a thrilling story of how, after leaving the sinking ketch with his son, they rowed to the schooner Harry Herbert, which also had stranded on the Crosby revetment, but refloated.

On reaching the vessel, he heard a cry "For God's sake come aboard and take charge, I am hurt".

On boarding Harry Herbert he found Captain Fitzpatrick injured through the wheel spinning when the vessel struck.

Conway took charge, and, declining assistance from a tug and lifeboatmen from new Brighton and Hoylake, brought the ship safely to anchorage at New Ferry several hours later.

Meanwhile, Conway's ketch had turned over and is a wreck.

Before leaving his vessel, Conway sent up flares for four hours. After his box of lights was exhausted, he saturated his bedding and lanyards with paraffin and set them alight. 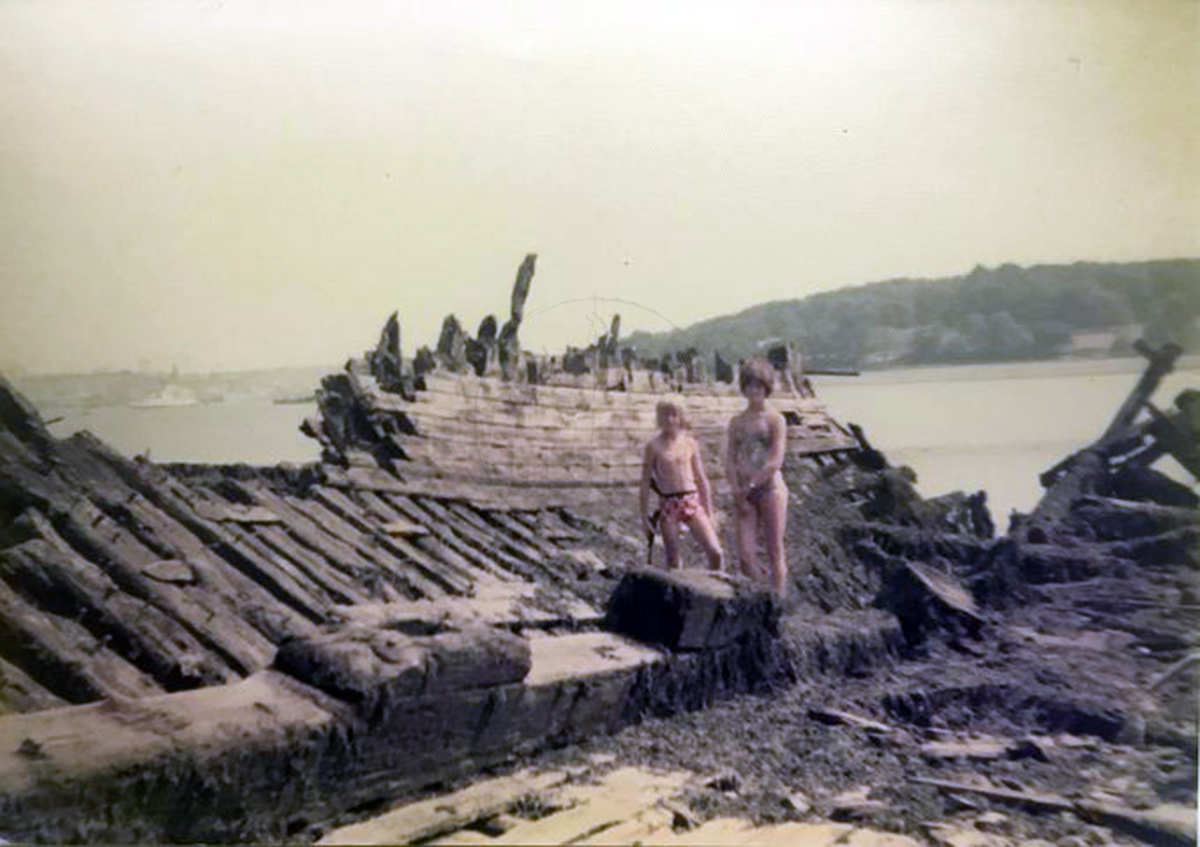 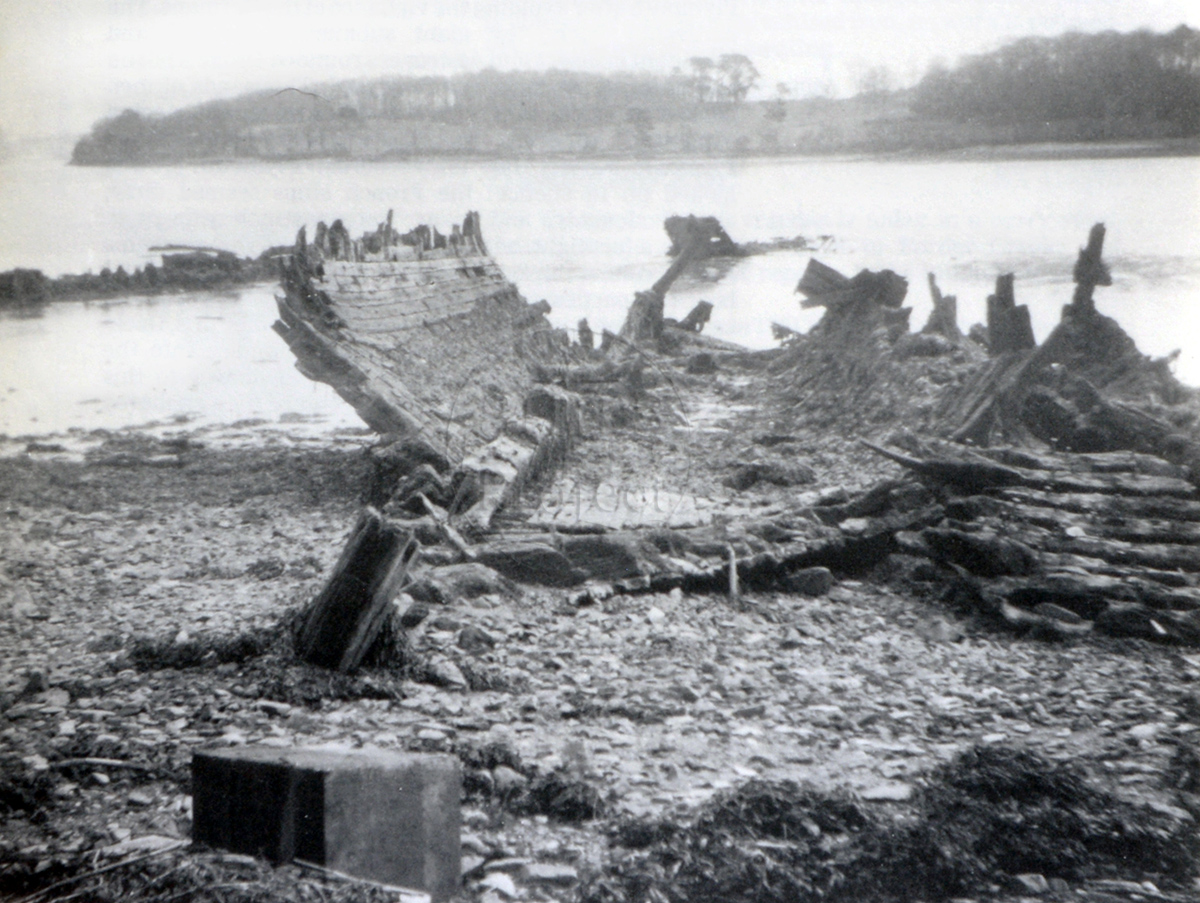 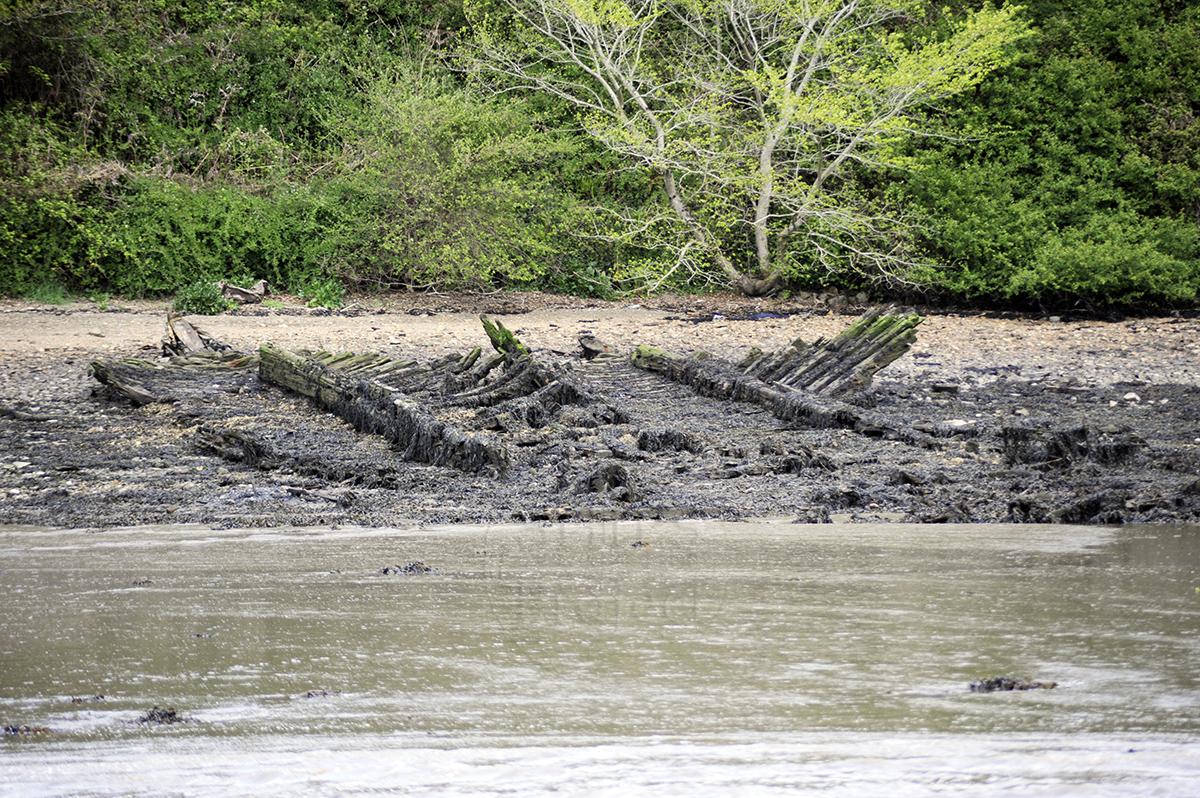 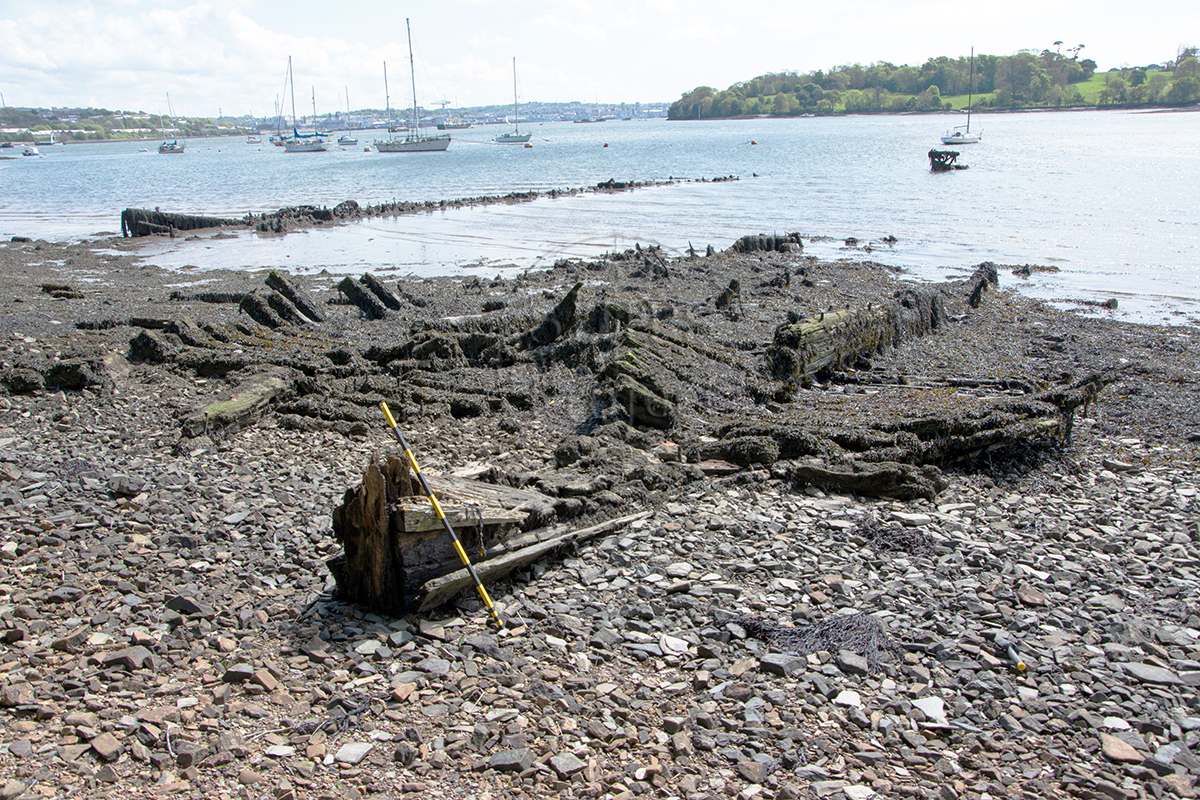 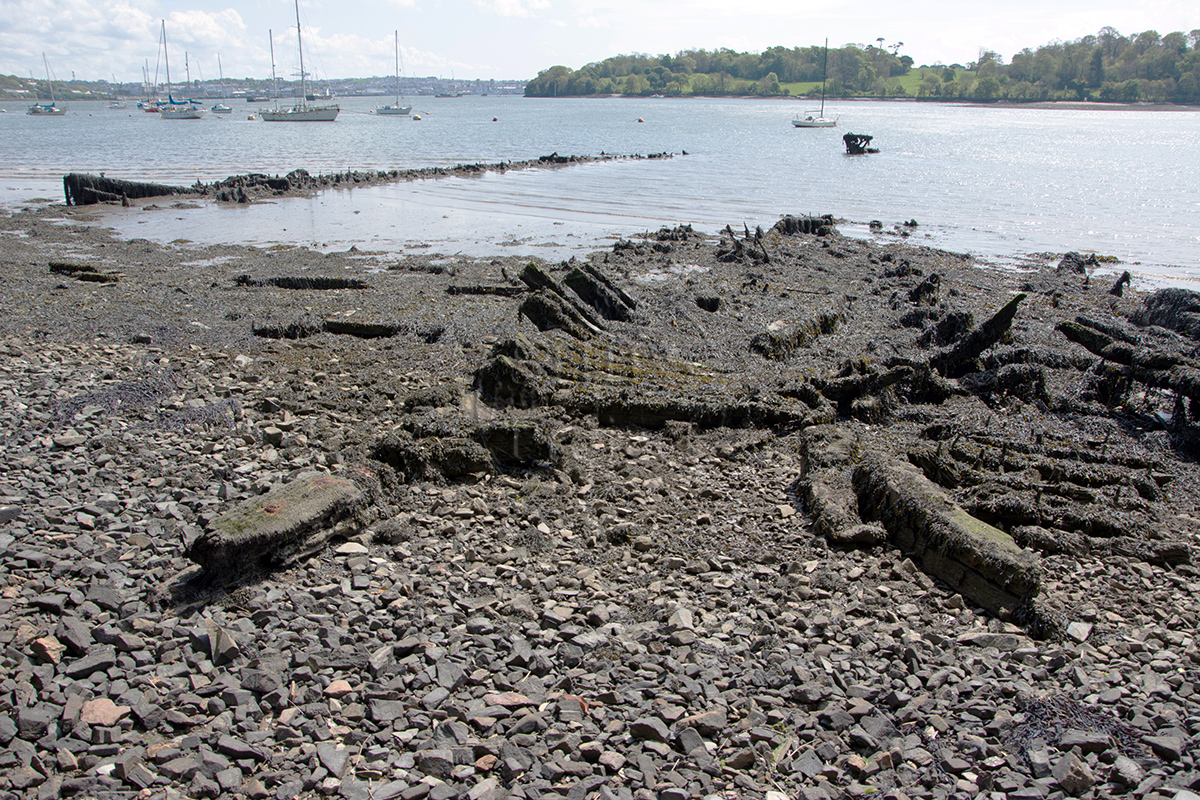 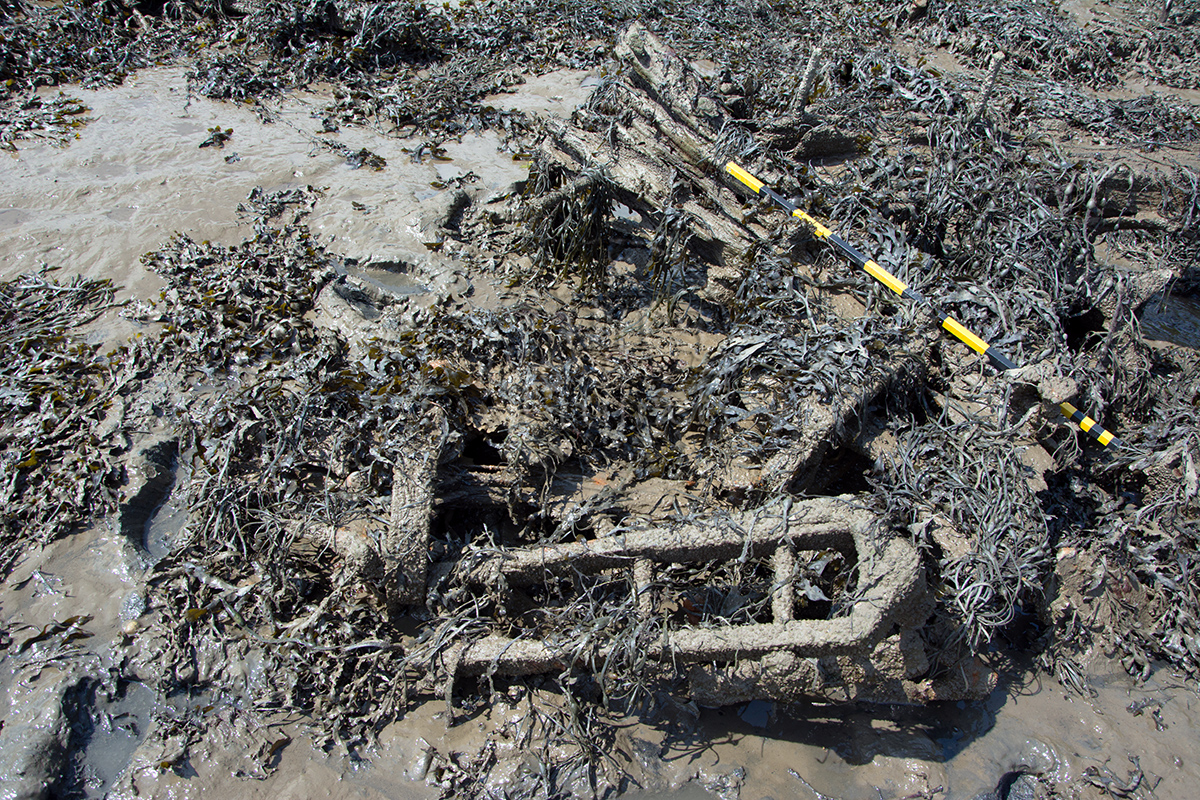