The remains of this WWII German gunboat is thought to have been cleared away from alongside dock during the development of Yacht Havens Dry Stacks in Oreston, Plymouth.

The 29.5m long Baltic Surveyor was built in 1943-4 in the Kroger shipyard at Hamburg as a gunboat for the German Navy. The hull was designed for high speeds and torpedo warfare. The story of this ship between the end of the war and 1976 is unknown, as is how she was given her name.

In 1976 the Baltic Surveyor was bought by Mr Watkiss with the intention that the vessel should be converted, refurbished and fitted out for high class chartering The conversion involved replacing the entire superstructure and all the internal bulkheads were replaced with steel watertight bulkheads with watertight doors. The accommodation was reconstructed to provide four double cabins and bathrooms furnished with high quality woodwork. The two 300 hp engines were rebuilt and many parts replaced. Financial difficulties then forced the sale of the boat in April 1991 when she was priced at £325,000, in July 1991 the price was reduced to £250,000 and in June 1992 to £195,000, but there were still no buyers.

It is thought that the Baltic Surveyor was salvaged and abandoned alongside the quay in what used to be the Breakwater Quarry in Oreston, and was removed during the development of the Yacht Haven Dry Stacks in 2007. 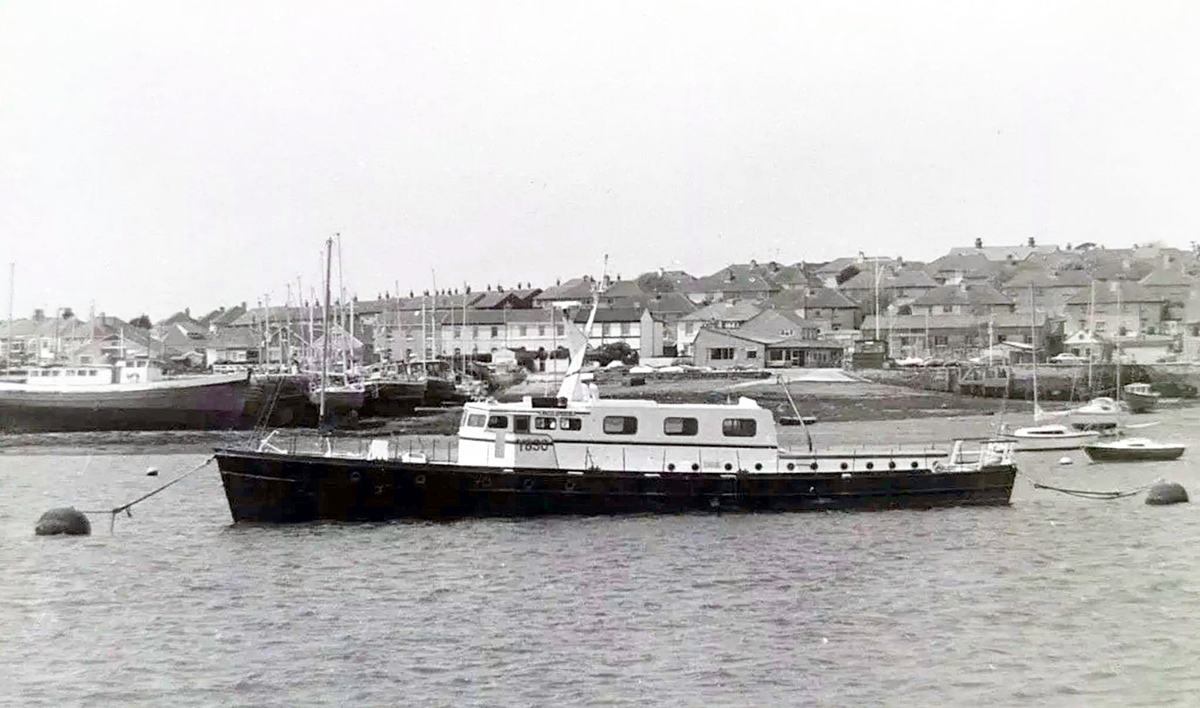