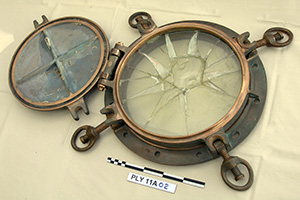 Gallery of things found underwater and on the beach 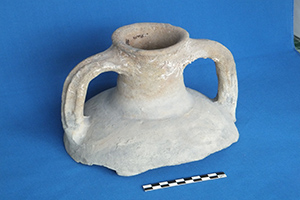 Objects and finds sorted by type 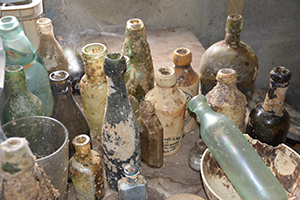 Advice about objects found on the beach or underwater 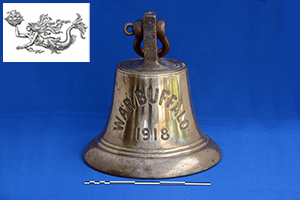 Recording objects found under the sea or on the foreshore. 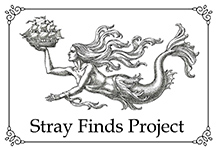 Divers have always recovered objects from under the sea; sometimes the objects have been taken from a shipwreck and sometimes they were found on their own. The object may be well cared for and be displayed on a shelf or it may be left forgotten in a garage. In most cases the objects have not been recorded or photographed so they are a missing piece of our shared maritime history.

The Stray Finds Project team is tracking down these lost objects, recording them and publishing what we find in the hope that they may help tell an untold story:

It is sometimes thought that divers do not find anything historically important, but from what we have seen it is not just brass and bottles! The objects may be a clue to a hidden shipwreck, they may provide the answer to a historical mystery or be the only surviving evidence of an event that happened many years ago. So far we have recorded many historical objects like cannons, ancient stone anchors and Roman amphoras.

How you can help:

The Stray Finds Project aims to record objects recovered from the sea, and the ihe information we record about the objects will be published on our website and on social media. The Stay Finds Project can provide conservation advice and also offers assistance to re-home any unwanted objects to relevant museums.

Objects Found Underwater and on the Beach

Objects of all ages and types can be found on the bottom of Plymouth Sound and its estuaries. Some objects will have been lost in shipwrecks, some accidentally dropped overboard, some deliberately placed in the sea, but all are part of the story of Plymouth.

People have been recovering objects from the seabed centuries, first by wading in shallow water, then using diving bells and dredgers, with standard dress divers but more recently by free swimming SCUBA divers. Some of the objects will have been recovered for profit to be melted down as scrap metal or salvaged timbers to be reused for a new boat or house. But many of the things found in the sea have ended up in the houses of the people who found them, displayed on the mantelpiece or left forgotten in the garage or garden.

The SHIPS Project team are interested in any of the objects that have been recovered from underwater as all will have a story we can learn about. We collect information about things that have been found then share it with other people who may have found something similar or are doing research. Often we get people telling us more about what we have found as they recognise something we have put on the web site that they have seen before.

For each object or find we take photographs and record some basic information, then put it all on a web page on this web site. For the more unusual or special objects we may also do a drawing of it as that can sometimes tell you more than just the photographs and description. The photographs and description can be done by you and simply sent to us to add to the site. For more important objects we like to photograph them ourselves so we either visit you to take photographs or borrow the objects for a day or two. All objects are returned to the finders, we don't keep any of them unless they are no longer wanted in which case we donate them to a local museum.

Objects recovered from the sea that have come from wrecks should be declared to the Receiver of Wreck. However, if you have not got round to declaring your objects yet then we can still add them to the web site as all the information is posted anonymously.

A few other objects not from the Plymouth area have also been included if they have a connection with a local shipwreck.

The SHIPS Project is a volunteer non-profit organisation that undertakes research and exploration of maritime historical sites and events, both on land and underwater.

The SHIPS Project is based in Plymouth, England, and the main focus of our work is centred on that city. Plymouth has a wonderful maritime heritage stretches from the Bronze age to the present day that includes maritime and shipping, military and aircraft, fishing, industrial and transport, piers, docks and harbours as well as Roman and prehistoric sites.