Farmer Simmons' abandoned barge lies under the trees on the north side of Tamerton Lake.

The barge under the trees on the north side of the lake was put there by the farmer the late Richard Simmons of Woodlands House. Simmons had a long association with motorboats, firstly in the RAF and latterly as the owner of a boat yard at Hampton Court. It has been suggested that the boat was abandoned there in the 1990s however what is probably the tugboat that put her there, Tamerton 1

, was photographed afloat in the lake in 1980, so this barge was probably abandoned that year. The tug was mentioned by Mr Miles, a relative of Simmons, "Sadly my uncle’s tug boat was destroyed in what is believed to be an attack upon it (not an accident) many years ago – thus the barge has lain dormant in this spot for years".

The locals soon nicknamed the barge 'Noah's Ark' from its shape. Simmons was an interesting character, one quote about him says "Mr Simmons used to stand in the field next to his house and say a sermon twice a day, early morning and early evening, harmless really". Simmons used to preach at 7am and 6pm, dragging a large cross while he preached. Simmons' house was destroyed by fire and he then moved in to a caravan on his land. 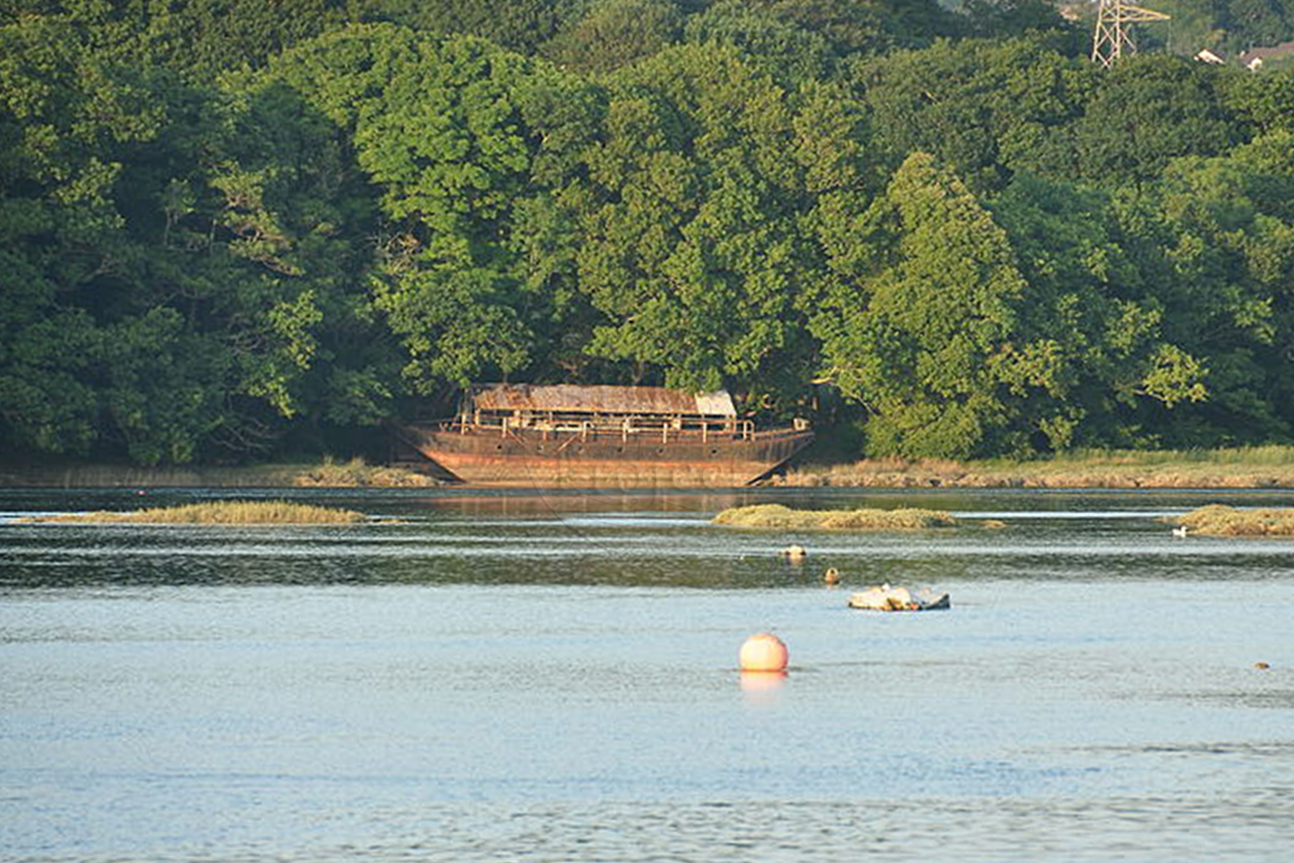 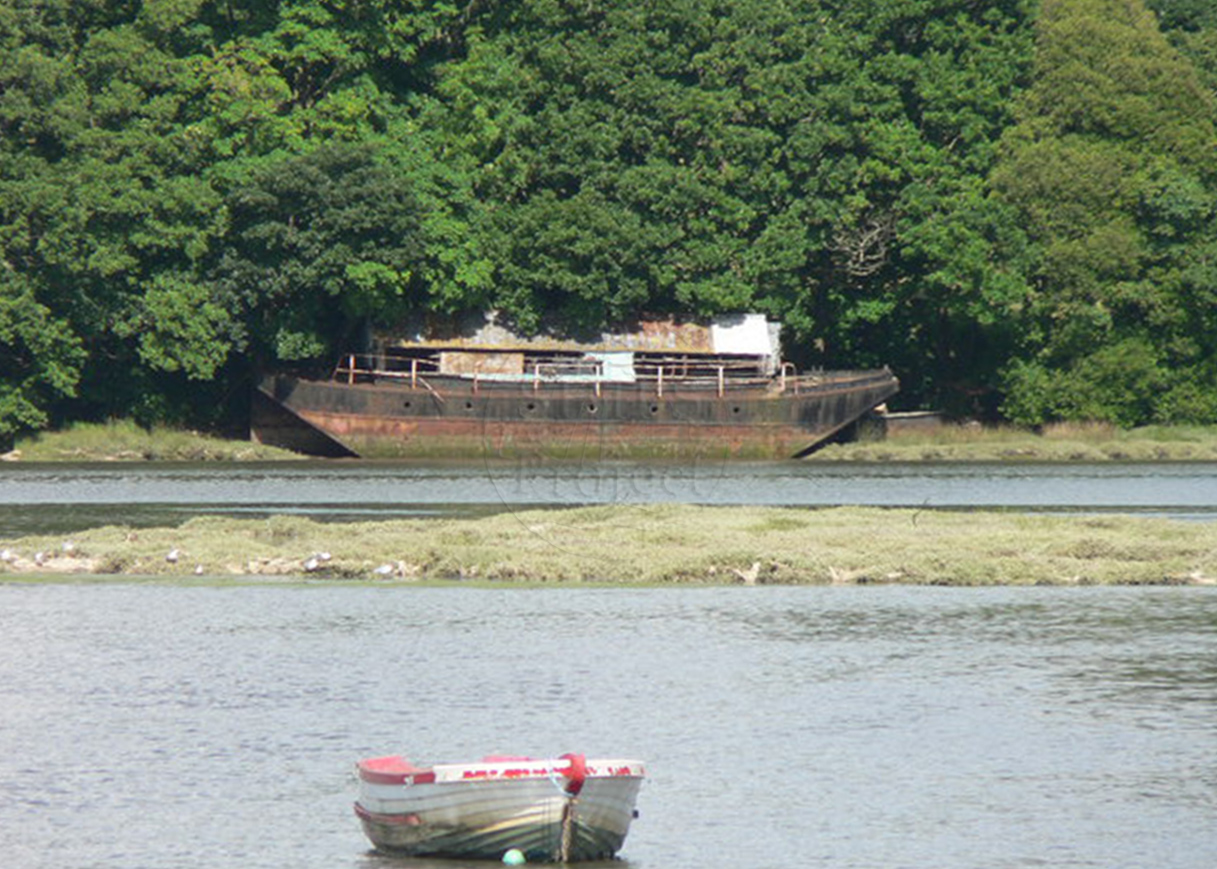