A ketch abandoned in Tamerton Lake.

The shipyard where this vessel was built are not known, but we do know that she was launched as a 59.4ft long cutter-rigged yacht in 1864 and was registered in Bristol in 1888 by Arthur Perry as the Desmond. An Appledore legend says that this ship was built in India for revenue protection work. Registered at Bideford in 1889 by John Moss the ship was renamed Iron King in 1890. The yacht was lengthened in 1891 to 74.5ft by being cut in half, the fore and aft parts dragged 15 feet apart, a new centre section fitted and she was re-rigged as a ketch. The ship was then drastically altered by John Westacott of Bideford in 1899, converted from a sharp-keeled yacht to a 77ft long flat bottomed working ketch that could be used in the coastal trade and safely take the ground when loading and unloading cargo. In 1903 she was registered at Bideford and in 1909 she was bought by William Acford of Appledore.

In 1927 the ship was renamed Saltash, Captain Alf Taylor of Calstock sailed her for many years on the Tamar and in 1928/9 she was reported to have had a new keel fitted at the Goss Brothers yard near Calstock. By 1930, Jefford & Sons of Saltash owned the vessel and used her for shipping stone from their quarries. The Saltash had a 30hp auxiliary engine fitted in 1922 and again in 1944. This vessel ended her days as a houseboat for the Boy Scouts in Tamerton Lake having been sold off in the 1950s.

This vessel was identified as being a Tamar barge by Langley and Small in their book Lost Ships of the West Country, however this vessel was a ketch which did not share the same characteristics as a Tamar barge. Merry includes the Saltash in his earlier book Shipping and Trade on the River Tamar and correctly identifies this ship's type, but suggests that she was hulked at Forder and later said to John Cotton that this information was unreliable. Read just copies Langley and Small in his Tamar Hulks Survey, and the Plymouth University student surveys by Davies et al in 1998 and Bellamy et al in 1999 appear to incorrectly identify the remains of Tamerton 1

as being the Saltash.

When John Cotton photographed the remains of this hulk in 1981, all that was left was a section of keel and the lowest outer planks. Analysis of the timber from the bow and stern may have provided clues about the origin of the vessel as the species of timber could confirm that the ship was built in India. Sadly, all that is likely to remain on the foreshore will be timbers from the bottom of the ship which was replaced in 1899 and so will probably from UK species.

We have been unable to locate any timbers remaining from this vessel, but the actual location where John Cotton saw the timbers is not known so more investigation is required.

The position given below has been estimated from transits taken from photographs.

"From there we walked further up the road and round the bend, looking down into the lakes edge. We noticed in the fence there was an old gateway. The path down to the waters edge was a bit over grown, but we all made it down and there was this long keel.

We measured the remains of the keel after a bit of bother with 'welly' boots and mud not liking to part company, and it measured 67ft. You can see that the far end is missing, so it must be a bit longer. The ‘Saltash' was 74•4 ft long. So I believe that this is the ‘Saltash’.
I put my findings to Mr. Ian D. Merry, who wrote the Monograph No 46, and he agreed that it is more likely that this is the ‘Saltash’ all though he has not seen the keel in Tamerton Lake. Mr. Merry said that he got the information from a very old gentleman who may have got the name wrong." 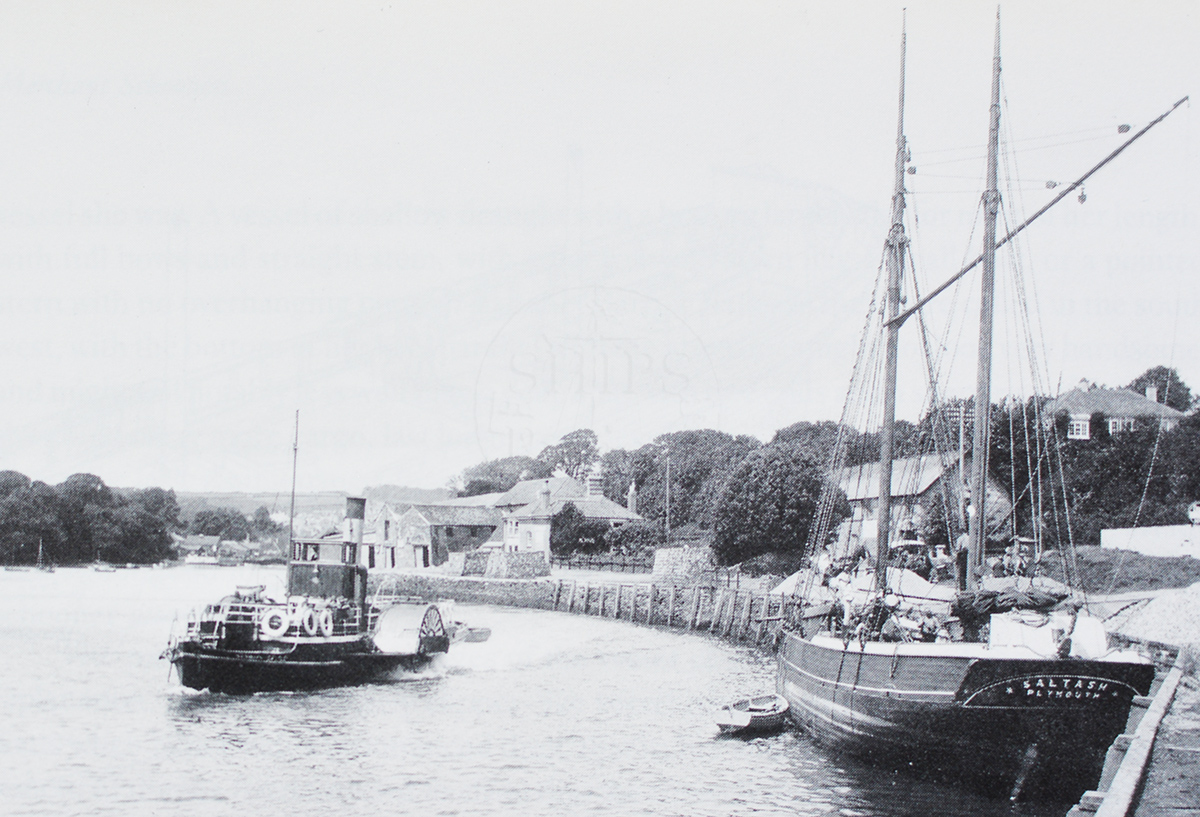 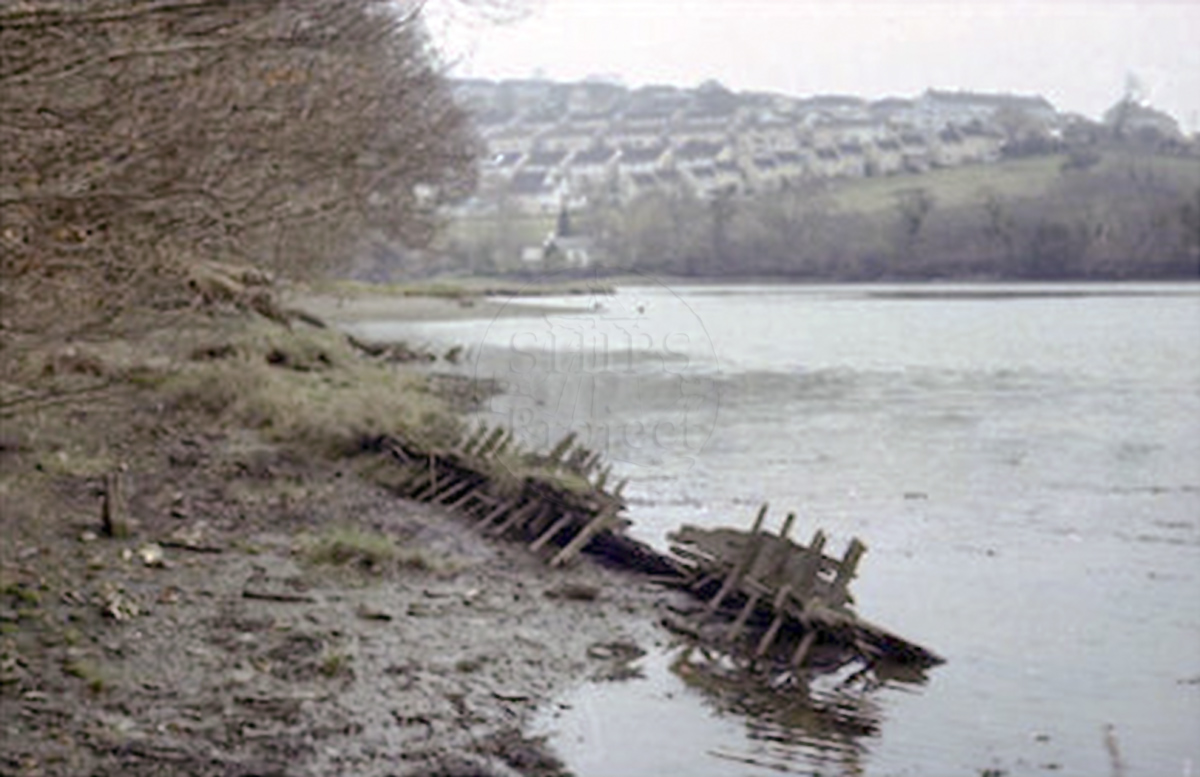 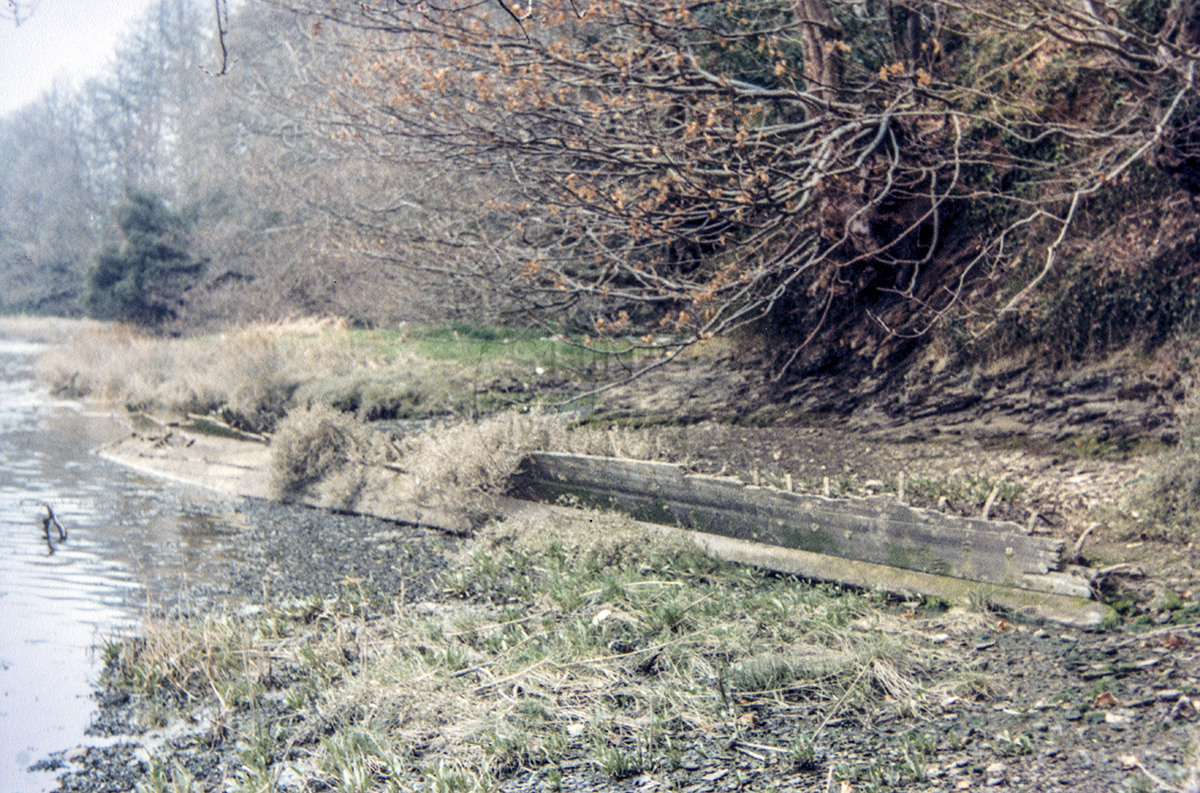 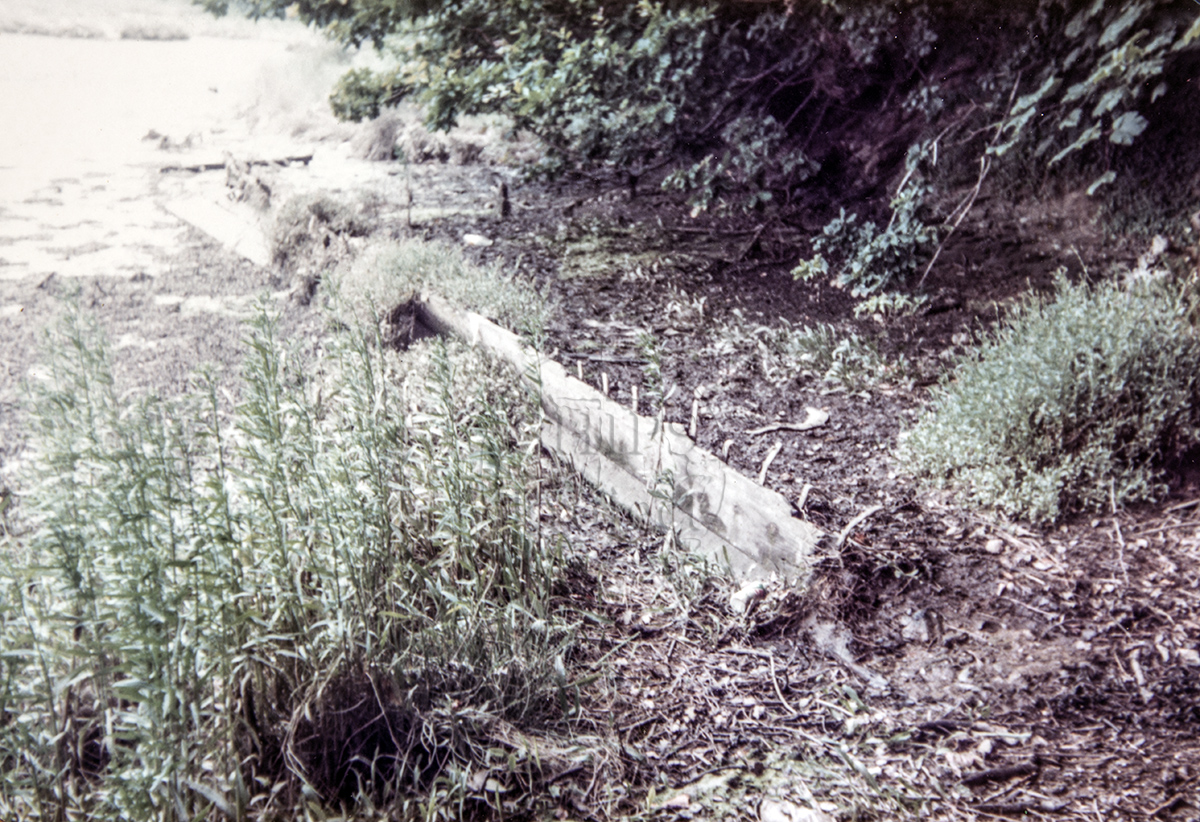