The yacht Roy Fra Masnedo was one of a number of boats used as the foundations for Carbeile Wharf.

The 97 ton yacht Roy Fra Masnedo of Falmouth was notable for having been rescued by the Plymouth lifeboat Thomas Forehead and Mary Rowse II. The lifeboat towed the 94 ton ex-Baltic trader from just south of Burgh Island to Millbay Docks on the night of 1st May 1977 in a fresh to strong north-easterly, a long and hard tow in a rough sea.

The owners of the Carbeile boatyard extended the wharf along the foreshore, Brian Jones saw the wharf being built and took some photographs (Photos 2 and 3). Along with the Roy Fra Masnedo were a cut-down steel-built Admiralty vessel, barge Fowey No. 2

This vessel is now buried under the wharf at Carbeile near Torpoint.

Nearby hulks include the Reine des Flots 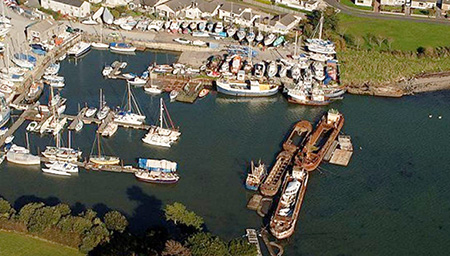 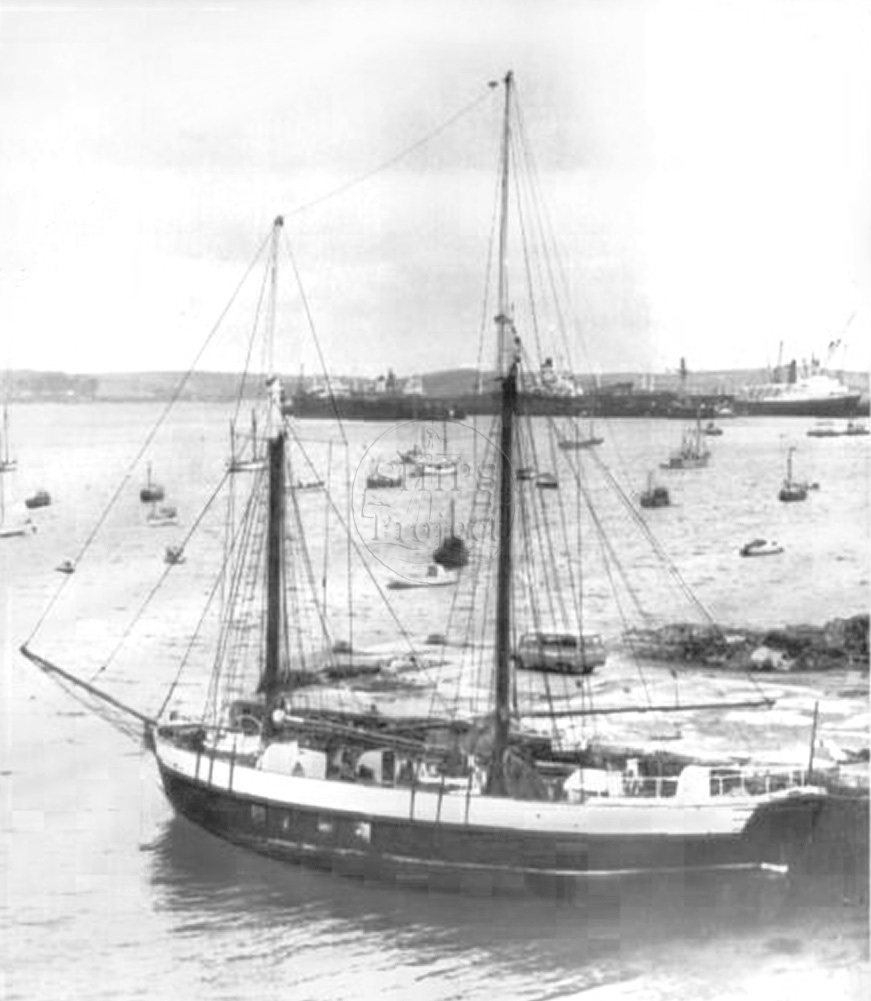 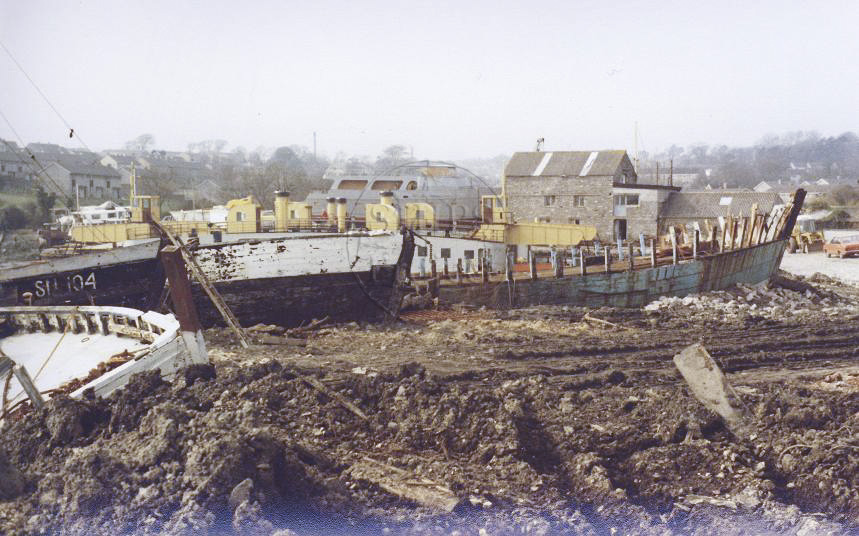 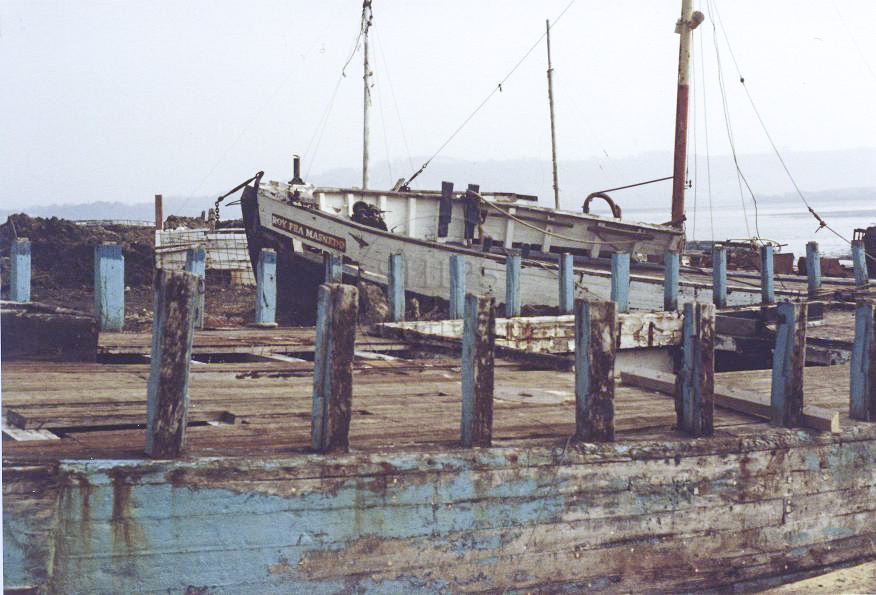