The remains of the ketch Maggie Annie were thought to be abandoned at Treluggan Quarry, north of what is now Treluggan Boatyard.

The ketch Maggie Annie was built in 1881 by F.J. Carver on the East Quay at Bridgwater in Somerset and was owned by Richard Hillman of Epney in Gloucestershire.

The ketch arrived in Plymouth in February 1899 on a voyage carrying oats from Youghal in Ireland to the Great Western Docks in Plymouth, but a storm came through so the Maggie Annie rode it out in Plymouth Sound with both anchors down. While at anchor, the steamship Balboa collided with the ketch when shifting her anchors, bumping her three times, damaging the ketch's bulwarks and carrying away her bowsprit. One anchor cable broke under the strain and the other anchor dragged, leaving the Maggie Annie to drift onto the rocks of Mount Batten, just under the rifle range in the corner of the beach. The events happened so quickly that the two tugs on standby, Sleuthhound and Stormcock, could not effect a rescue before the ketch went ashore. The Mount Batten coastguard hoisted a distress flag, the Plymouth lifeboat was launched at Millbay and the rocket rescue apparatus was deployed on the beach. The rocket line was launched across the ketch and the crew made it safely to shore apart from Captain W. Roberts who remained on board. The tug Reynard appeared, got as close as possible and threw lines across to Roberts on Maggie Annie while the lifeboat stood by. The tug Reindeer joined in and being smaller managed to get closer than her sister ship Reynard, they got a rope to Capt. Roberts who secured it to the grounded ketch, but the rope soon snapped when the tow was taken up by the Reindeer. After a number of other unsuccessful attempts they tried using the towrope from the ketch, this seemed strong enough for the job and Reindeer succeeded in towing the ketch off the rocks. Captain Roberts quickly unshipped the last remaining anchor cable as it was still laid out where the anchor had dragged, then the tug pulled the Maggie Annie upwind into the middle of the Sound. The ketch had lost her rudder, damaged her bottom and was slowly filling with water, so the tug Reynard was lashed alongside the ketch and the two tugs then moved Maggie Annie into Sutton Harbour and beached her near Shilston's yard where she could be repaired.

In 1900 she was owned by William Drake of Braunton in Devon engaged in general coasting trade. In September 1908 the ketch was on a voyage from Kenmore in Ireland to Braunton in ballast when she was reported missing, but later it was found that she had encountered rough weather and had run for shelter, delaying her voyage.

In 1911 she was bought by William Corney of Wrafton in Devon, in 1918 by Frederick C. Corney of Wrafton. A 1922 newspaper advertisement by F.J. Carver & Son mentioned that they had built two ketches, the Maggie Annie and the Irene, which suggests they were particularly proud of both. By 1922 Josephine Hobbs of Appledore owned the ketch, and in that time only made the newspapers for having grounded and stuck at the entrance to Topsham harbour on a voyage from Swansea.

In January 1933 the Maggie Annie was reported to have been in Plymouth along with the Englishman, the three-masted barquentine Francis and Jane owned by Westcotts, the Janie lying at Oreston, the schooner Millom Castle

and the C.F.H. from Barnstaple, plus the Hobah and Cecilia from Bideford.

From 1933 the Maggie Annie was used in the stone trade, first owned by Kimberley G. Foster of Tideford in Cornwall then sold to Treluggan Granite Quarries Ltd. In WWII the Maggie Annie was laid up at Treluggan Quarry where she suffered blast damage from a nearby bomb in 1941. Later her engine, mast and spars were removed and the ship abandoned. A gorse fire on the bank next to the ship in 1976 set the boat alight and destroyed her upper deck, then the quarry owner tried to demolish the hulk using dynamite but was not successful.

The ketch Maggie Annie is mentioned in Langley and Small's book Lost Ships of the West Country and the location of the hulk was identified by them. However, this vessel has been misidentified as the photograph of the hulk they took at the time is of a small Tamar barge, not a 76.5ft long ketch.

John Cotton also investigated this hulk in the 1980s:

'When I was looking for the ‘Millom Castle’ and the ‘Lynher’ at Poldrissick I was also looking for the ‘Maggie Annie’ as I knew she was down the Lynher River by an article in ‘The Shipping & Trade of the River Tamar’. I found the first two but not the ‘Maggie Annie’. So latter on I was talking to the farm owner and he said that there was another wreck farther down the river and he named a place beginning with ‘T’. Looking at the map when I got home of the area I pinned it down to Trevollard. The next time out over in Cornwall I went down to Trevollard and there in the distant I could see the remains of an old schooner. She was not at Trevollard but at the old quarries at Treluggan Manor. When I arrived at the manor I meet the handyman in the grounds. I asked him if it would be all right if I went down to the quarries. He said it was all right by him but if the owner caught you, look out. So down I went. There was the ‘Maggie Annie’ down beside the quay and there was no way down to her.' John Cotton

Nearby hulks include Tamar barge Lynher

for traditional sailing voyages from a single day to a week in the areas around the West Country, the Scilly Isles and the West Coast of Scotland. 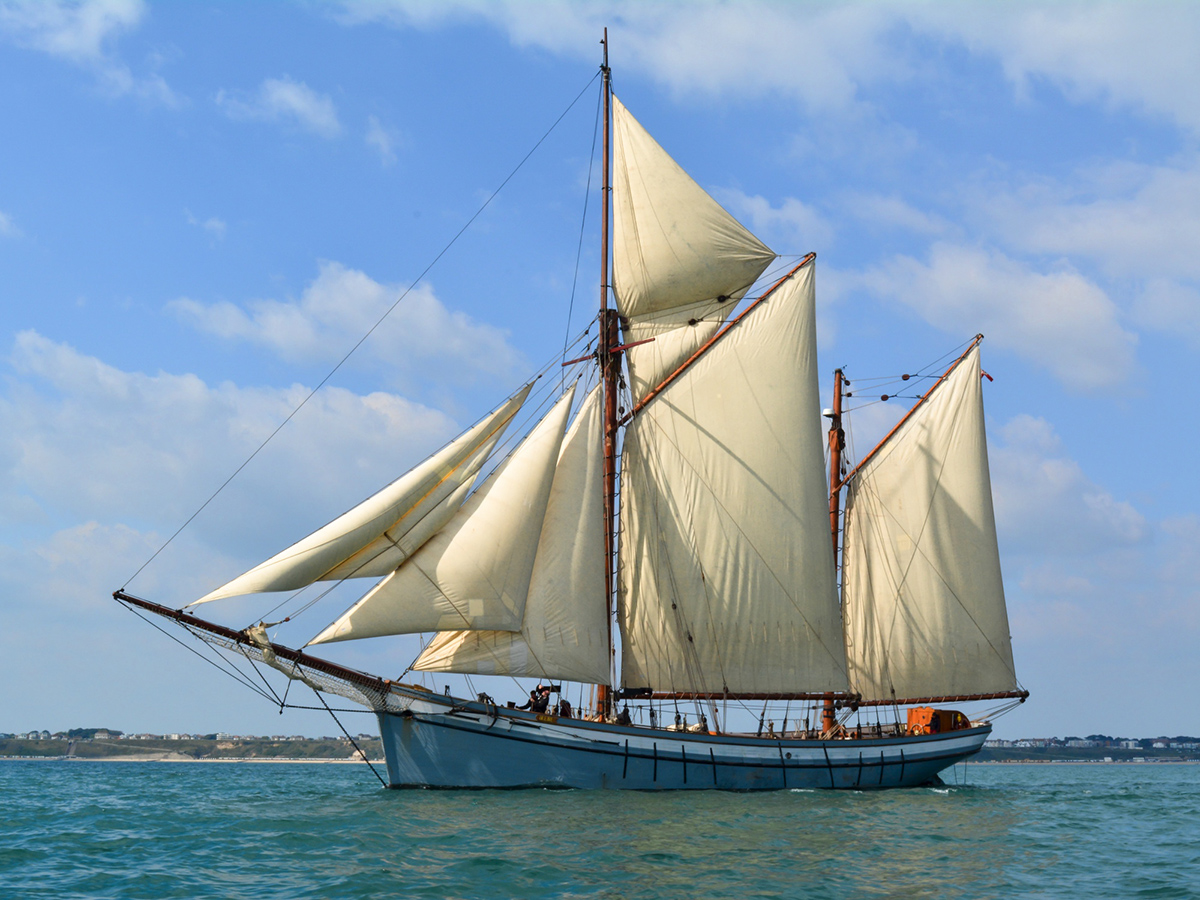 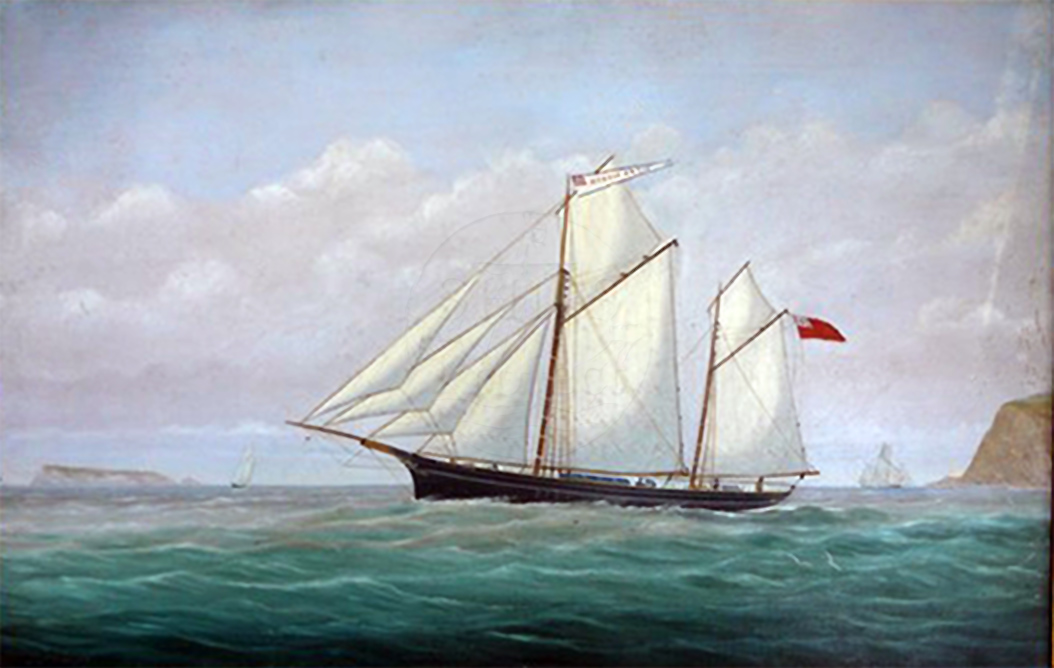