Remains of a steamship wrecked on the beach at Andurn Point, near Bovisand.

The steam collier Vectis ran ashore on Monday the 5th February 1912 at Andurn Point on the east side of Plymouth Sound shortly after unloading her coal cargo in Plymouth.  Making for Swansea in ballast with a crew of 16 on board, the Vectis drove ashore on a clear night with only moderate winds.  The Vectis was an iron built two-masted steamship built by J. Laing in Sunderland in 1877 and was designed to be used in the coasting trade. The ship was initially owned by W. Hill & Co. of Southampton but by 1903 she was in the hands of the John George Hill Steam Shipping Co. Ltd., with managing owners John Witherington and Harry Everett of Sunderland.

The master of the Vectis was George Hurst, he had been in the vessel for one month and his chief officer Thomas Roberts had been in her for seven years.  Roberts was from Plymouth and was well acquainted with the local waters having fished out of the port for a time. On her last voyage, the Vectis arrived in Plymouth on the 3rd February with 1100 tons of coal for the Plymouth Co-Operative Society.  The ship came alongside in Sutton Harbour and most of her crew of 16 set about discharging the cargo.  The Chief Officer got the skipper's permission to go to his home in Plymouth while the ship was being unloaded but he was given explicit instructions to resume his duty in good time.  After returning briefly twice to the ship, Roberts reported for duty on board on the evening of the 5th just as the ship was about to sail.  On seeing the mate the Master told him to hurry up but did not notice anything wrong with Roberts, yet it soon became evident that the mate had enjoyed his time ashore a little too much.

Once unmoored, the Plymouth pilot Charles Little steered the Vectis out of Sutton Harbour, towards Melampus buoy and headed for the Western Channel past the Breakwater.  Once past Melampus buoy the pilot left the Vectis in the hands of the Master and returned to shore in his own boat.  The weather was dark but clear with some sleet but the lights around the Sound were clearly visible. The Master steered the vessel out of the Sound, past the New Grounds Buoy and set a course south and a little west to clear the west end of the Breakwater.  When abreast of the Knap Buoy and in clear water the Master ordered full speed ahead, handed over the ship to the mate before heading below to plot a course westwards to the Lizard and on to Swansea.  The mate took charge of the bridge with able seaman Matthews at the wheel and Moore as lookout on the forecastle head.  Shortly after taking control the Chief Officer ordered hard a starboard and steadied her course heading south-east.  A few minutes later he gave a further order to turn to starboard eventually bringing the ship on to a heading of east-north-east.

The lookout saw a light dead ahead and reported it to the bridge and got a curt acknowledgement from the Chief Officer.  Soon after the lookout saw breakers ahead and called out ‘Full Speed Astern’ but got no reply, so he called ‘Is anyone on the bridge?’  The Chief Officer finally replied just as the Vectis drove hard ashore on Andurn Point on the East side of Plymouth Sound.

Rocks on both sides of the forehold had penetrated the bottom plates of the Vectis and she was rapidly taking on water, it was high tide and there was a ground swell running.  The Vectis ended up on the shore on an even keel, cradled between rocks on each side and with rocks at her stern.
The boats were swung out over the side, blue lights were burnt and rockets fired which summoned the life saving apparatus from Mount Batten and the lifeboats from Plymouth and Yealm.  Unfortunately, the noise of the waves crashing on shore made communications with the ship impossible so there was little the shore party could do.  By 9pm the shore team had been joined by soldiers from Renney Battery who saw the lights go out in the forecastle, so they assumed that the crew were safe and had simply turned in for the night. But not all was well on board the ship.  While the starboard lifeboat was being made ready a fight broke out between the Chief Officer and able seaman Burnside who had been lying in his bunk, drunk, since the vessel left port.

The master ordered the crew to abandon ship, telling the Chief Officer to leave in the port lifeboat, he refused so the second officer took charge and left.  The Master left in the second boat about an hour later, having searched the ship for the Chief Officer but with no success.  The Chief Officer was last seen on the forecastle head where had apparently gone to fetch a lamp, but two ropes over the bow of the ship hinted that the Chief Officer had escaped to shore as the Vectis was now high and dry.  Both ship’s lifeboats returned safely to Sutton Harbour with their crews, but on their arrival at the Sailors' Home one observer commented ‘the men had evidently received a soaking, for the majority were in a sodden condition’.  When back on shore at the Sailors' Home the Master declined to make any statement about the cause of the wreck, saying “I am not in a mood to talk about it, and the only place I desire to go at present is my bed”.  The crew followed the Master’s example and also declined to comment at that time.

The Mate left on board was not noticed by the shore party until later that night and he was assumed by them to have been left on watch.  The mate lowered a wire rope and asked that the coastguards make it fast on shore in case the ship became unsafe and he had to make a quick exit.  Having stated that he was going to remain on board the coastguard stood down until daybreak. The next morning the Master and crew returned to the stranded ship to find the Chief Officer still on board, he lowered a boarding ladder to enable them to get back on board.  On asking where he had been the Chief Officer said that he had remained on board that night.

Holed on the starboard side and all the holds flooded with the tide and at high water the Vectis was practically full with eight feet of water in the aft hold. Representatives of the owners and insurers visited the wreck as did those who were interested in salvaging her.  By 12th there was a hole 12ft by 6ft on her port side under the boiler yet there were still hopes that she could be refloated.  On 19th May, three tugs the Boarhound, Deerhound and Reindeer attempted to haul the Vectis off the rocks with no success, only having moved her about three feet to seaward.  The Vectis was too badly damaged and was abandoned where she lay, she would eventually be smashed to pieces during the Christmas hurricane of 1912.

During the enquiry the Master, second officer and second engineer said that they had not noticed anything wrong with the Chief Officer, yet the helmsman Matthews, the lookout Moore and the forecastle hands said that he was most definitely drunk.  The ship was on the correct course when the Master handed over the con to the Chief Officer and it was by his actions that the vessel ended up ashore.  The court found that the loss of the vessel was due to the Chief Officer being drunk, but as he had no certificate there was little they could do to punish him other than fine him £10.  The Master George Hurst was censured for failing to spot that the mate was drunk before leaving him in charge of the bridge.

Today the scattered wreckage of the Vectis can be seen along the shore from the edge of Bovisand Bay round to Renney rocks.  On the shore can be seen iron plates, stud link anchor chain and broken, unidentifiable iron objects welded to the rocks by the action of the sea and corrosion.  Fragments of bottles and plates can also be found but these may not be from this ship as Plymouth Sound is full of Victorian rubbish and the beaches all around are covered in whatever the sea throws up.   It is also possible to do a shallow shore dive on the remains. The site is largely protected by Renney Rocks, but large waves can make entry and exit difficult; access to the shore is through narrow gullies which can be difficult to relocate at the end of the dive. The dive itself is shallow reaching around 6 metres maximum.

From Plymstock, take Bovisand Road through Staddiscombe, turn right into Renny Road then right again into Bovisand Lane following the road to Bovisand Park (PL9 0AT). Take a parking ticket if required then drive to the end of the road and park on the grassy area by the sea. Follow the footpath south for 300m, climb down to the rocks and look for iron debris.

Nearby hulks include the August Smith 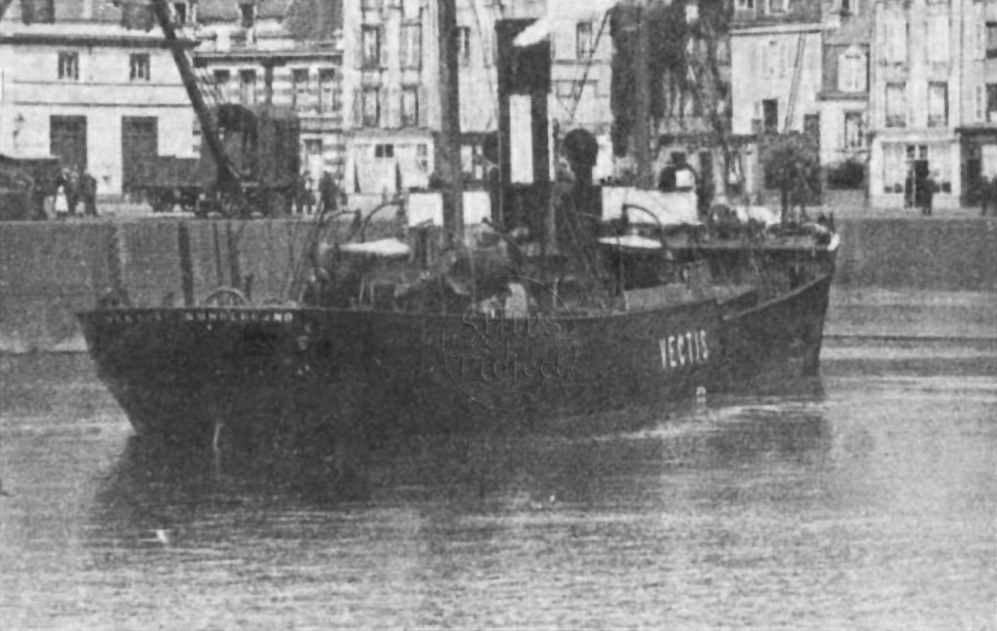 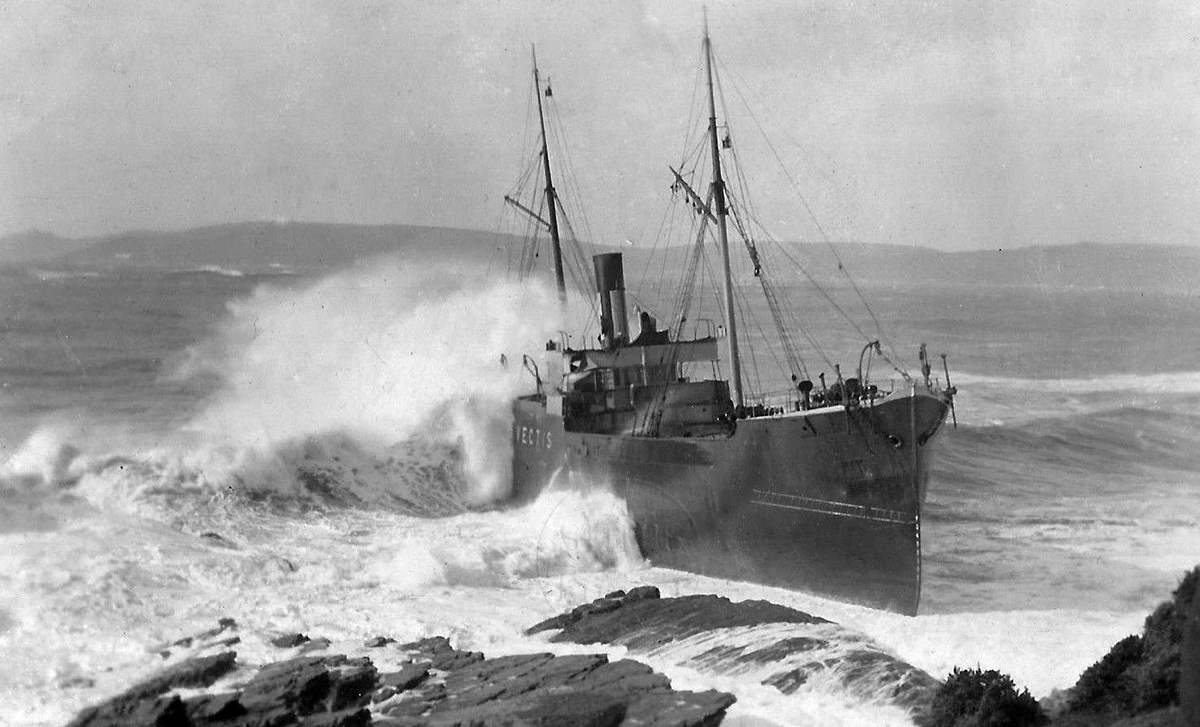 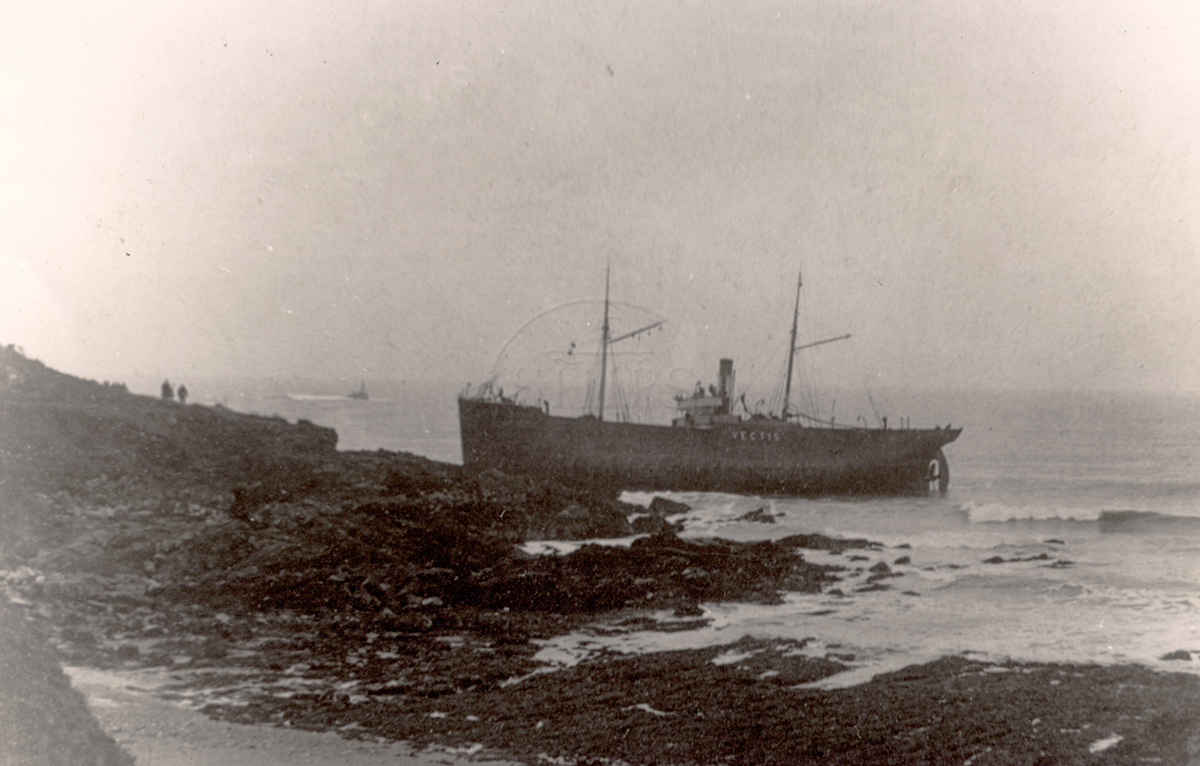 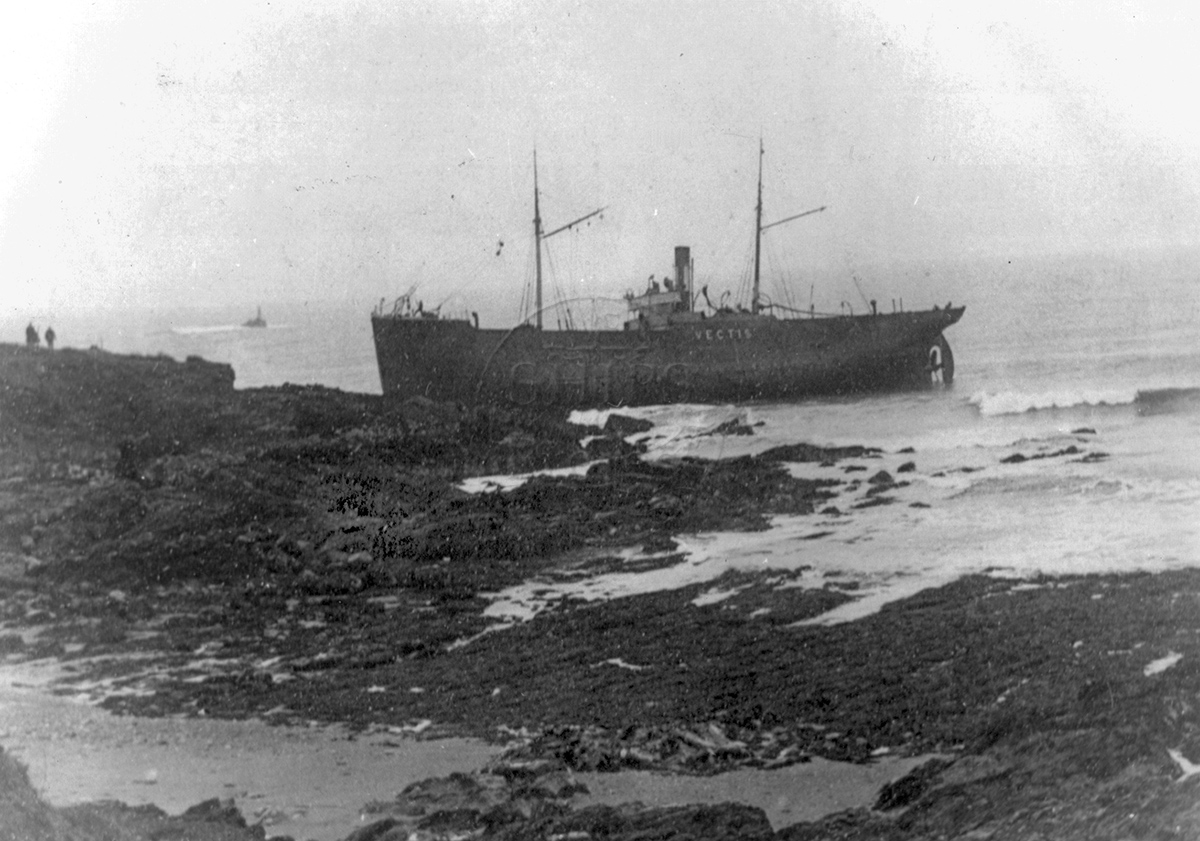 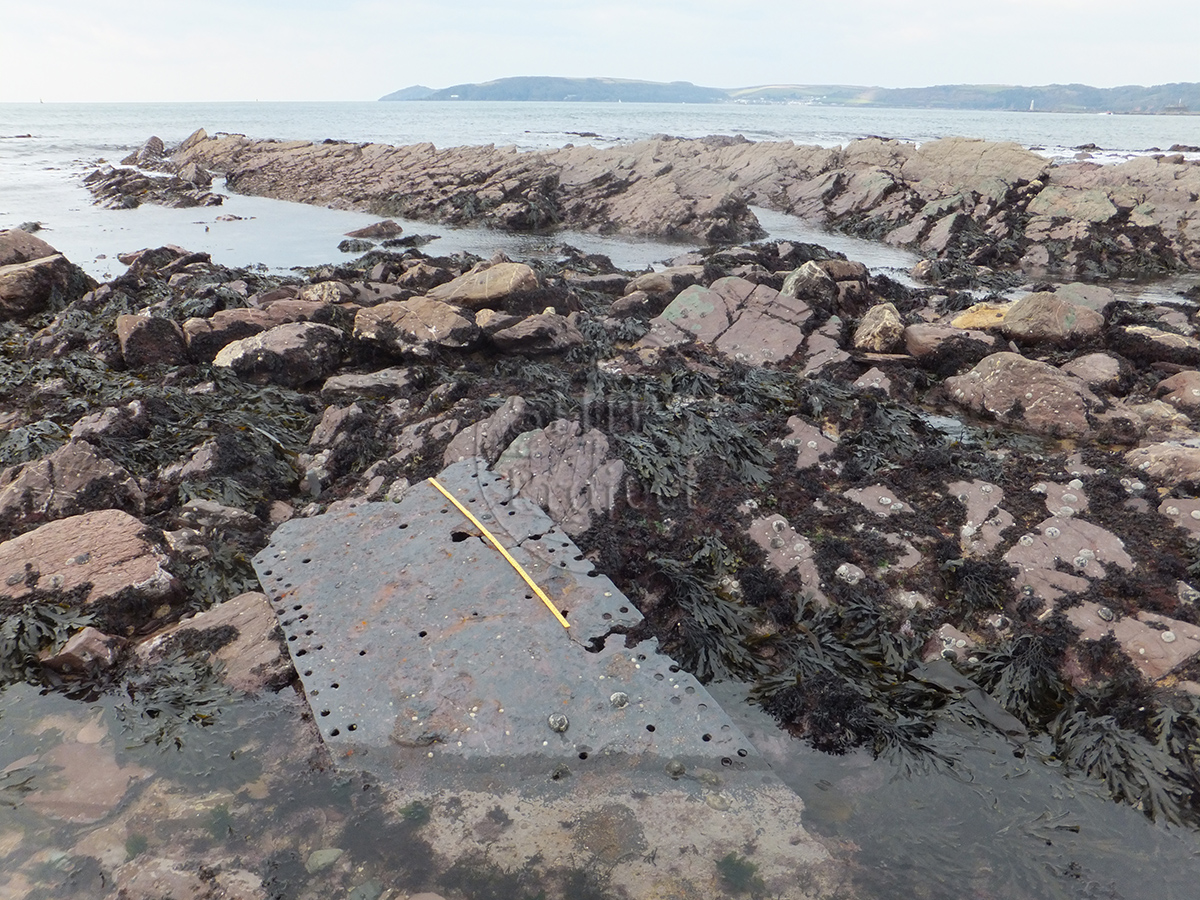 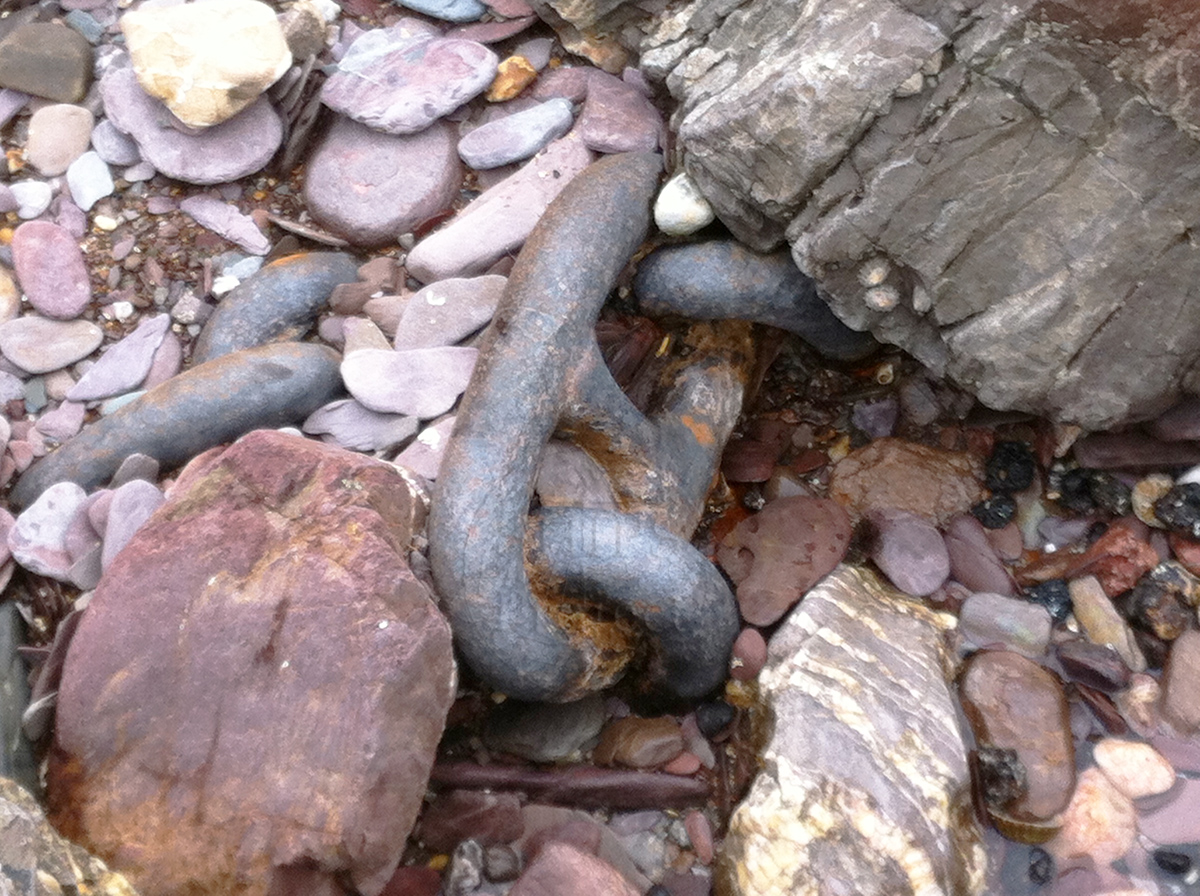