Hulk of a Tamar barge abandoned in Pomphlett Creek, Plymouth.

The Tamar barge / cutter Edwin was built in 1880 by shipbuilders Richard Hill & Sons in Cattedown and registered on 26th July 1880 with official number 81043. The Edwin was built for Edwin George Willis the limestone merchant and Edwin James Temple Willis the shipbroker. The Edwin was 55.1 ft long, originally cutter rigged she may have been sloop rigged later in life.

The Edwin was used in the limestone trade along with the barge William and George, loading at the many quarries around Plymouth and trading as far away as Salcombe and Falmouth, and the pair were known as the 'limestone smacks'.

The crew in 1880 was George Bowden as master with William Luxton as first mate and the ship's boy was 15 year old Henry Bowden. In 1894 the then owner, William Adams, sold the cutter to limestone merchant Lewis Sparrow of Cattedown for £145. By 1896, the master was George Passmore and the mate was William Taylor, both from Oreston. Sparrow died in 1902 and the Edwin was sold to Fredrick Moore of Prince Rock Quarries. In 1913 George Passmore was still the master but the crew was now William Gould and Henry Collier, both from Plymouth.

The last record of the Edwin was in 1924 reporting that she had been broken up, when she had actually been abandoned in Pomphlett Creek.

The Edwin is buried in the mud and what has survived is unknown. The Edwin was identified by John Cotton from local knowledge.

At the head of Pomphlett Lake / Creek, Plymouth

The Edwin lies buried in the seabed at the end of Pomphlett Creek on the north side, behind and partly buried by the two unnamed hulks Pomphlett 1 and 2

. The location can be seen from the footpath that runs along the head of the creek by the Billacombe Roundabout by Morrisons supermarket. The remains are covered by seaweed and shopping trolleys.

Nearby hulks include fishing boats Pomphlett 1 and 2

"This old frame of a Tamar Barge lies right at the end of Pomphlett Lake. I thought I would look along the sides off this lake to see if I could find any hulks and I was lucky. I went down and walked around it and measured it the best I could. I made it about 53ft. I looked along the main beam. It was all covered with seaweed, which I had to remove to see if there was any registration number there. No such luck. At home I looked though the list of Tamar Barges in the book ‘The Shipping & Trade of the River Tamar’. I made out a small list of barges 53ft long, or just over, e.g. ‘Edith’ – 54.9 ft, ‘Edwin’ 55.1 ft, - ‘Kate’ 56 ft, - ‘Lillie’ 55 ft and ‘PHE’ 55.8 ft.

Later on, I thought as this barge was in the Oreston area, I wondered if Mr. Fred Brown, who I was told was a mate on the Tamar Barges, would know anything about this hulk in Pomphlett Lake. I phoned Mr. Brown and he said that he would speak to his brother, who also was on the barges. A few days later Mr. Brown phoned me back and said that his brother remembers it as the ‘Edwin’ and he helped to break some of it up. I said that I had a list of five vessels that it could be and the ‘Edwin’ was on that list. So I was more than sure that it was the ‘Edwin’." 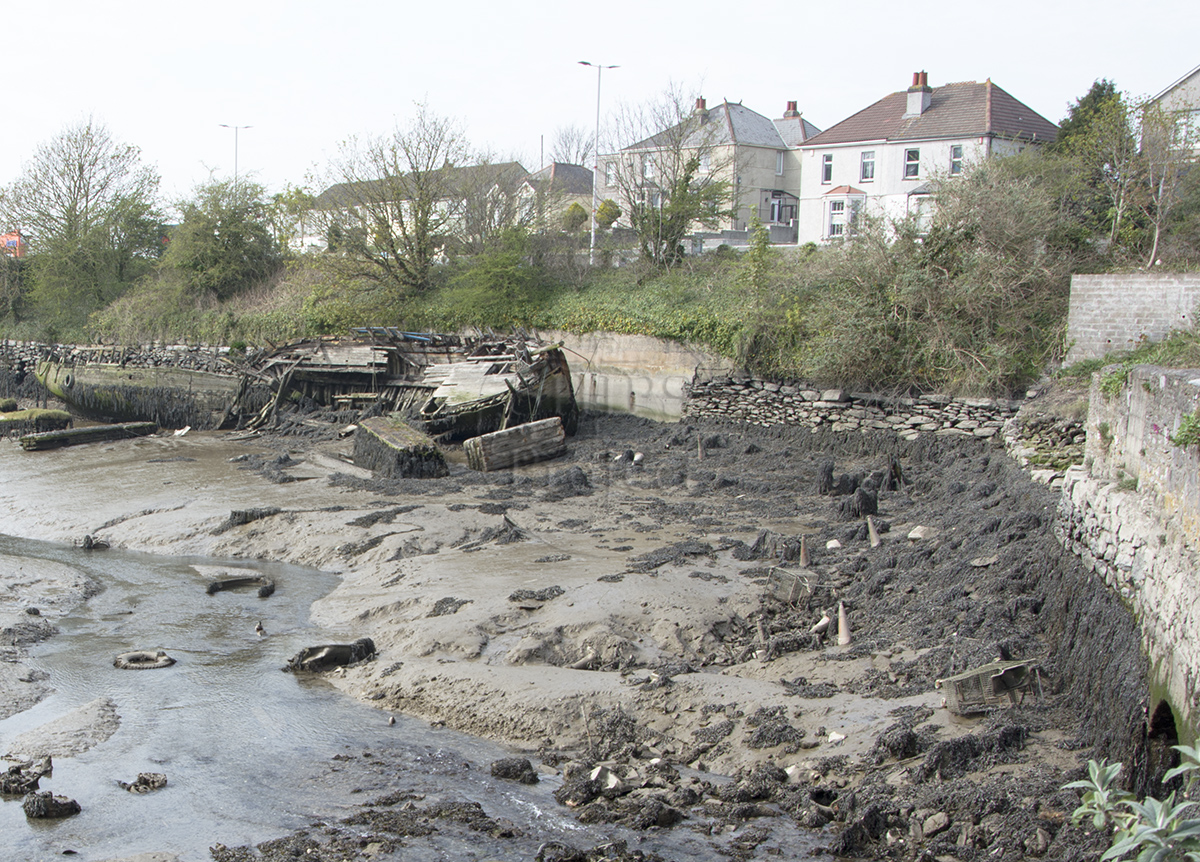 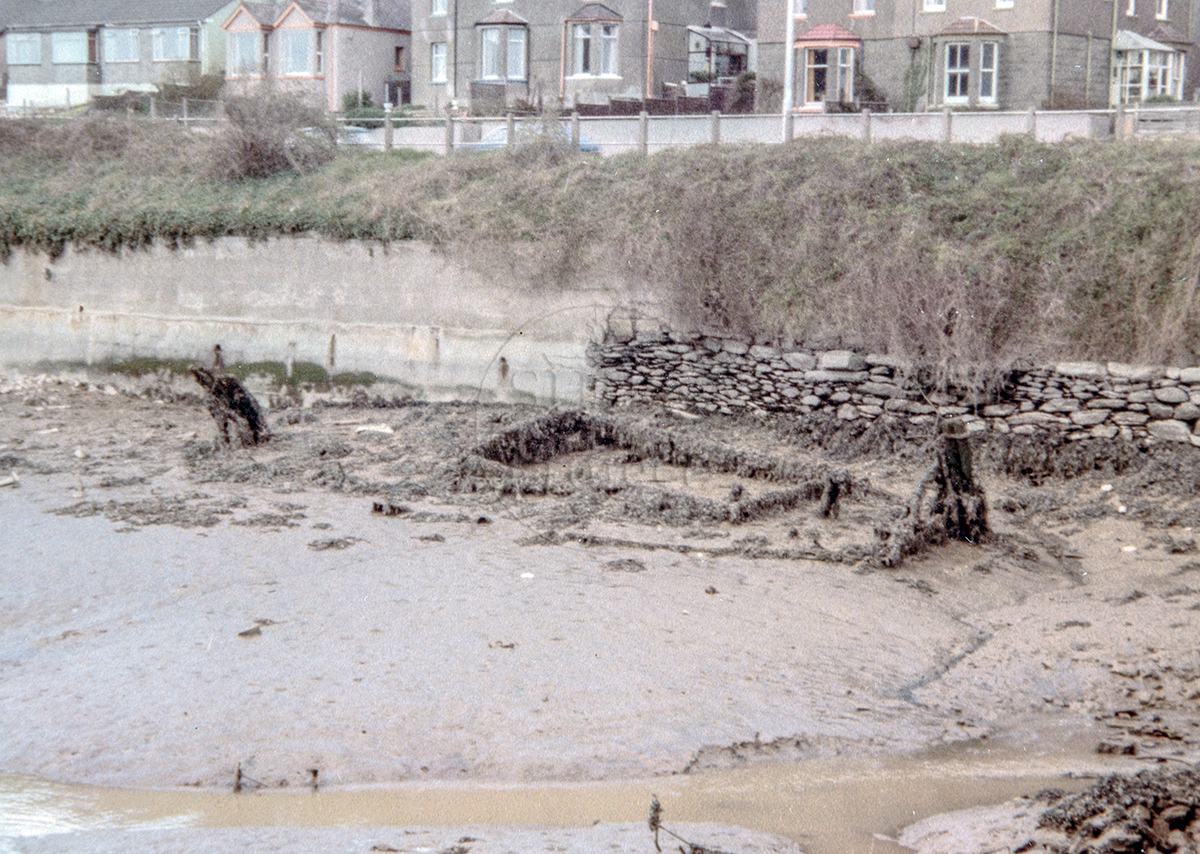 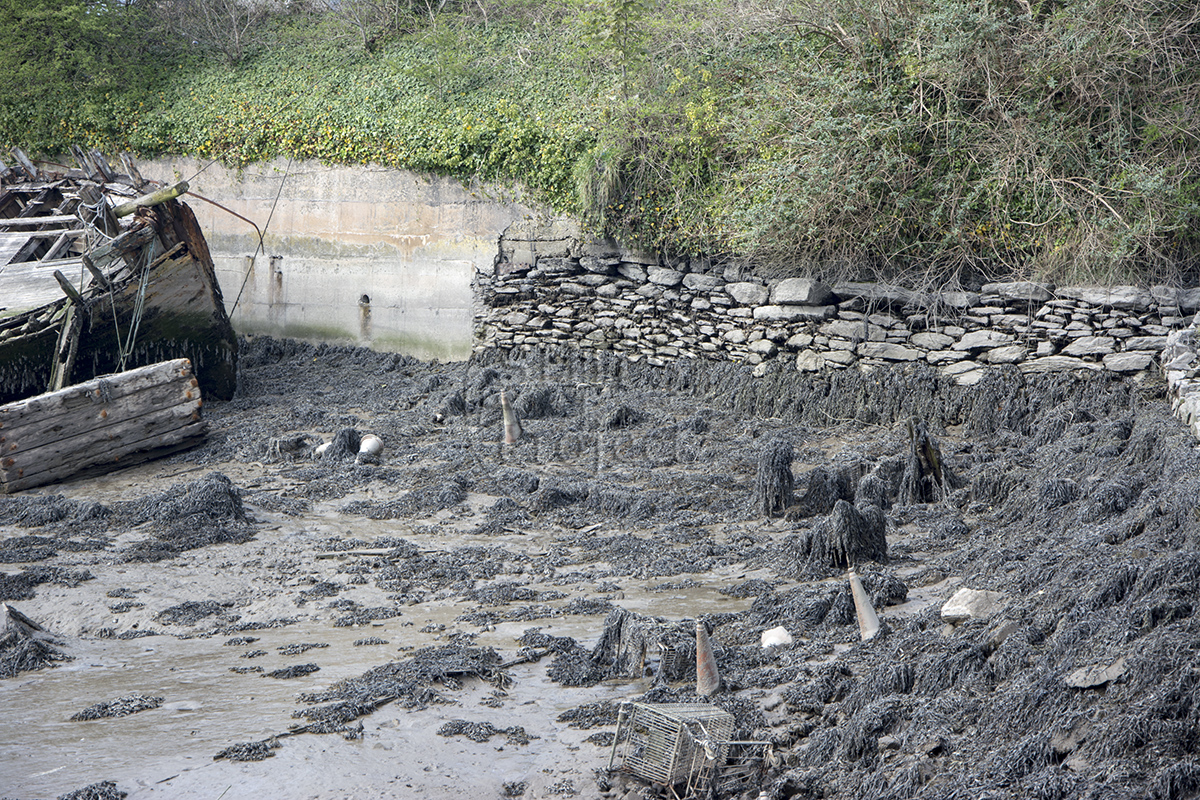