The steam tug Cruden Bay was dismantled off Torpoint then abandoned in nearby Carbeile Creek.

The Cruden Bay was built in 1899 in Anstruther, a small coastal resort town in Fife, Scotland, by W. Jarvis as a ketch-rigged steam fishing drifter or fish carrier for T. Davidson as yard number 24 and port number A89. Cruden Bay was 96ft long with abeam of 20ft 3” and a draft of 10ft 7ins, 124.69 gross registered tons, fitted with a compound steam engine built by J.Cran & Co.

The Cruden bay was converted to a salvage tug in 1912 and registered in Falmouth for the Coast Salvage Co. Ltd, in London, then was bought by Ernest Chaplin in 1913 and transferred to Fowey under the management of Henry Paull.

With the advent of the First World War she was requisitioned then purchased by the Admiralty in August 1914 as an unarmed boarding tug (N58) with the Downs Boarding Flotilla based in Ramsgate, Kent, until May 1919 then remained in service as a water boat (N30) until January 1920.

In 1923 the tug Cruden Bay was bought by Henry Paull and Sydney Samuel of Fowey, John Bennetts of Truro and Harold Smith of Bristol, title transferred again in May and in March 1924 she was bought by Fowey Tug & Salvage Co Ltd. and managed by Henry Paull. The Cruden Bay was used as a tug in and around Fowey until July 1928 when she was deregistered. The ship was bought by W.J. Reynolds Ltd. of Torpoint to be scrapped for parts, she lay on the foreshore at Torpoint until the 1950s with her middle section cut away to remove the engine and boiler but her bow and stern remaining intact. The stripped hulk of the Cruden Bay was then towed to Carbeile Creek near Torpoint where she was beached and her hull remained until the 1990s.

Very little remained of the ship in the 1980s when John Cotton went to see the Cruden Bay, just the keel and the lower frames, and nothing can be seen now on the beach.

This was one of the vessels recorded in the book Lost Ships of the Westcountry by Langley & Small.

Unfortunately now nothing remains of this vessel.

I found the ‘Cruden Bay’ lying about 20 yards up from the ‘Master Hand’ in Timber Pond. Not much of her left. A little further up there was a boat yard, were I found the hopper barge ‘Fowey No 2’. At this boat yard I was talking to the owners of the sister ship to the ‘Master Hand’. I asked them if they knew the name of the timber keel lying just in front of the ‘Master Hand’. They said they did not but they knew who owned it at one time. A Mr. Reynolds of Torpoint.

At home I looked up the name of Reynolds in the Phone Book and there was only one living at Torpoint. So I took a chance and phoned him up. So it so happened he was the owner and he said that it was an old wooden tug left there when he was a boy in 1920. His father put her there to take bits of to repair his other tugs. At first Mr. Reynolds called the old tug the ‘Lillyput’. Later on he changed it to the ‘Cruden Bay’.

Cruden Bay is a small village in Scotland, on the north coast of the Bay of Cruden in Aberdeenshire, 26 miles north of Aberdeen 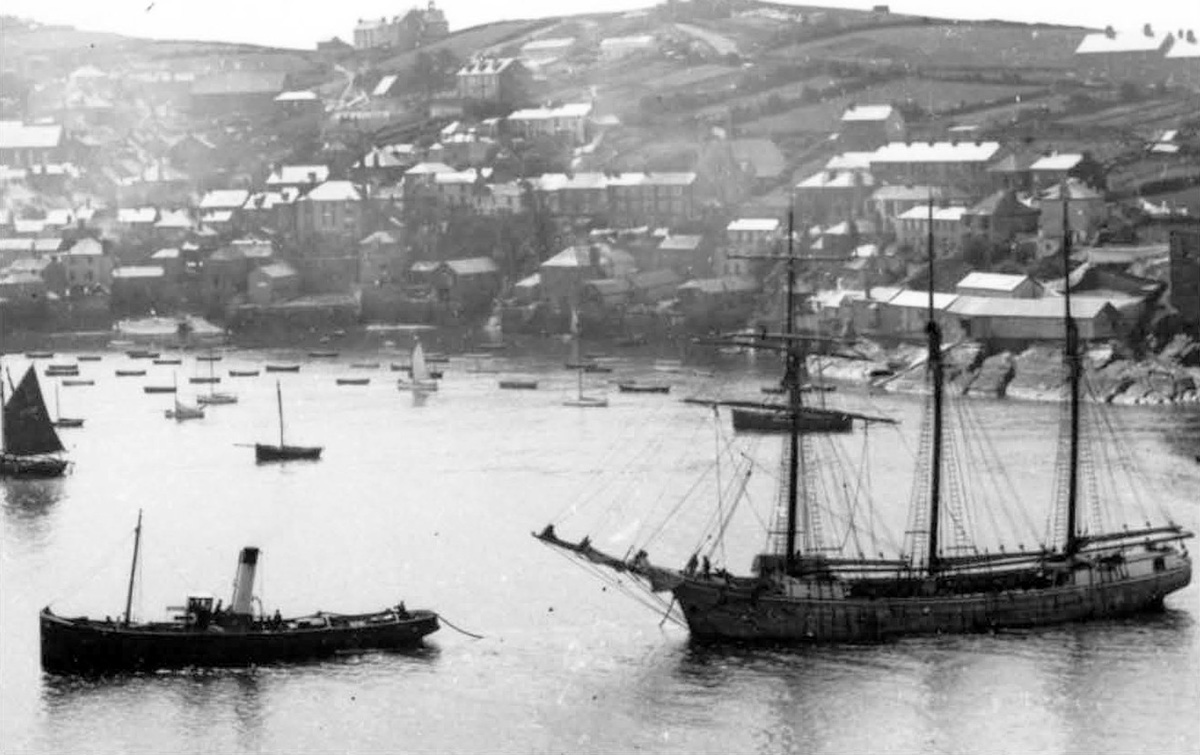 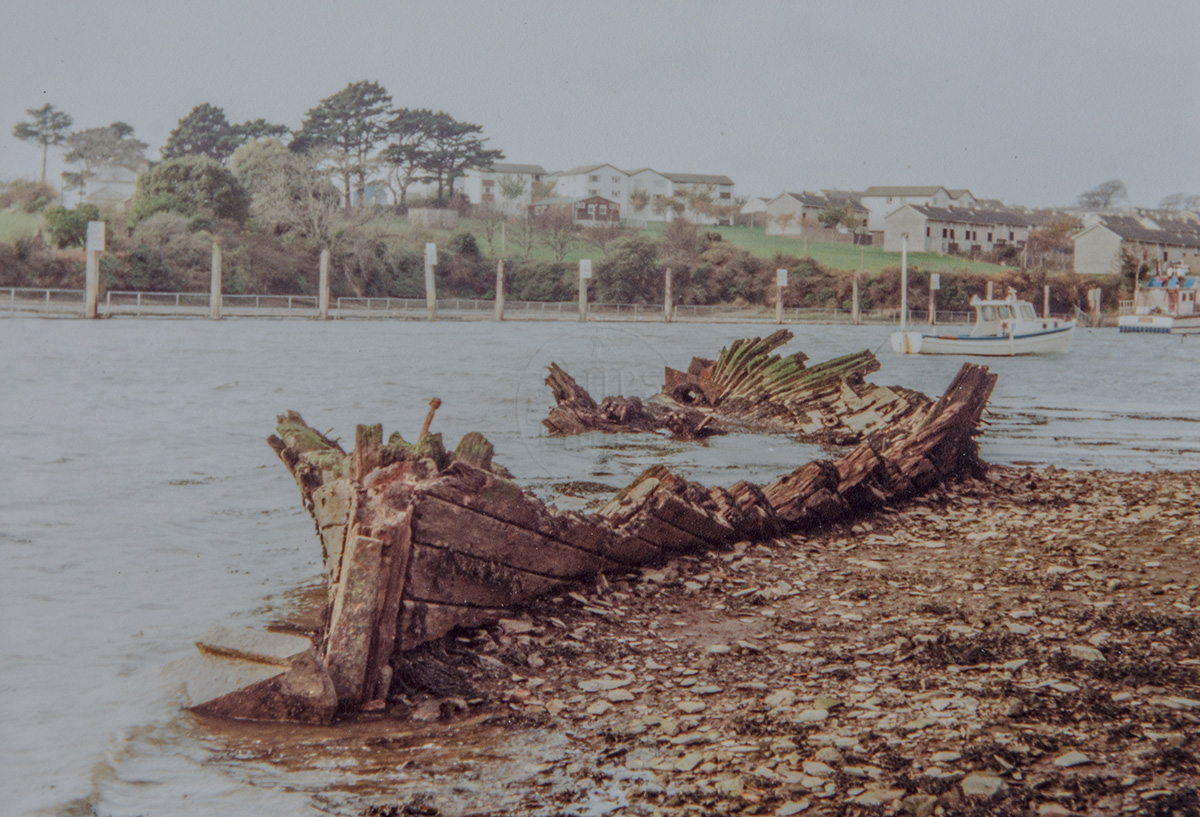 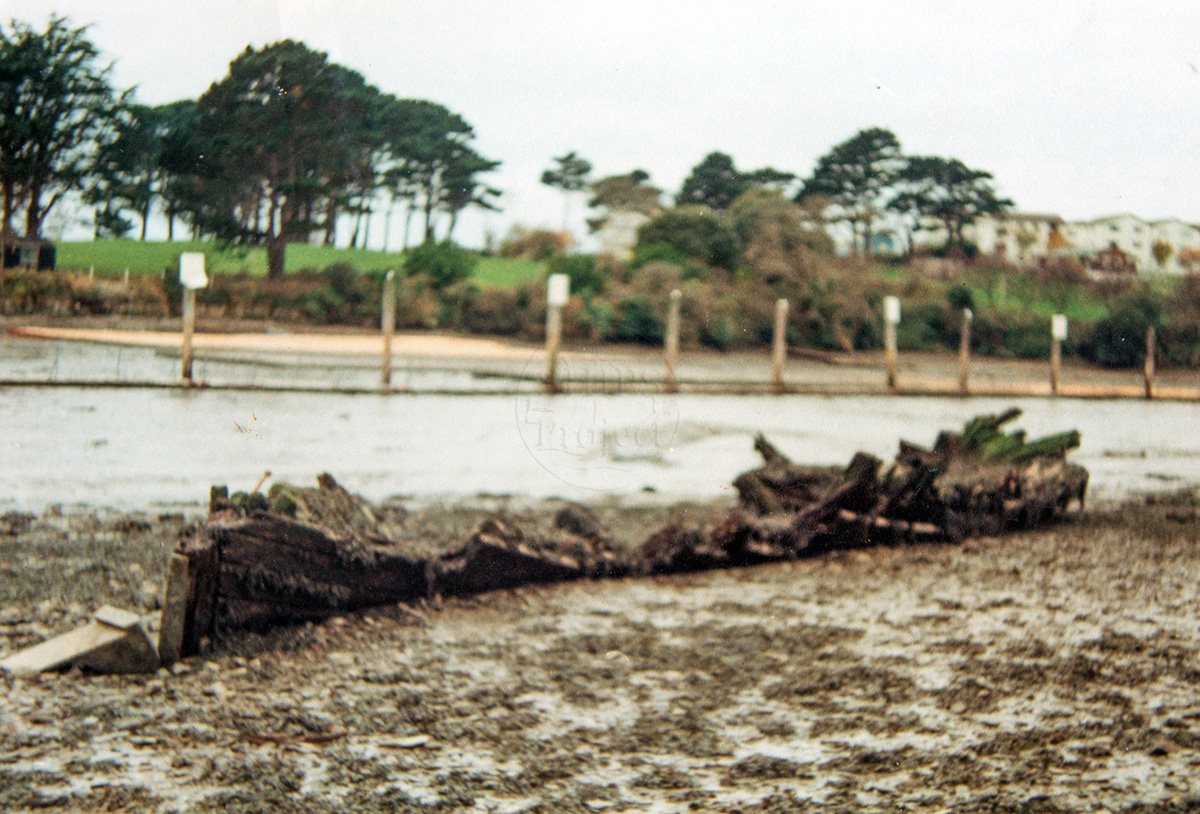