On the seabed at the southern end of Jennycliff Bay on the east side of Plymouth Sound is an unusual feature. This 'wall' of boulders is 570m long, lying between 160 and 200m from the eastern shore and roughly parallel to it. The origins of the feature are unknown; initial investigations by divers show that the visible parts of this feature have a structure similar to that of an embankment. It was initially thought to be the edge of an ancient river channel from the Tamar/Plym which formed thousands of years ago when the sea level was considerably lower, but it has also been suggested that the feature may possibly be a natural feature improved by man as a shore defence against rising sea levels.

The site has been visited by local sports divers for many years but the wall itself has not ever been investigated as far as we are aware.  The wall was first seen by one of the SHIPS Project team in 2006 during an ROV survey in the area. 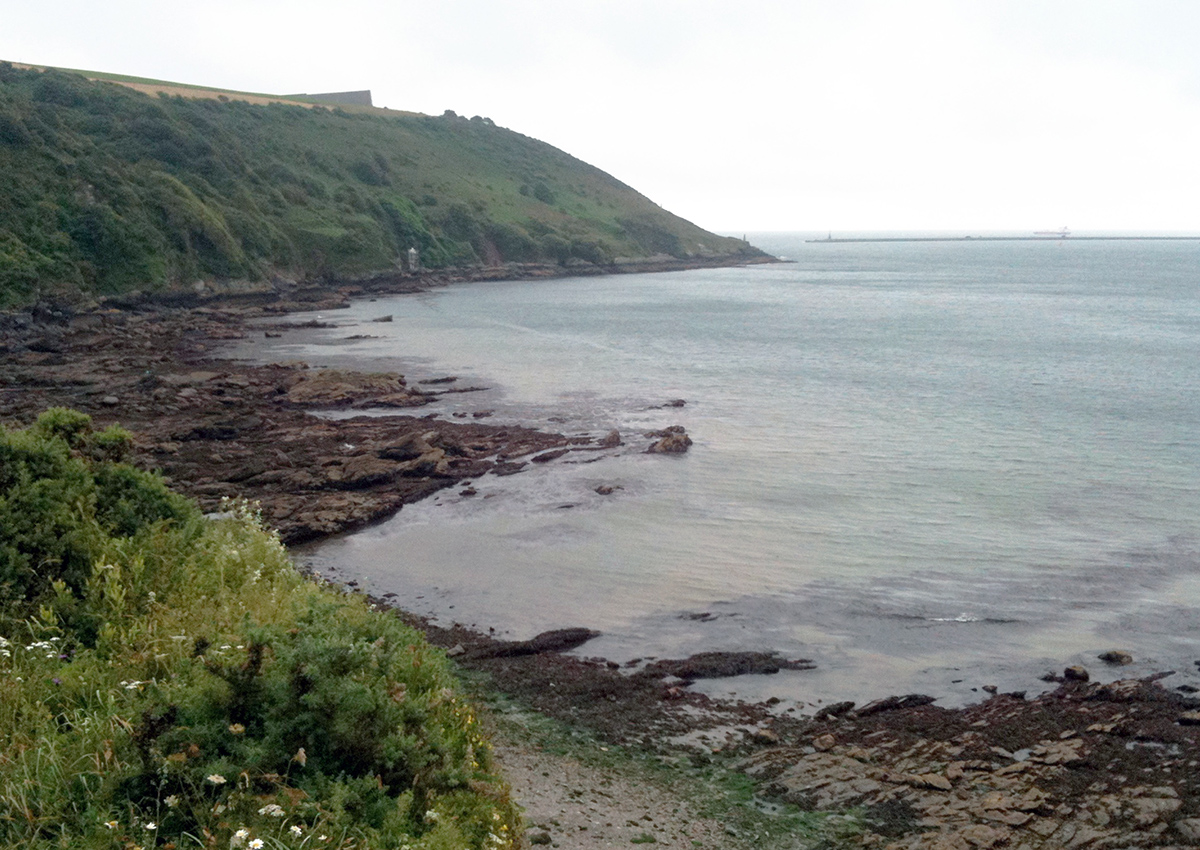 Jennycliff Bay from the north 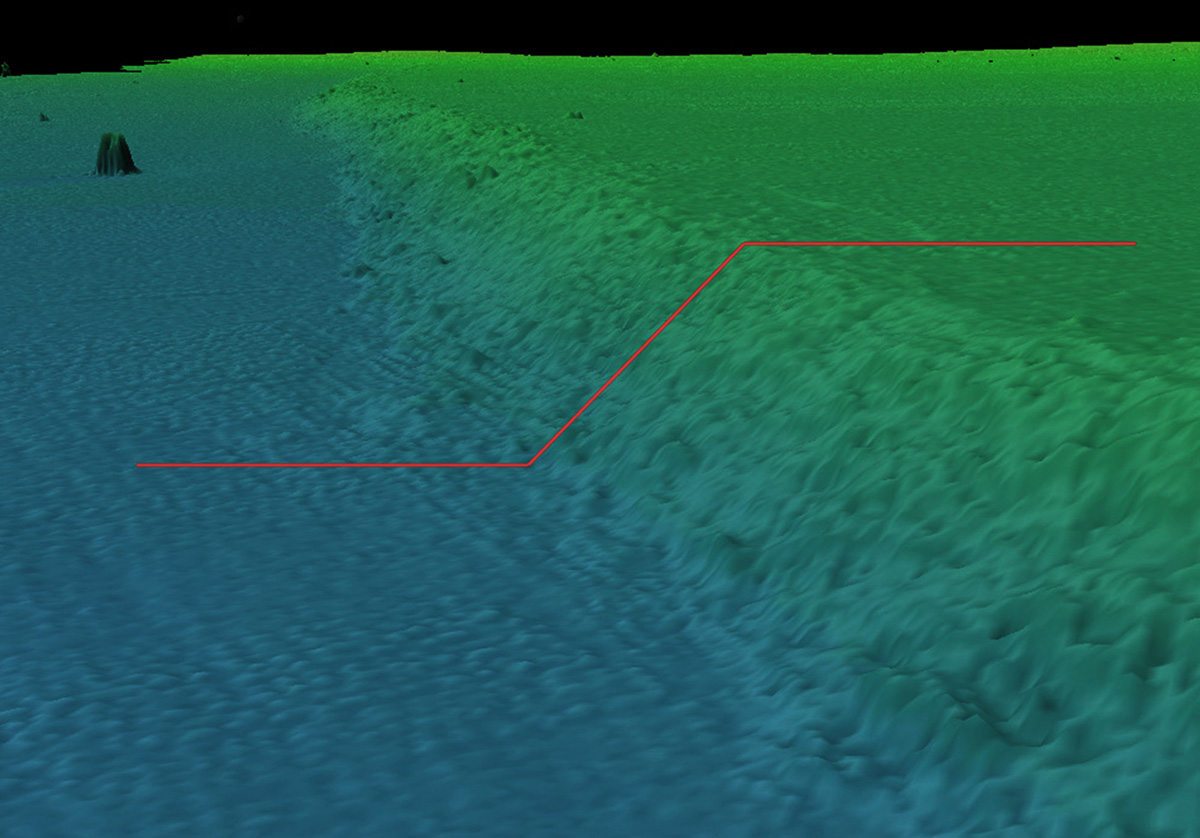 Close up of the Jennycliff Wall showing the shape, from multibeam sonar data

There is no evidence that suggests the rock that forms the wall was quarried based on the samples recovered so far. The visible seabed on the eastern side of the wall is made up of clay and sand with small boulders while the seabed on the western side is fine sand and shell.

Multibeam sonar bathymetry data is available for the whole of Plymouth Sound and this wall appears to be a unique feature in the local area. Research has been done to try and find similar features in other locations but nothing similar to this particular design has been found.

A mooring buoy for large naval vessels called Anchorage F lies to the west of the wall and a circular area around the mooring is kept at a maintained minimum depth of 8.6m by dredging.  The dredged area runs right up to the wall on its western side so it is possible that some other features associated with the wall have been removed by dredging and what remains is only part of the original structure.

The wall may be a very unusual, natural feature but it is not obvious how this could have been formed. If the wall is partly man made then we do not yet know what the wall was for or why it was built, but the most likely use was as a shore defence against sea level rise.

The SHIPS Project team undertook reconnaisance dives on the wall in the summer of 2012.  General survey observations and rock samples recovered from the wall showed that most of the blocks are angular and not rounded in appearance as would be expected from rocks subject to erosion by a river. The wall is also extremely uniform in appearance with the same slope and width along most of its length.  The blocks appear to be of a limited range of sizes with very few small rocks and none of the larger blocks appear to be bigger than could be carried by one or two men.  This led to the conclusion that the wall may be partly man-made rather than being the creation of natural fluvial or marine processes.

In September 2012 a high resolution multibeam sonar survey of the wall was completed by Swathe Services Ltd. for the SHIPS Project using an R2Sonic 2024 sonar.  This survey produced a 3D model of the wall that could be viewed using Fledermaus software and also produced high resolution GeoTIFF images that could be incorporated into a Geographic Information System (GIS). Also in September 2012 a very high resolution side scan sonar survey of the southern end of the wall was done for the SHIPS Project by Sonardyne International Ltd. using their new Solstice side scan sonar.  This survey produced an extremely high quality sonar image of the wall and surrounding seabed.

In November 2012 a sub-bottom profiler survey was undertaken on the site using a GeoPulse Plus SBP loaned to the project by Kongsberg GeoAcoustics.  Multiple runs were completed across the wall and were tied in to longer survey runs across the Sound to identify the buried paleo-river channels.

The wall was partially excavated by a team of SHIPS Project divers over a week in May 2014. The aim of the excavation was to:

Operating from the dive vessel Maid Maggie II, the divers used a water dredge to excavate the two trenches. The water dredge was powered by a small petrol engine water pump on the surface, with the pressurised water fed to the dredge using flexible fire hose.  A light and flexible suction hose connected to the dredge laying on the seabed while the nozzle of the suction hose was fitted with handles allowing delicate control over the material being removed.  Seabed material was lifted by hand and the dredge used to take it away, rather than the dredge itself being used to remove the material directly.  A lever on the dredge was used to control the flow of water which then controls the amount of suction that the dredge can provide, from a large flow used to remove overburden to a delicate flow used when excavating soft or delicate objects. Dispersal of sediment from the water dredge was minimised by trapping it in a net, which also provided the sediment material for backfilling each trench.

The excavation showed that the seabed 'terrace' behind the high side of the wall was formed from a ~500mm layer of coarse sediment overlying boulders similar to those forming the visible part of the wall itself, but more rounded. On the lower, western side the boulder slope continues below seabed level at a similar slope angle. The rocks buried appear more rounded than those to be found on the visible sloping face of the wall. The rocks appear to be in a layer one or two stones thick rather than as a pile or structure, but there was not enough time available to investigate this further. The few days of investigation left us with more questions than answers so we plan to go back and investigate this site in the near future.

To get involved with The SHIPS Project please send us a message below: 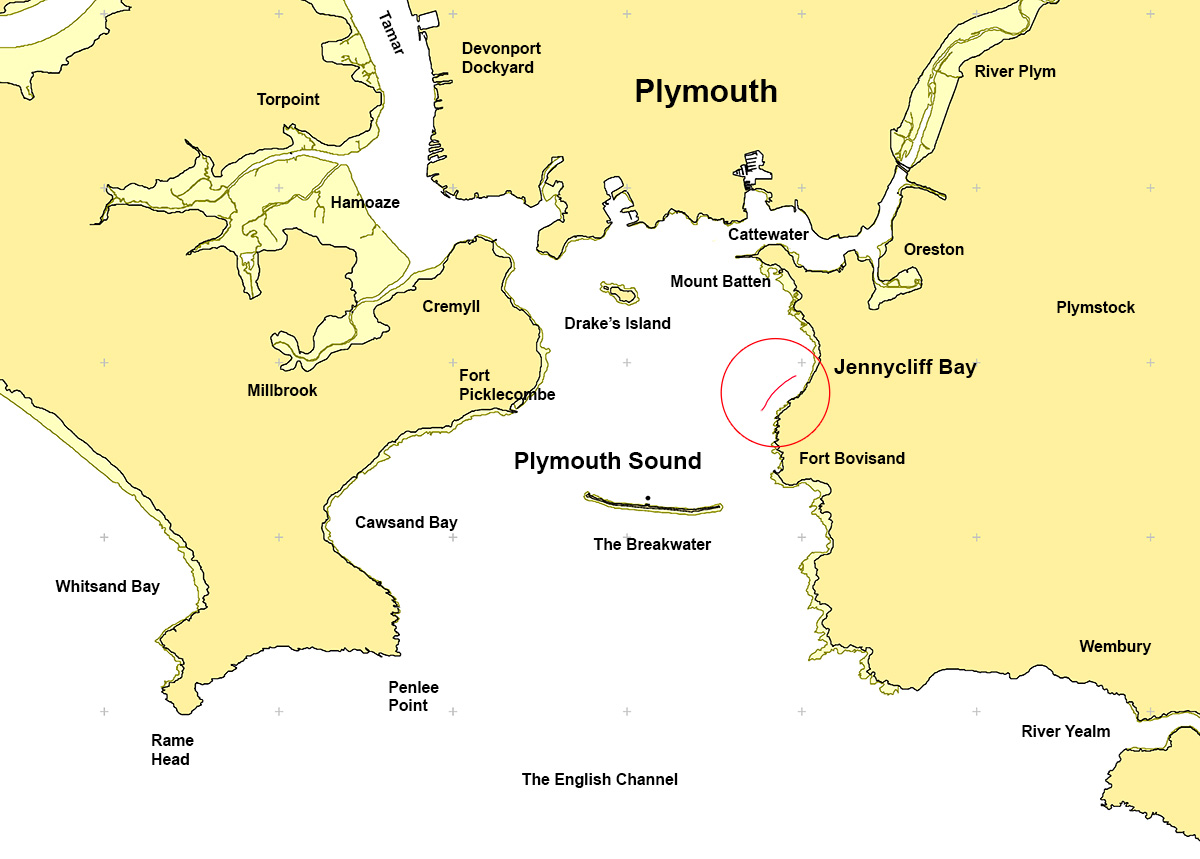 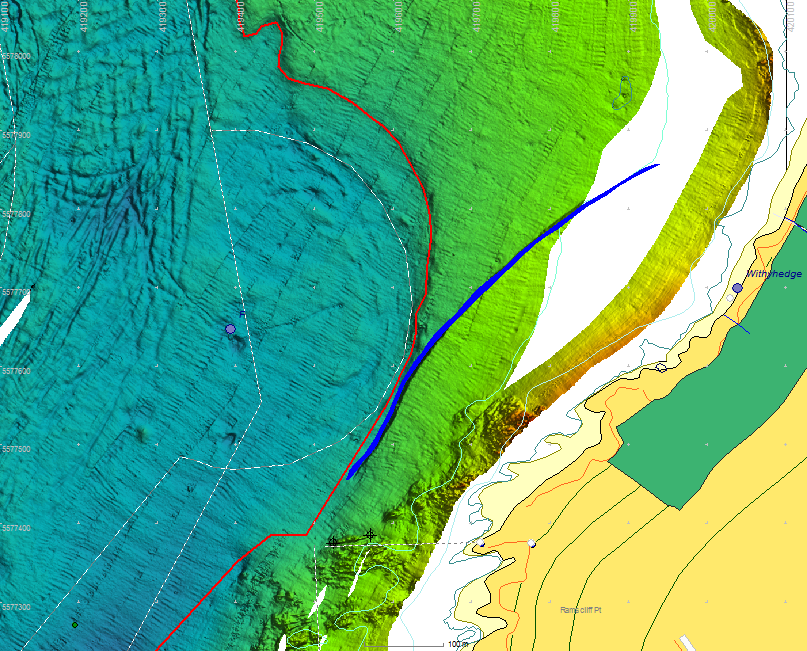 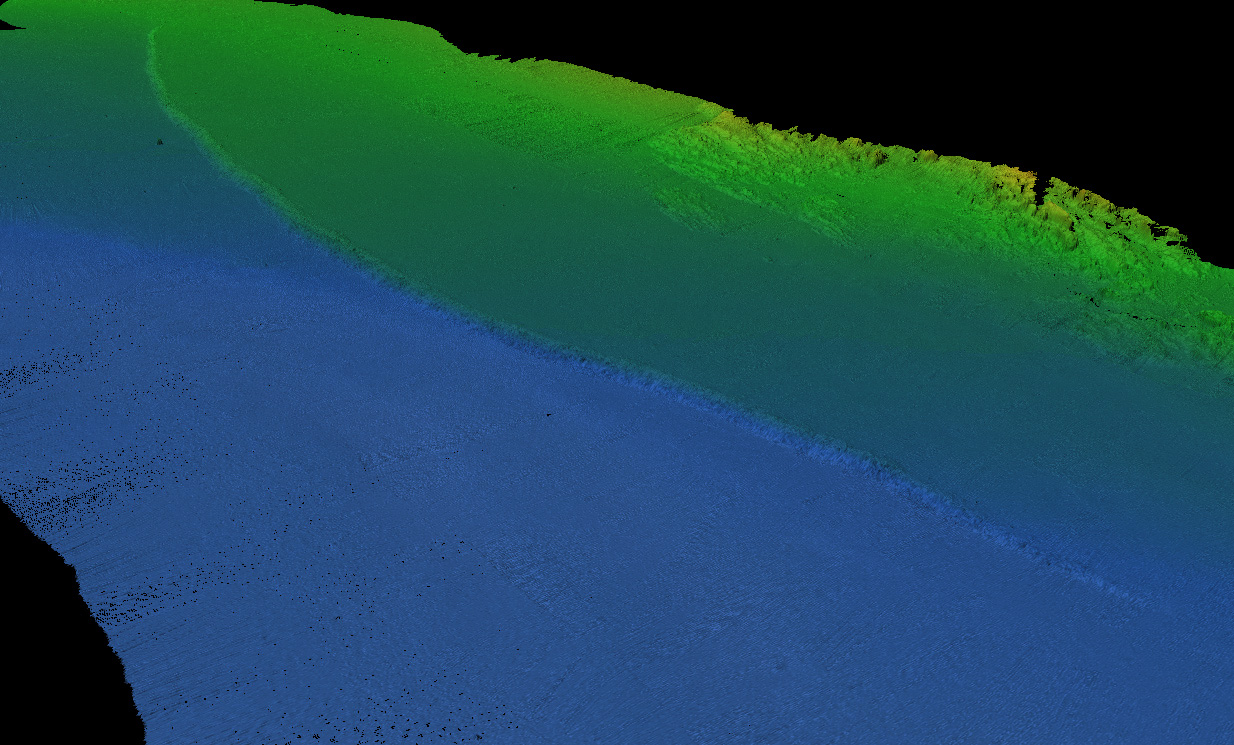 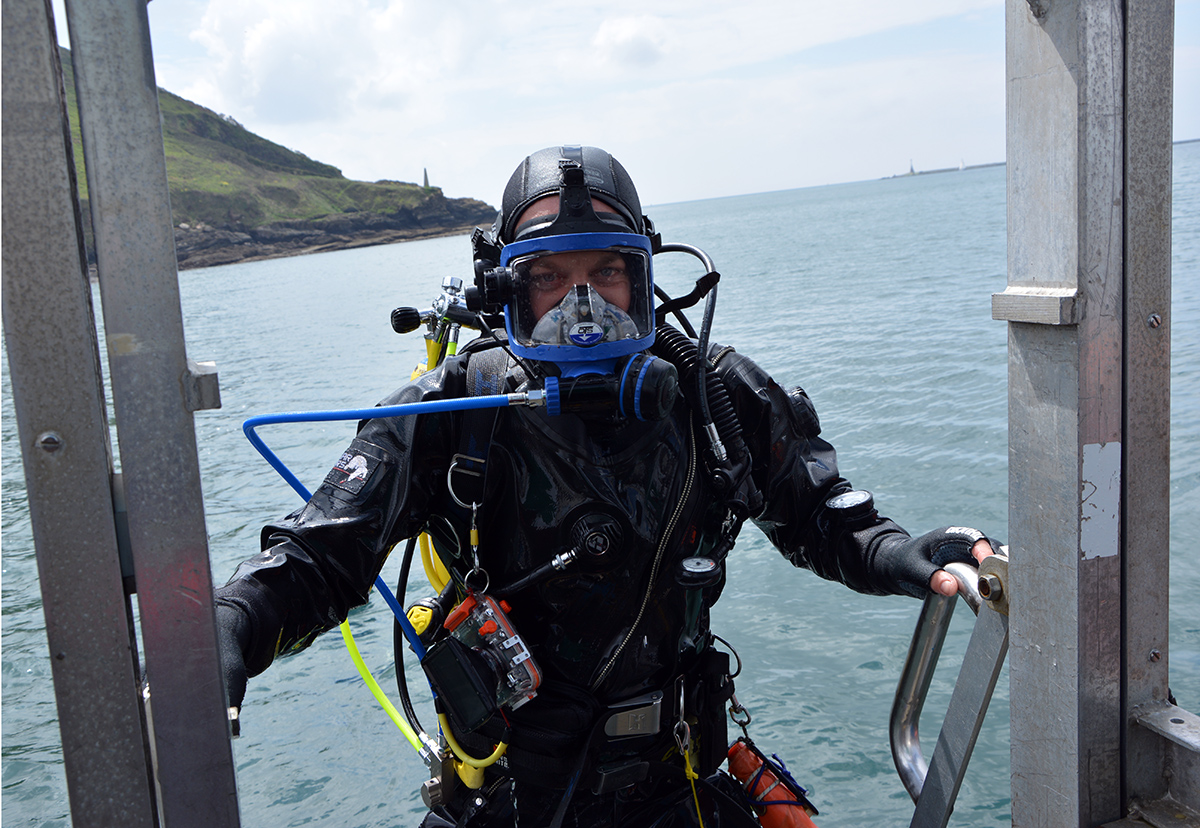 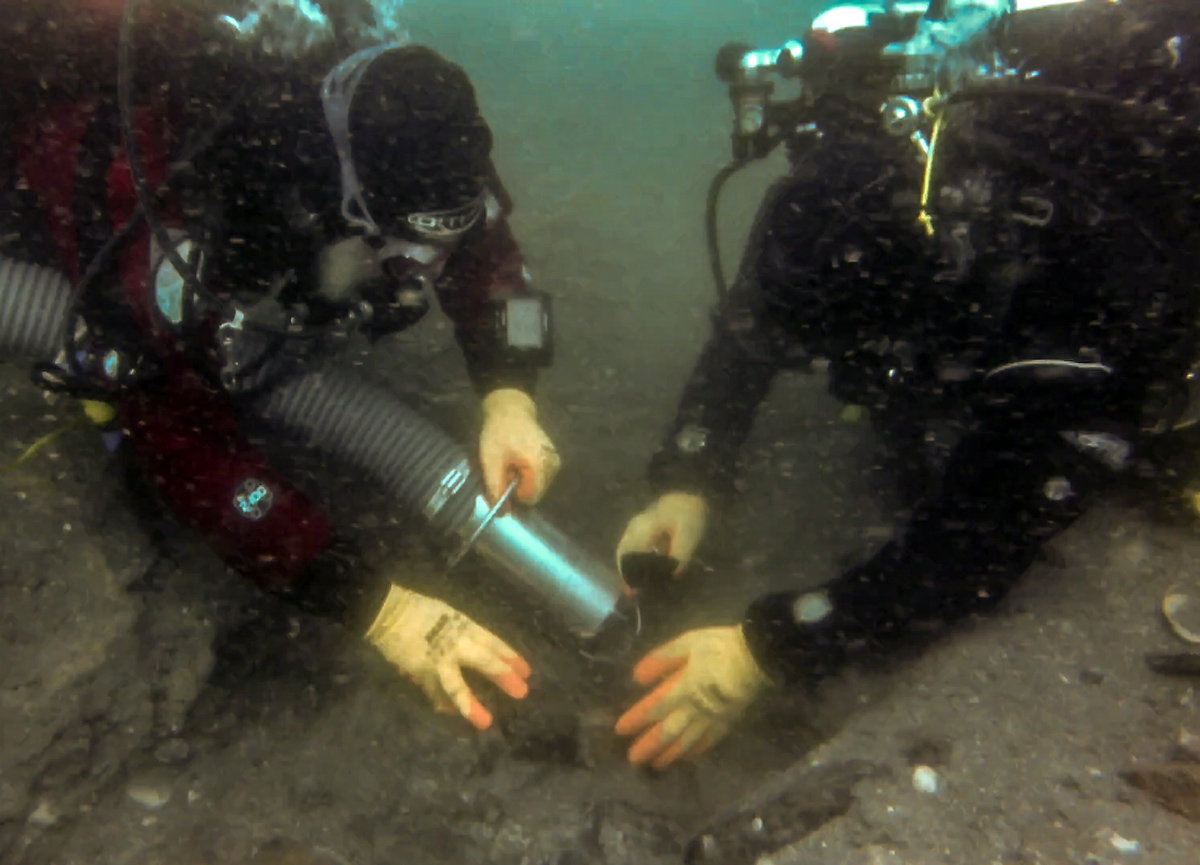 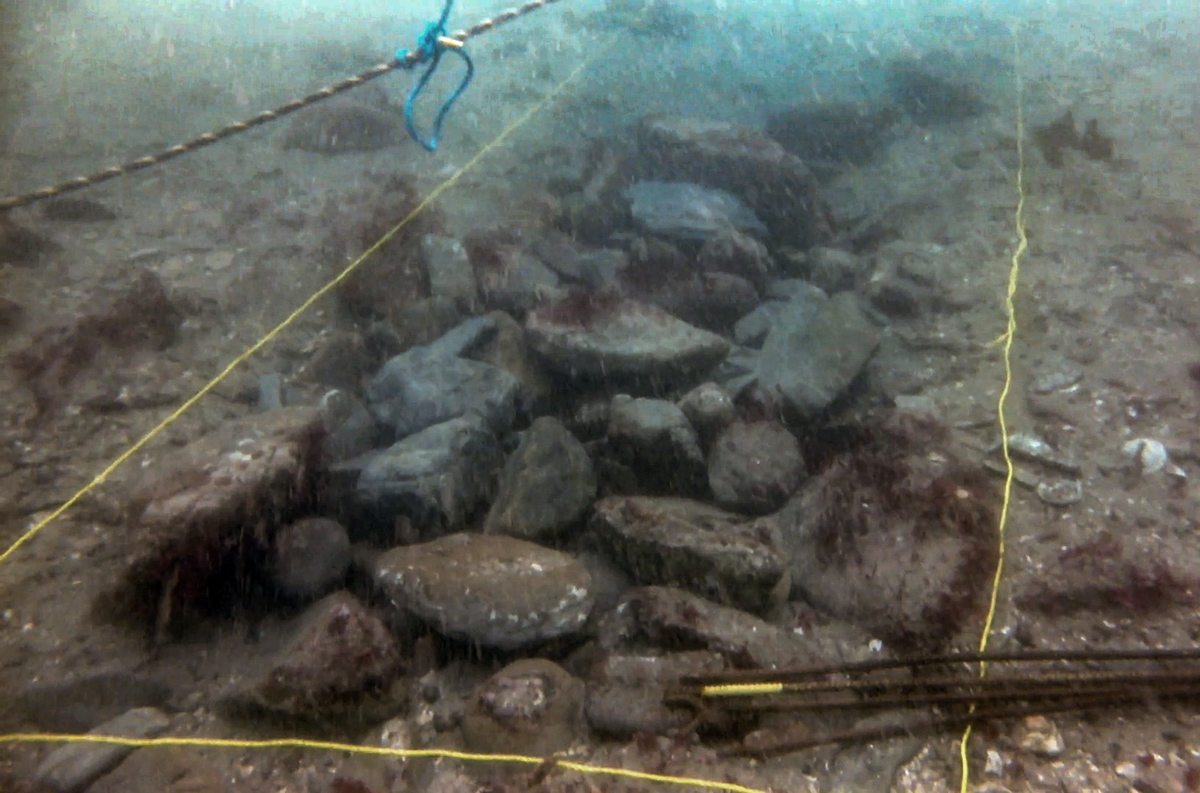 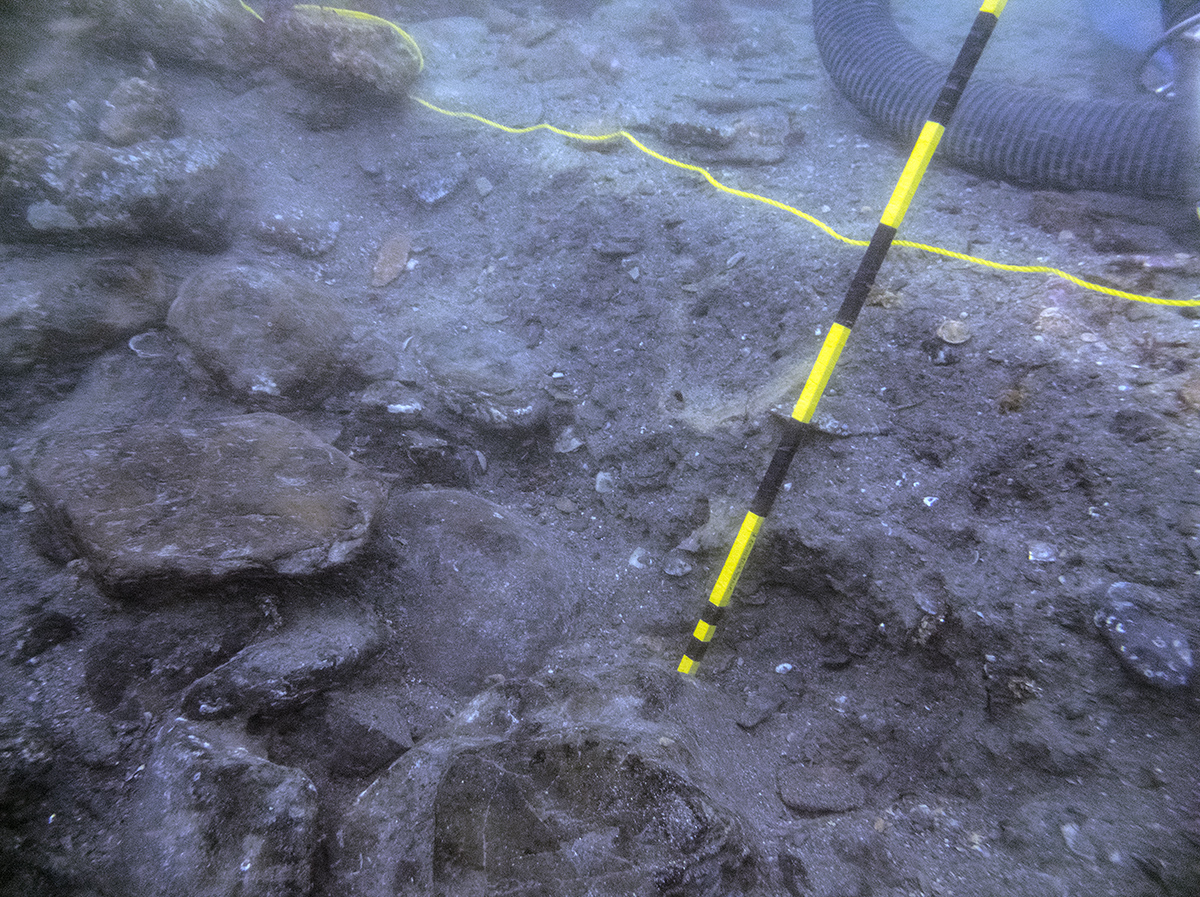 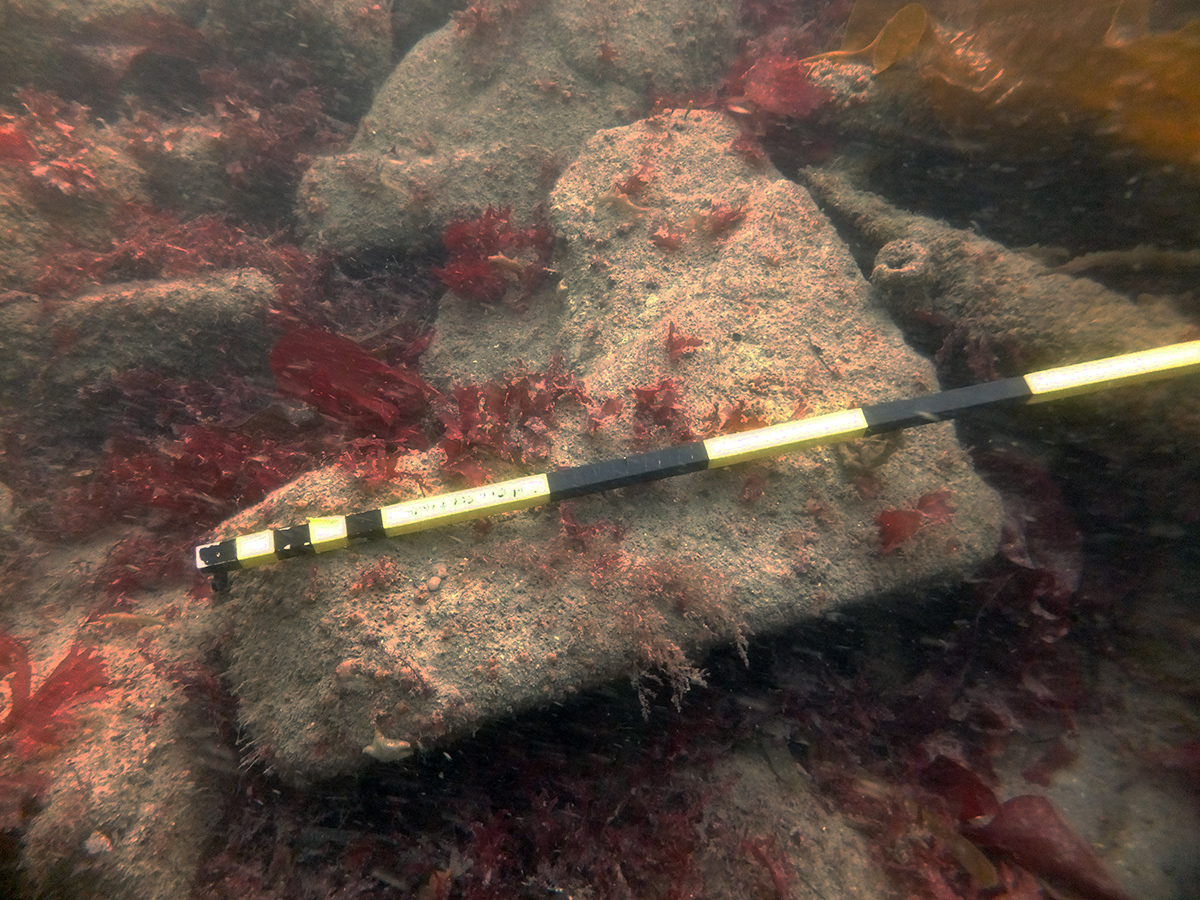 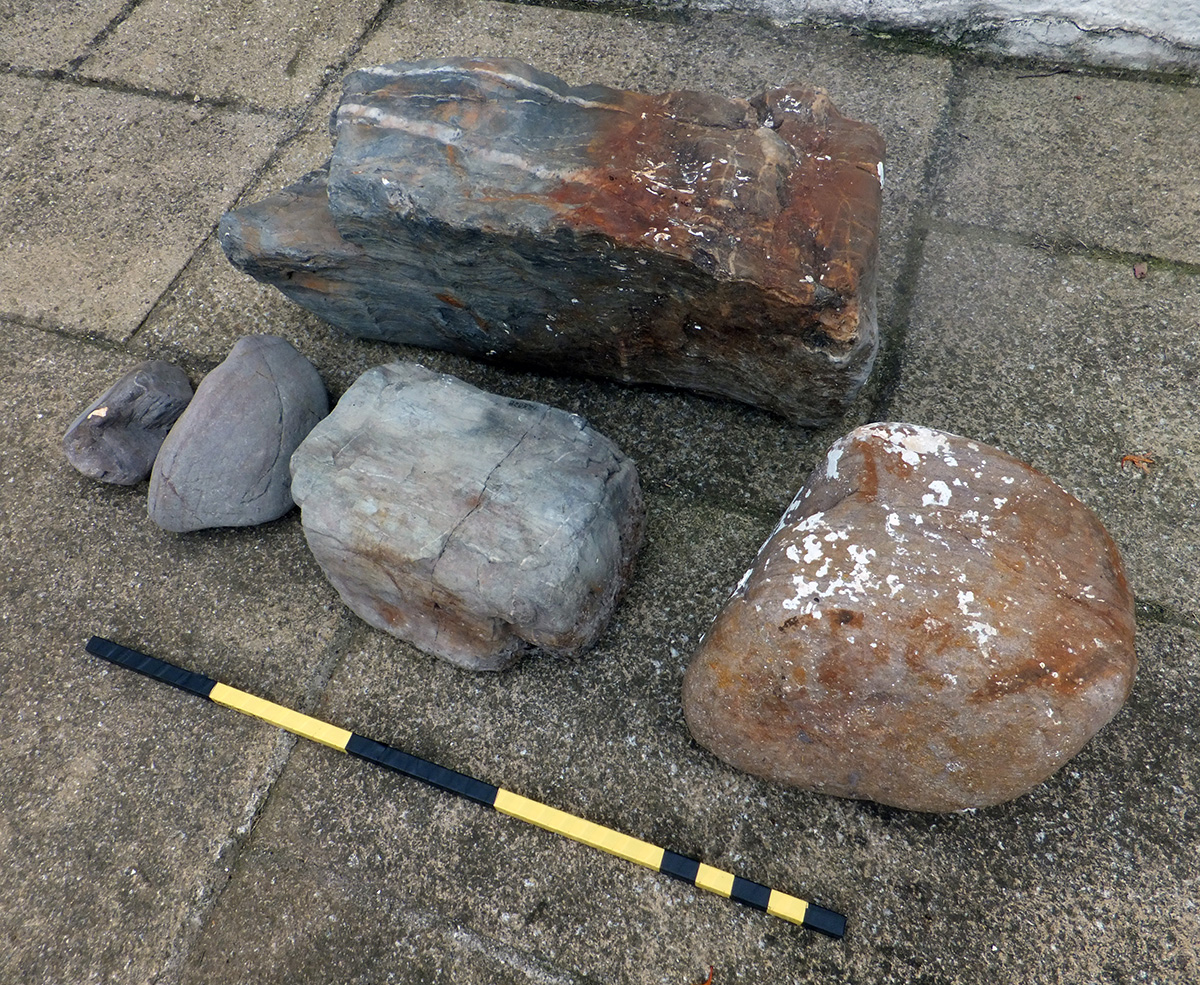