Steel sewage tank lighter at Budeaux Wharf on the east bank of the River Tamar.

In the 1980s, South West Water stopped disposing of sewage through short sewage outfalls into the sea and started dumping the treated sewage further offshore, W.J. Reynolds Ltd got the contract for disposal in the Plymouth area. Three sewage processing plants were built, one at Radford by Hooe Lake, one at Camels Head and one right up the river Plym at Plympton.

Four swim-headed steel tank lighters with approximately 250 tons capacity were purchased from the Thames from Whiteways Cider, towed to Plymouth and were converted for sewage disposal by Reynolds. A small deckhouse was fitted to each barge containing a Gardner diesel engine and a sewage pump and suctions were fitted to the bottom of each tank. The lighters were named Start Point, Stone Brow, Torpoint and one other whose name is unknown. The name of this particular barge is not known.

The barges were towed to the loading points by one of Reynold's tugs and were filled from storage tanks. The barges were then towed out to sea to the dumping ground in Whitsand Bay where the contents were pumped overboard. Around half of sewage sludge (biosolids) in the UK was disposed of at sea before changes to legislation in 1999.

When The SHIPS Project photographed this barge in 2020 the lighter was mostly intact with its bows to the north and buried in the muddy river bed. The tops of the tanks are eroded away leaving just the support structure underneath. The hull is holed at the bow and floods each high tide.

Budeaux Wharf is a private boatyard and there is no public access.

Nearby hulks include the Karen Marie 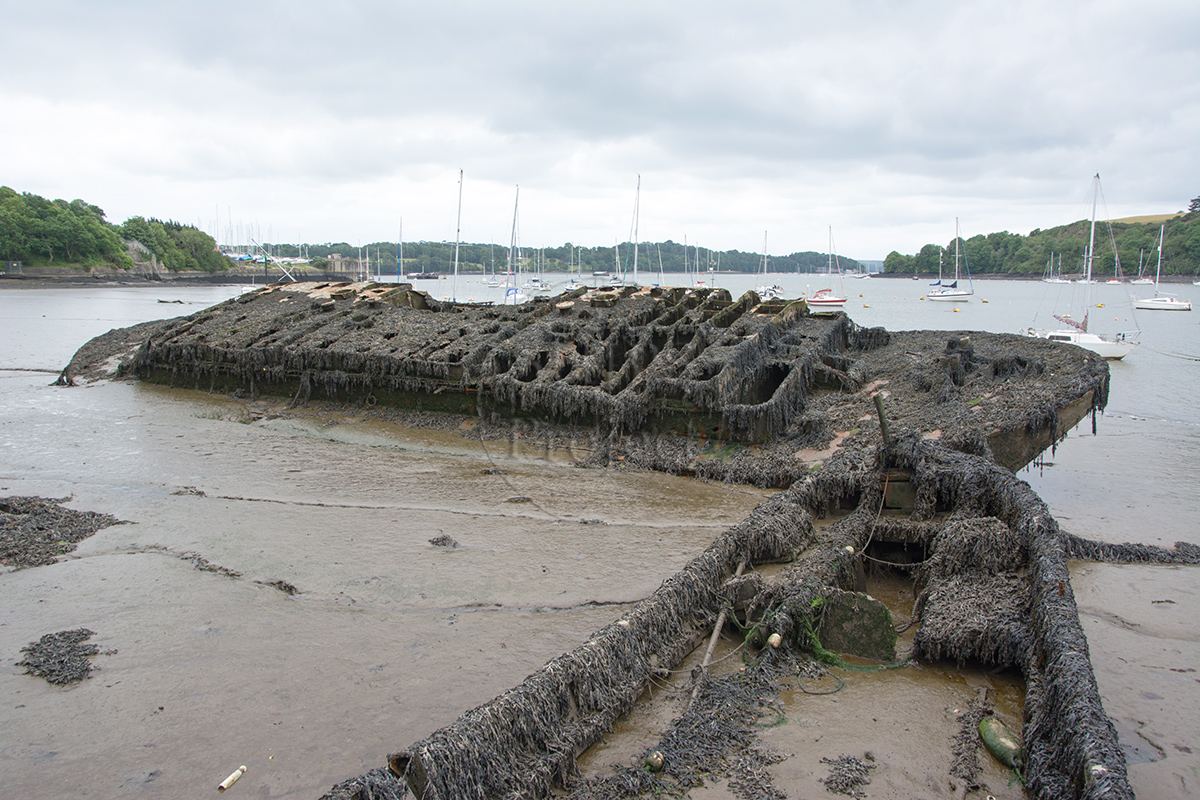 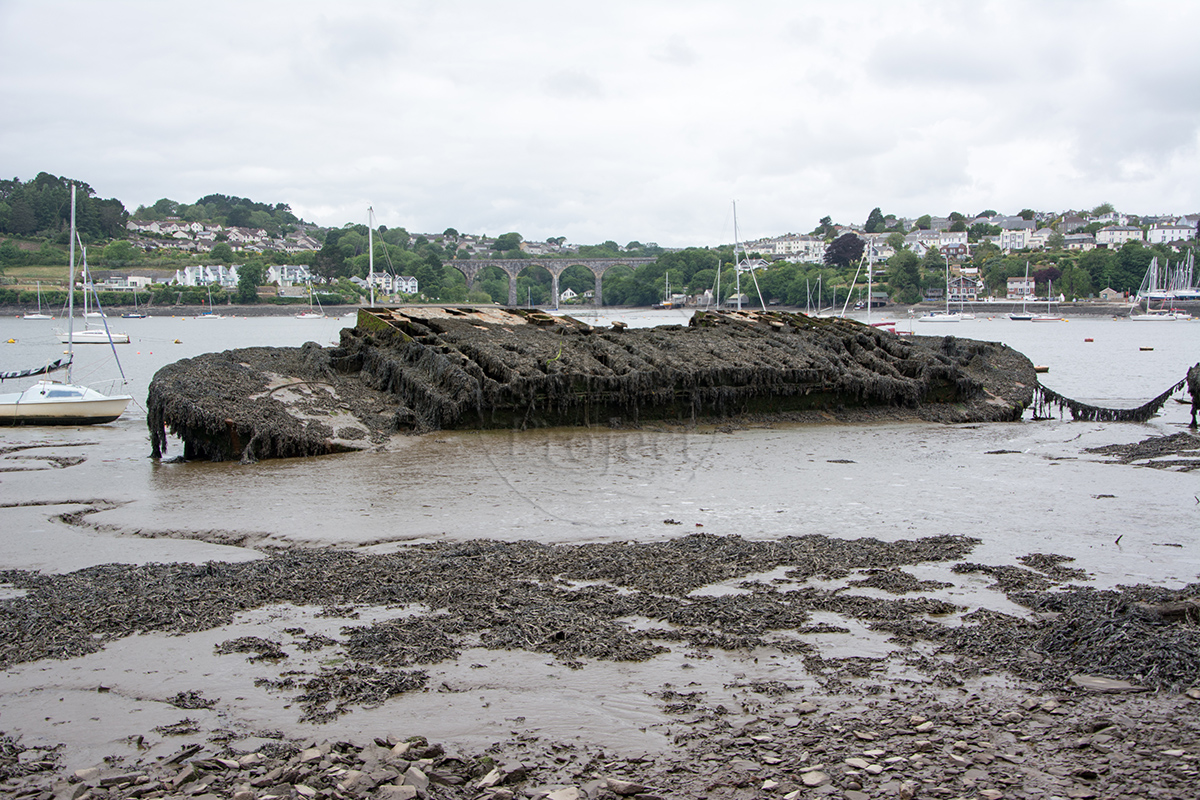 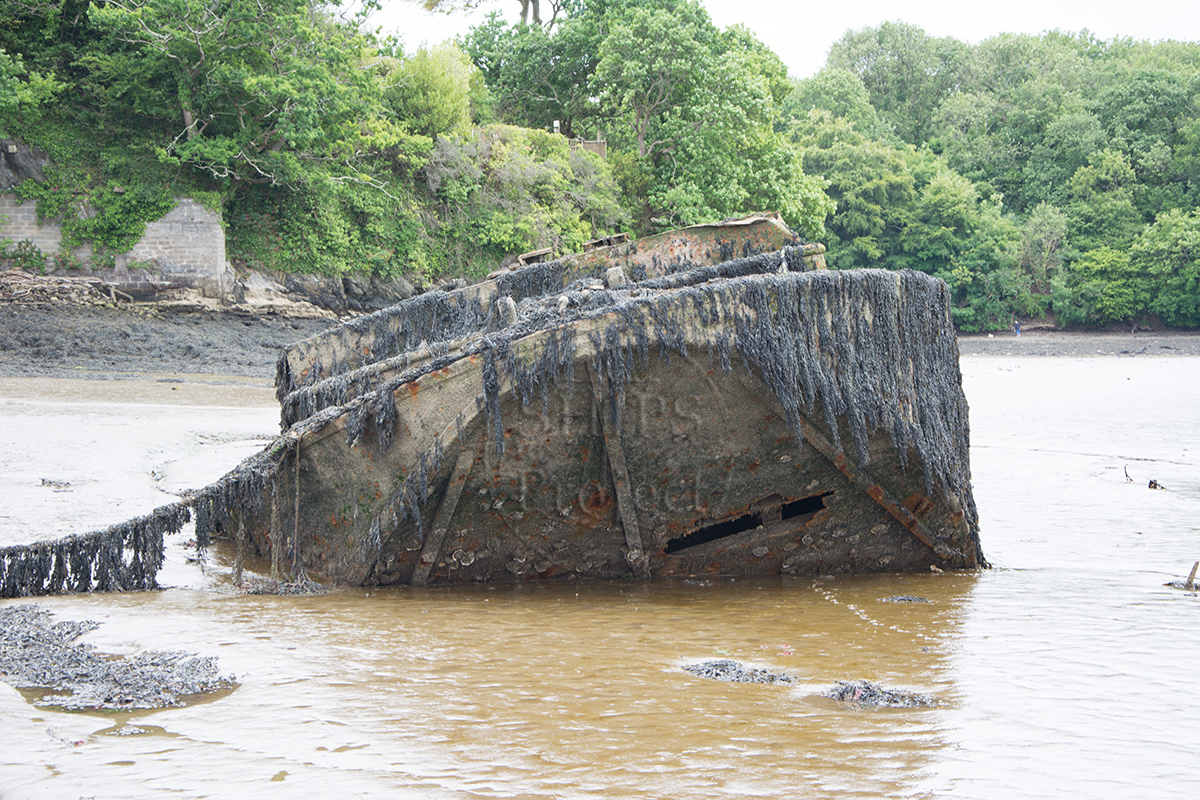