The early history of this boat is not known, but Roy Ackland owned the vessel in the 1970s having bought her from a Royal Navy commander who brought Patrina down from Scotland. Patrina was a steam-powered pinnace once carried by a Royal Navy warship and was built around 1900, she was 50ft long and had a 10ft beam and was constructed from double-diagonal planking and was fitted with twin shafts and propellers.

By the time Roy owned Patrina her steam engine and boiler had been removed and replaced with a Chrysler six cylinder petrol and one BMC 2.2 diesel engine, both of which he removed with the intention of replacing later. All of the original steering and stern gear in heavy duty bronze was still in place however these were later removed and sold. The fore and aft cabins were original but the wheelhouse had been replaced (Pictures 1-3).

Patrina was kept at Torpoint Town beach and in the mid to late '70s Roy sold the boat to someone who wanted it for a project for a boys club.

In 1982 John Cotton saw the Patrina sunk by the China House in Sutton Harbour. By then the wheelhouse had been moved forward, a new wheelhouse fitted and the back deck opened up (Pictures 4-6:

'To find the name of her I asked the Harbour Master at the end of Sutton Wharf, he informed me that she is called the ‘Patrina’ and it was to be moved pretty soon. I was back there about three months later and she had only been moved a few feet out of the deep water onto the hard muddy ridge. [John Cotton]'

It is believed that Patrina was scrapped and nothing now remains of this vessel.

The Patrina is similar to the Mary Jane, an Admiralty pinnace built in 1926. This vessel is on the National Register of Historic Ships. 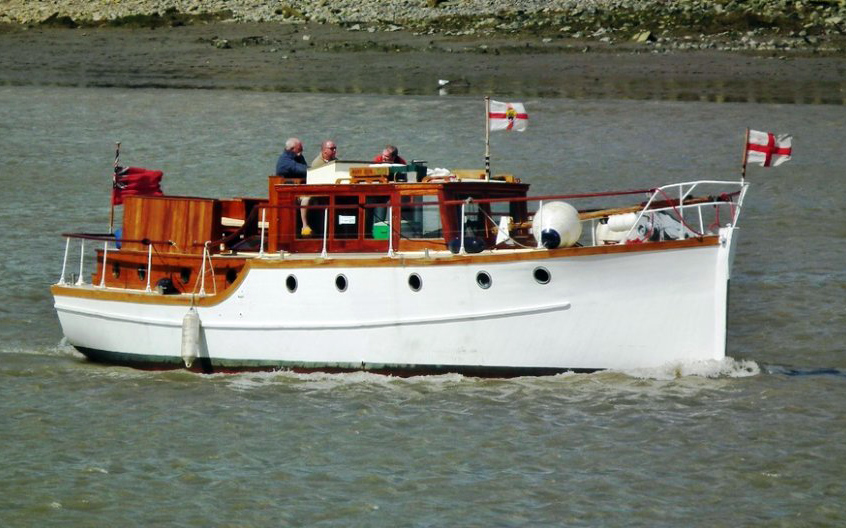 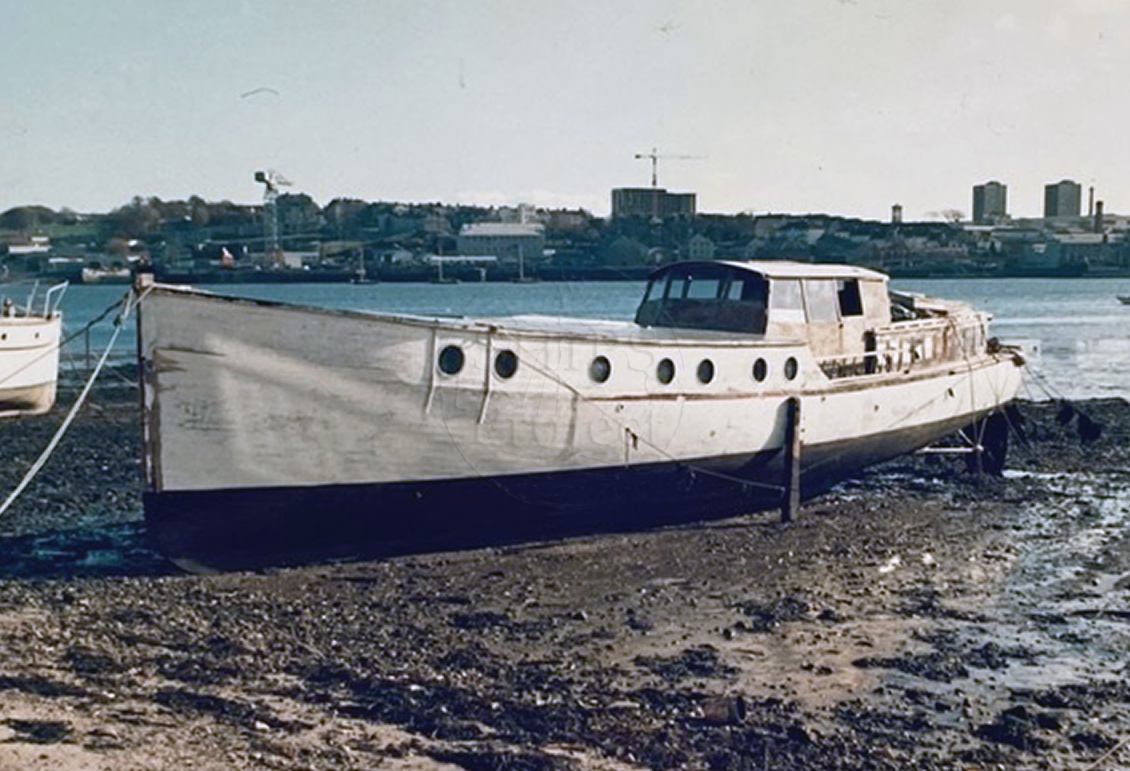 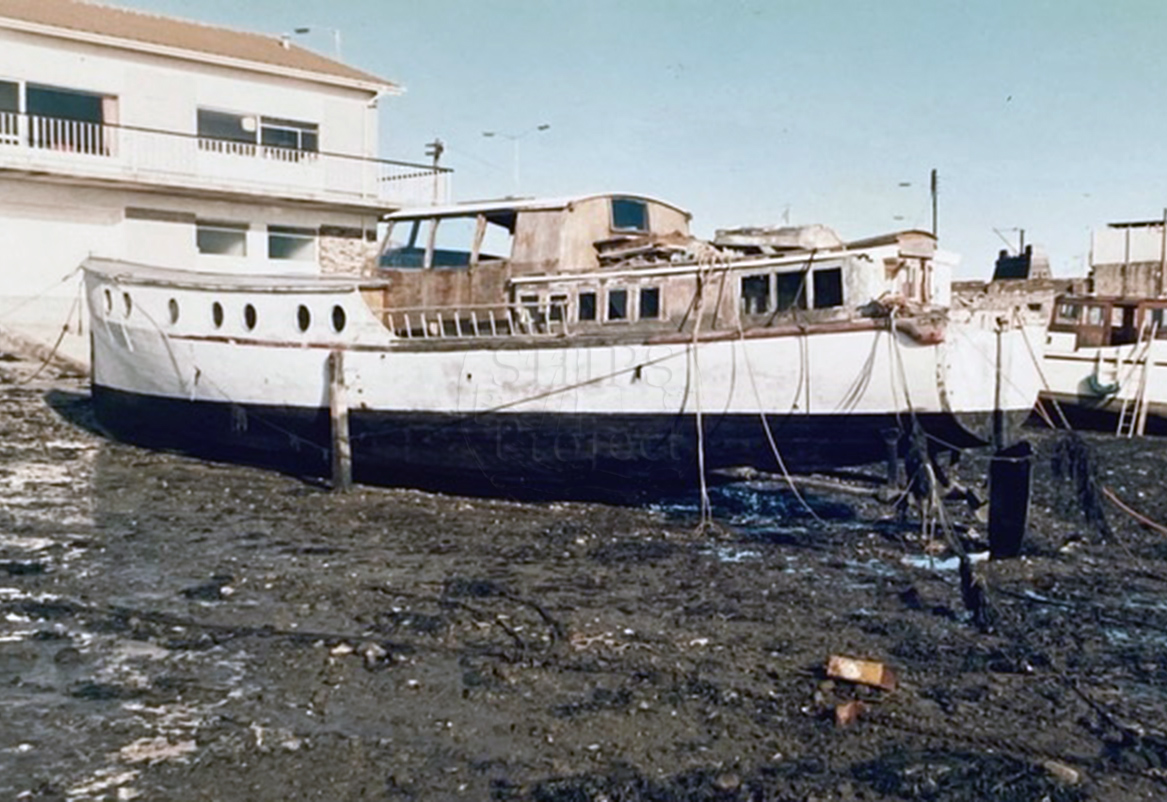 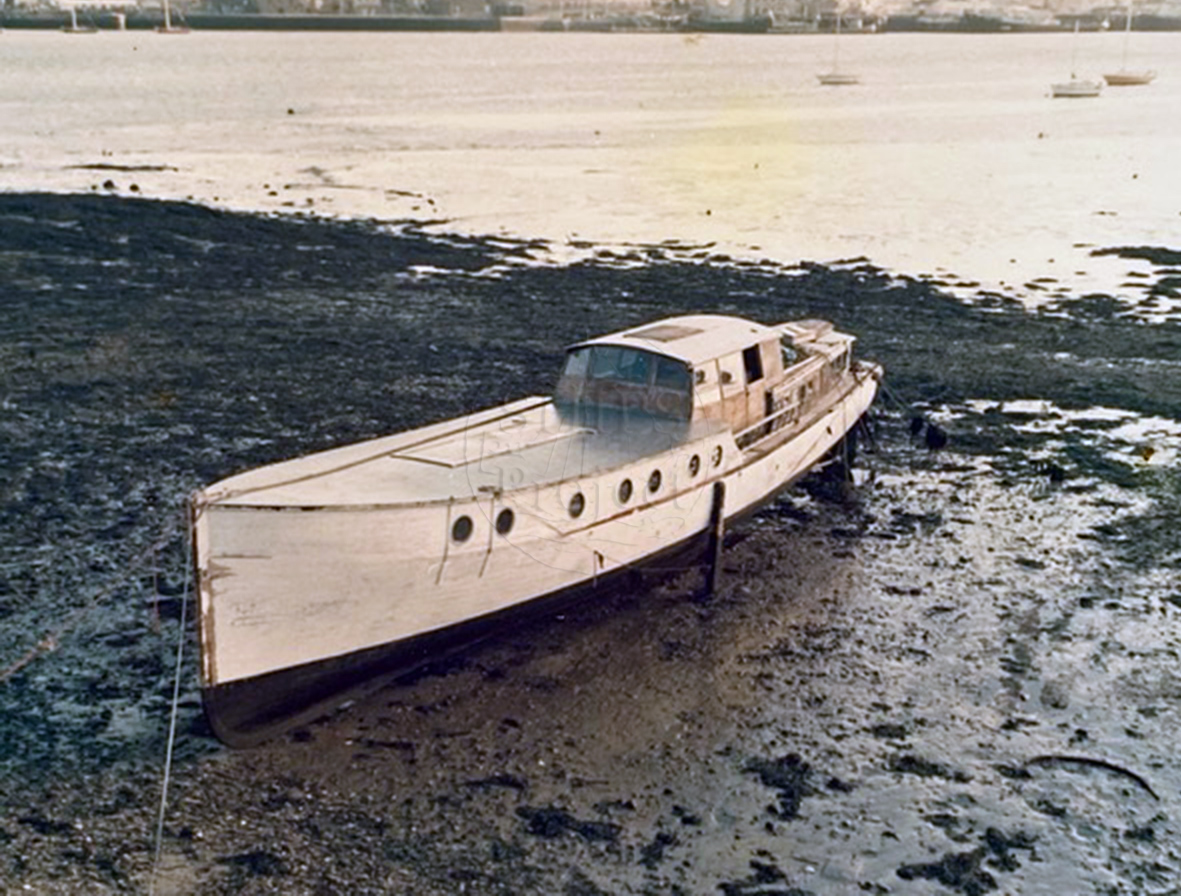 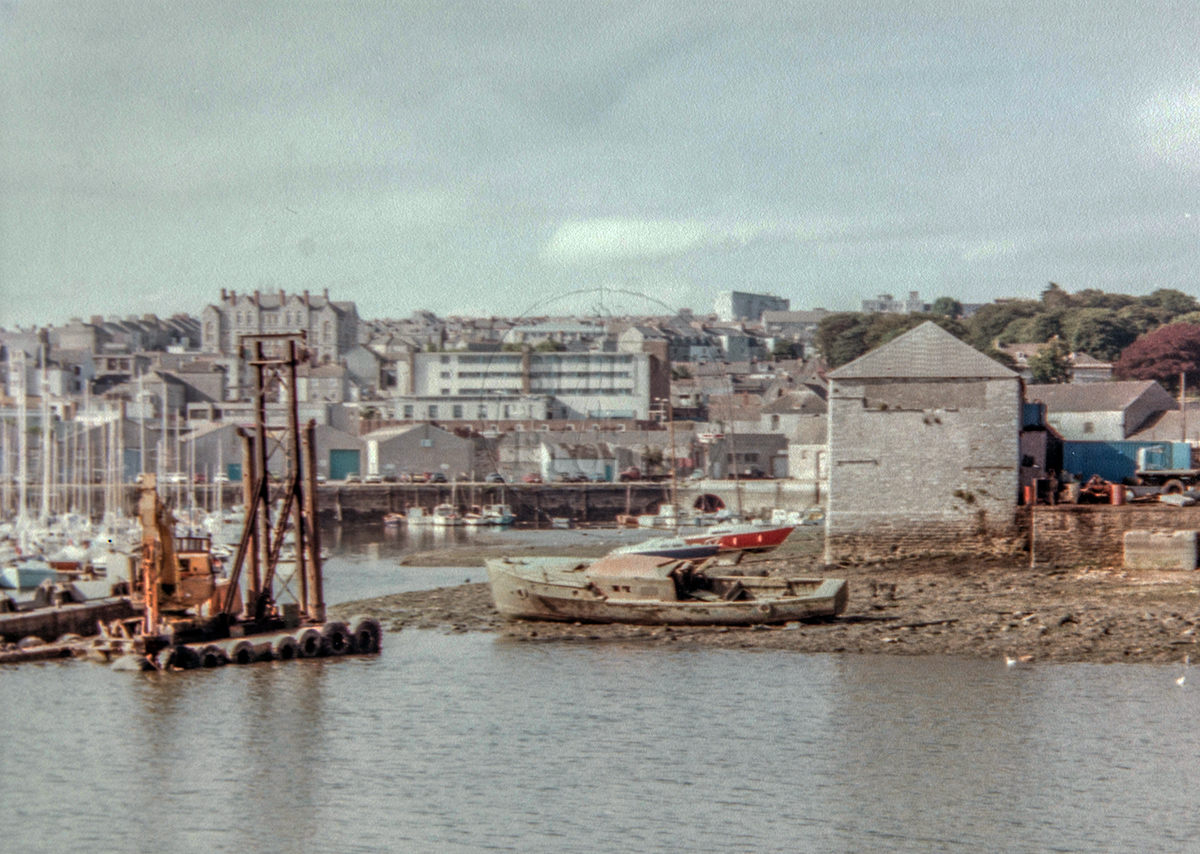 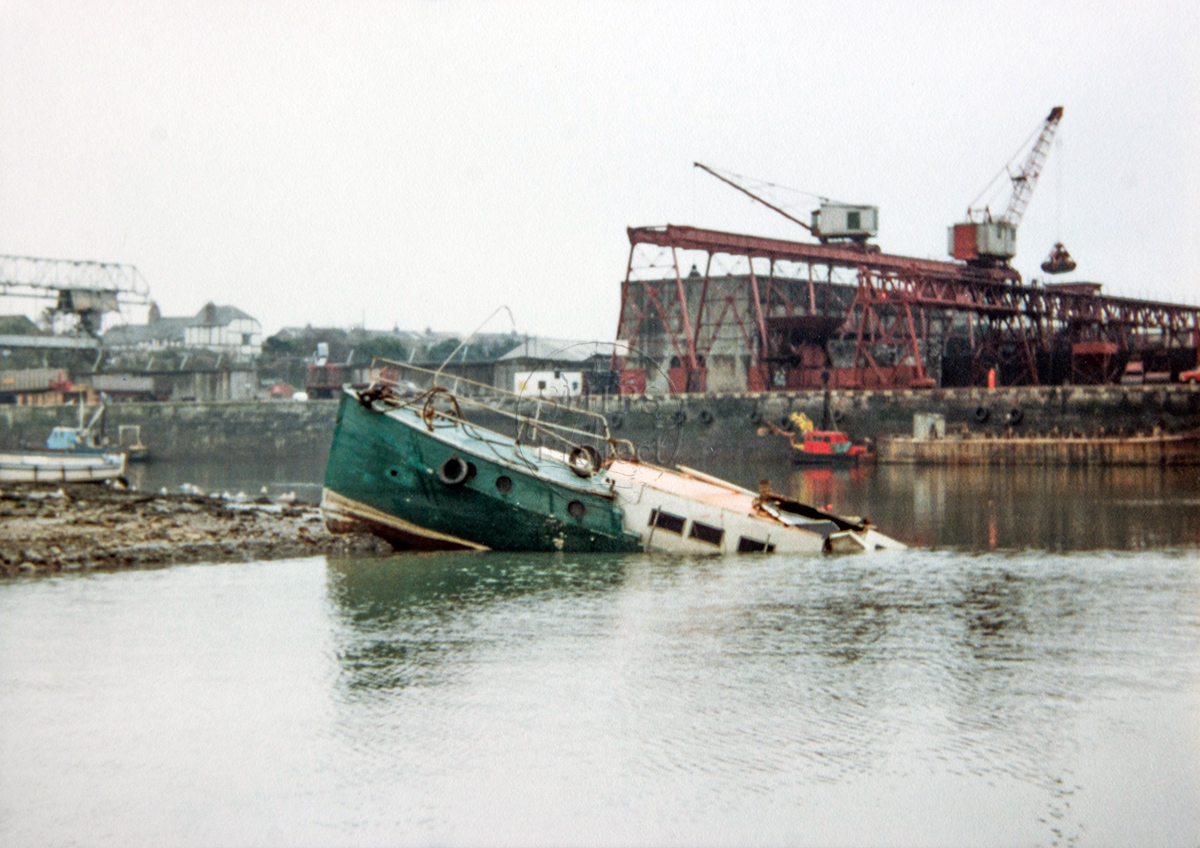 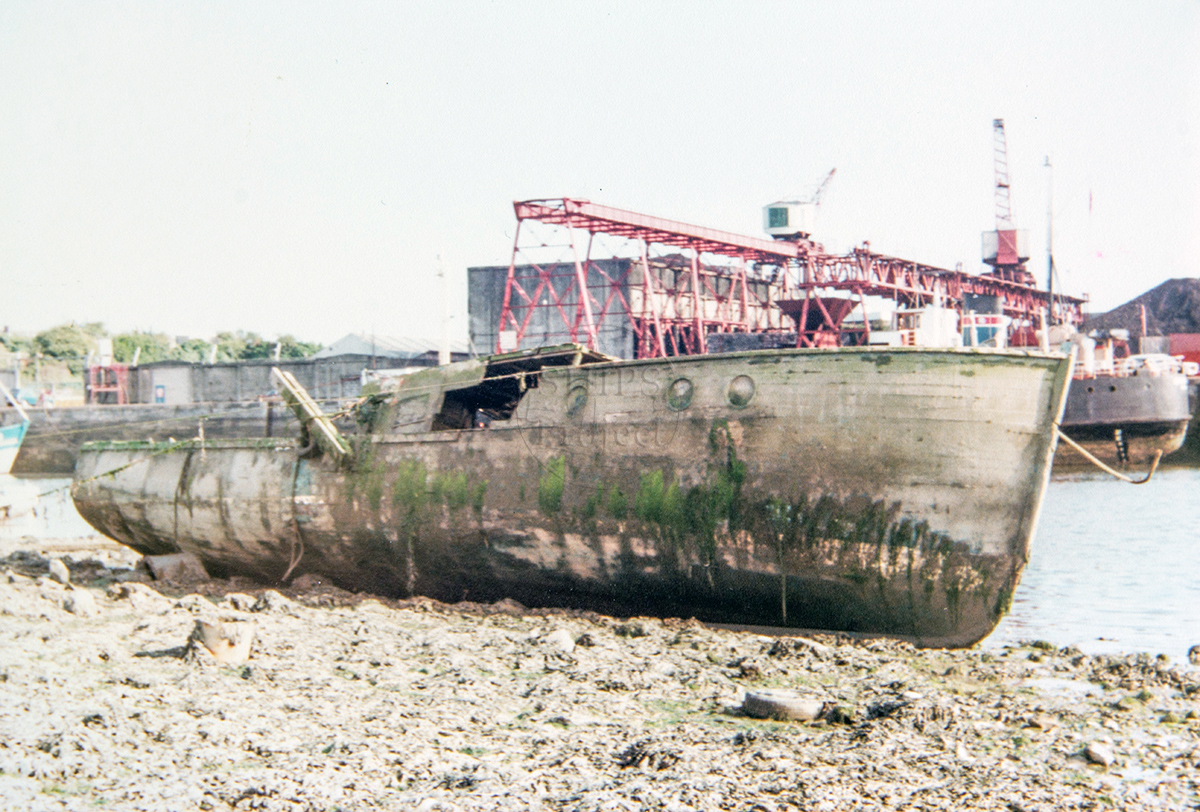