In 1975, Mr. Burland put most of his savings into an ex-Admiralty Motor Fishing Vessel (MFV) which he bought from the Ministry of Defence. Burland called the boat Emma Christ after his children, Emma and Christian and he planned to use the boat as a diving tender. During the rest of the year the conversion work proceeded at a good pace and by November 1976 she was ready to take her Board of Trade survey which was to be held in Dartmouth.

On Saturday November 8th the newly fitted out Emma Christ set sail from Plymouth to conduct sea trials in Whitsand Bay with Burland and three crew aboard. After an hour or so the engine stopped due to a fuel blockage so the ship rode at anchor for three hours whilst the crew tried to fix the problem. The wind had picked up which made the boat strain on the anchor cable, with a loud bang the cable parted and the ship started heading for the shore. The stiff onshore wind drove the helpless boat into shallow water and towards the rocks and surf. The crew couldn’t start the engine because the air bottles needed to turn it over were empty and the air compressor used to fill them had seized up after only a few minutes. In desperation, two more anchors were thrown over the side but it was too late and shortly afterwards the Emma Christ was swept onto the rocks. Burland sent up flares signalling distress which caused the lifeboat and helicopter to be scrambled. By the time the helicopter arrived the ship had been pushed under the cliffs, her stern ashore and hull wedged between rocks, and she was being buffeted quite strongly by the waves. Two crewmen had scrambled off the ship on to the rocks, but the Lifeboat could not approach near enough to rescue the other two crew, so the helicopter, hovered very close to the cliffs and winched the other two crew off the boat to safety.

The Emma Christ went to pieces within days leaving her engine and machinery trapped in a gully along with the bottom of the ship [Photo 1,2].

One of the items salvaged from the wreck was the name board from the ship which curiously spells her name “Ema Christ” [Photo 3].

The most notable feature of the wreck is the large diesel engine block which is usually visible in a sand-filled gully where the ship lies. Occasionally all the sand disappears and the remains of the timber hull can be seen along with the propeller shaft, compressed air tank and other rusted machinery, as seen by Giles Richardson in 2007.

Just to the east is the wreckage of the steel yacht that came ashore around 1995 and the remains of a large navigation buoy firmly wedged in a gully.

This wreck is often confused with the steam trawler Chancellor

which can be found further to the east on the same beach.

Nearby hulks include the steamship Daisy 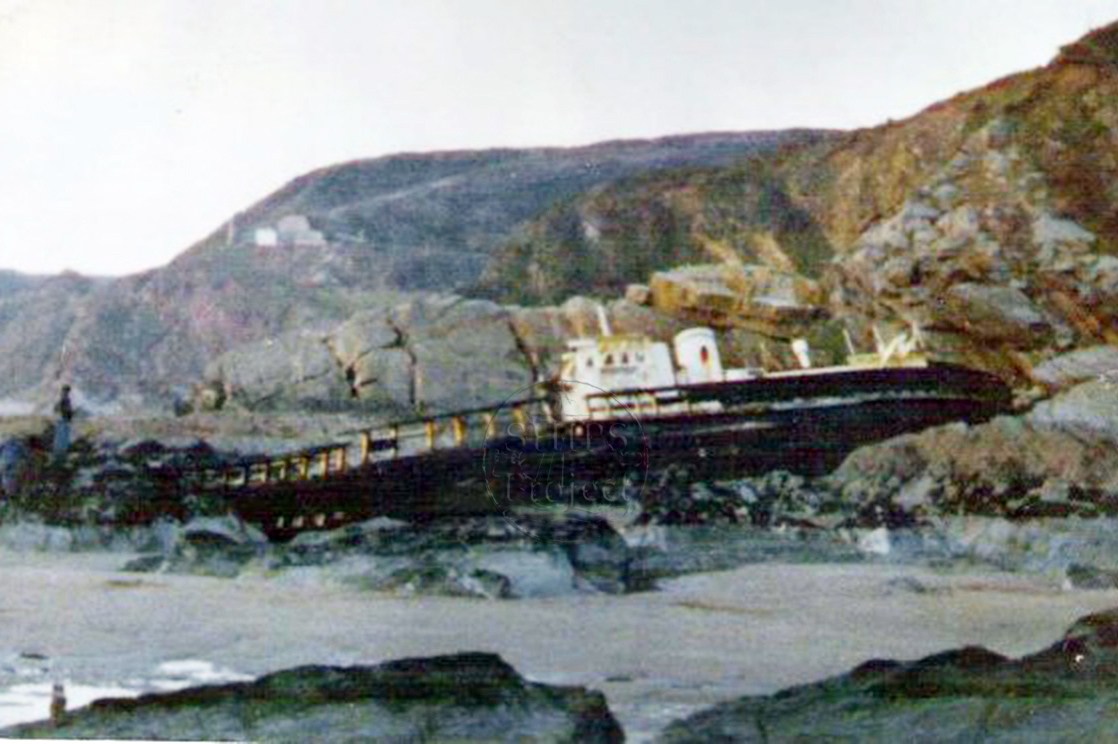 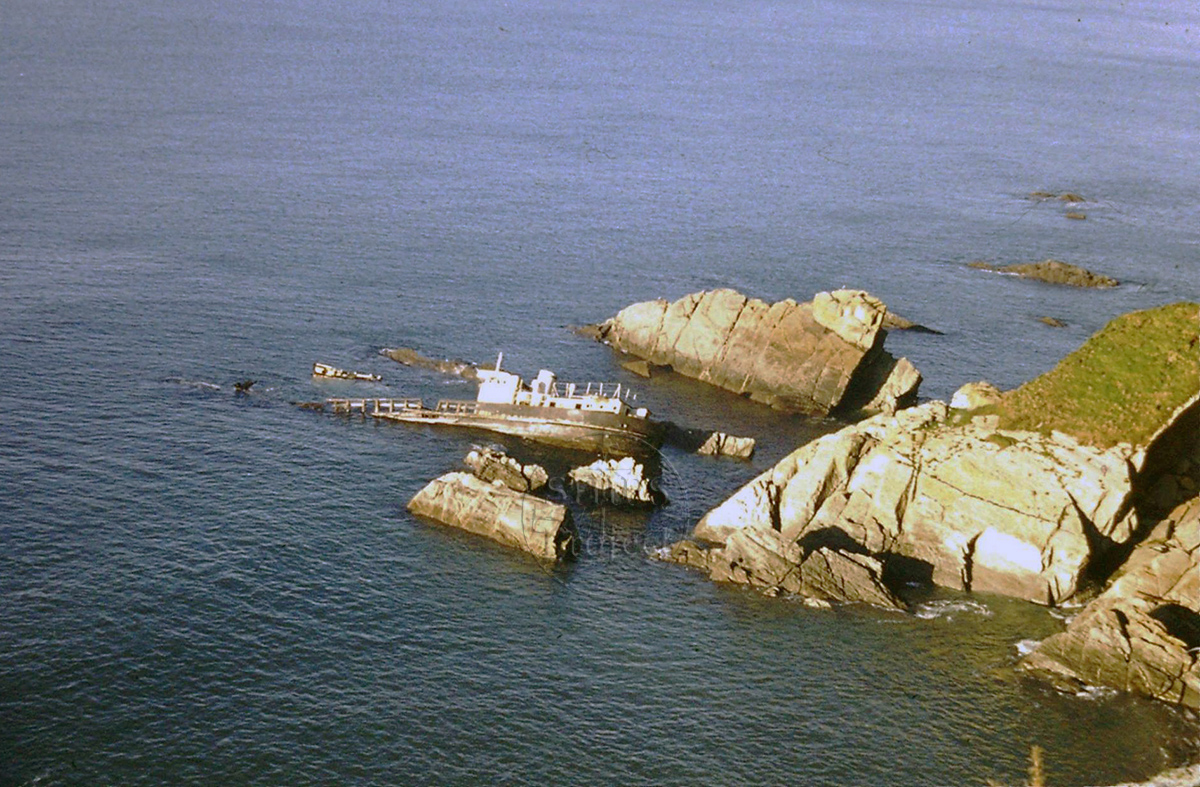 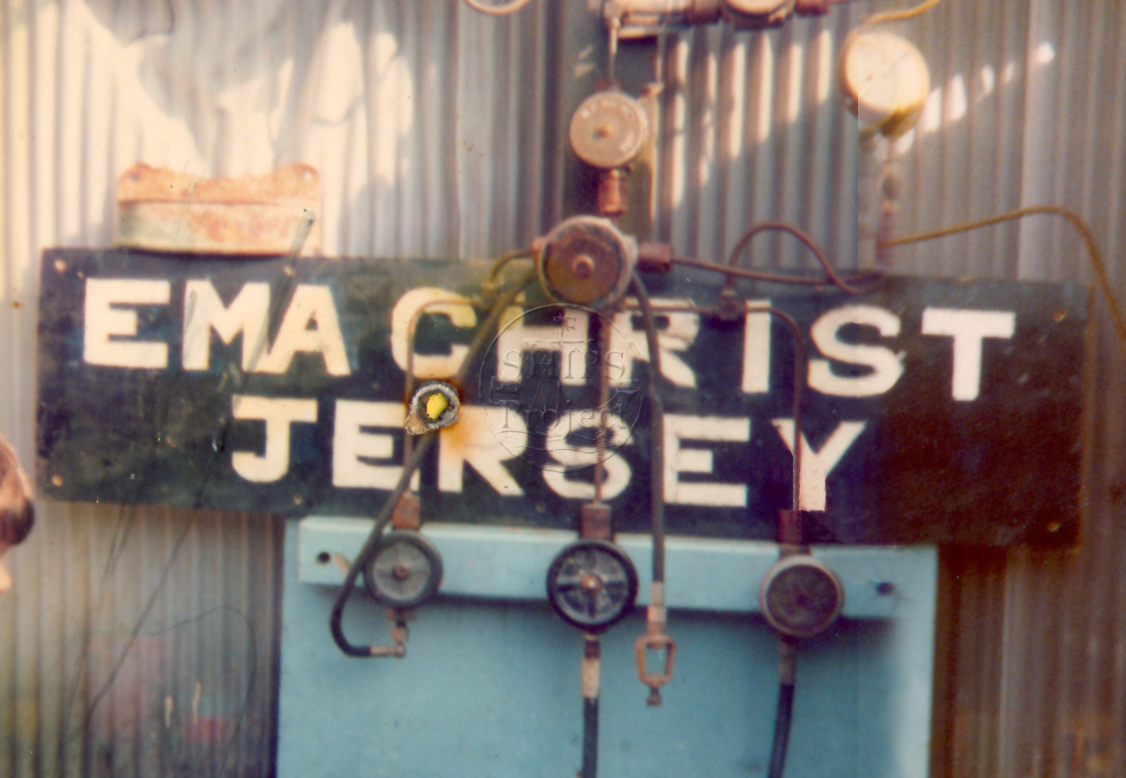 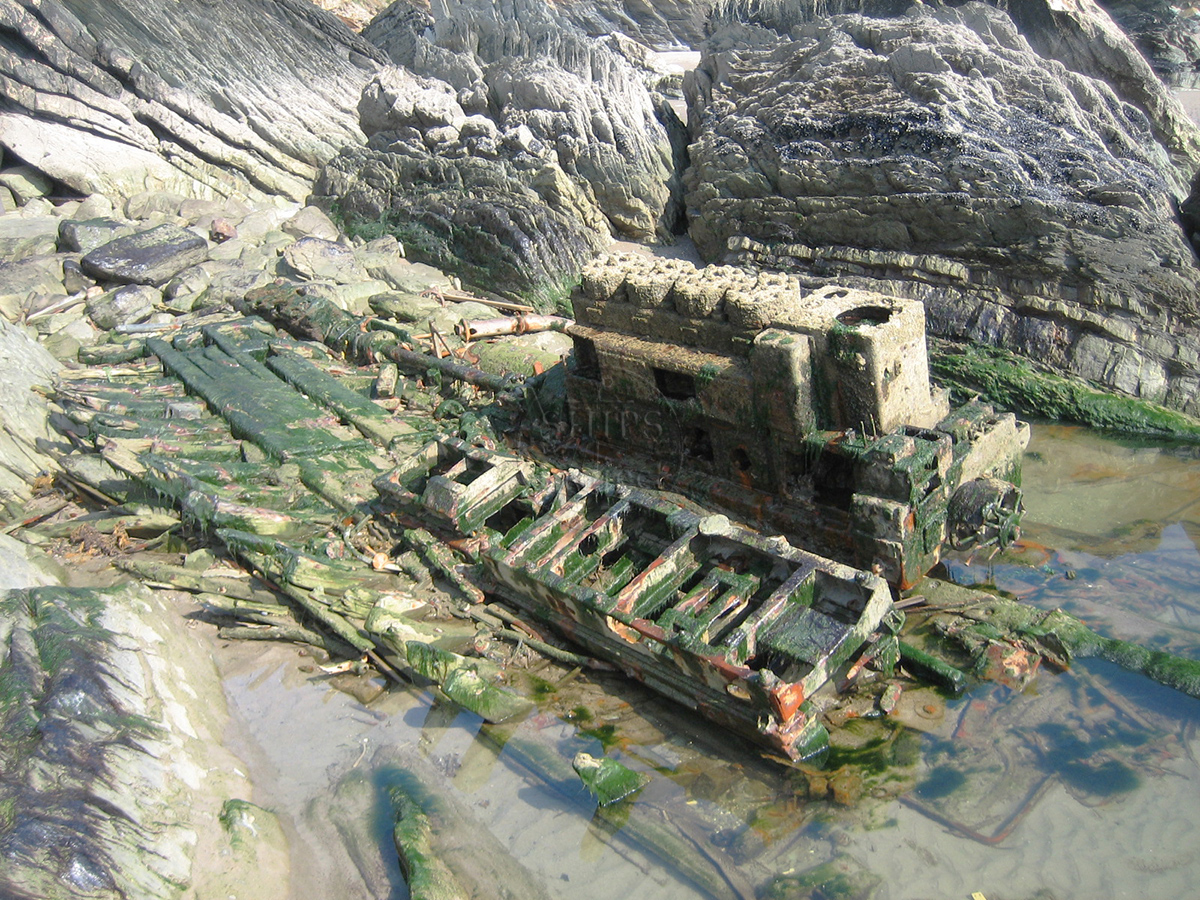 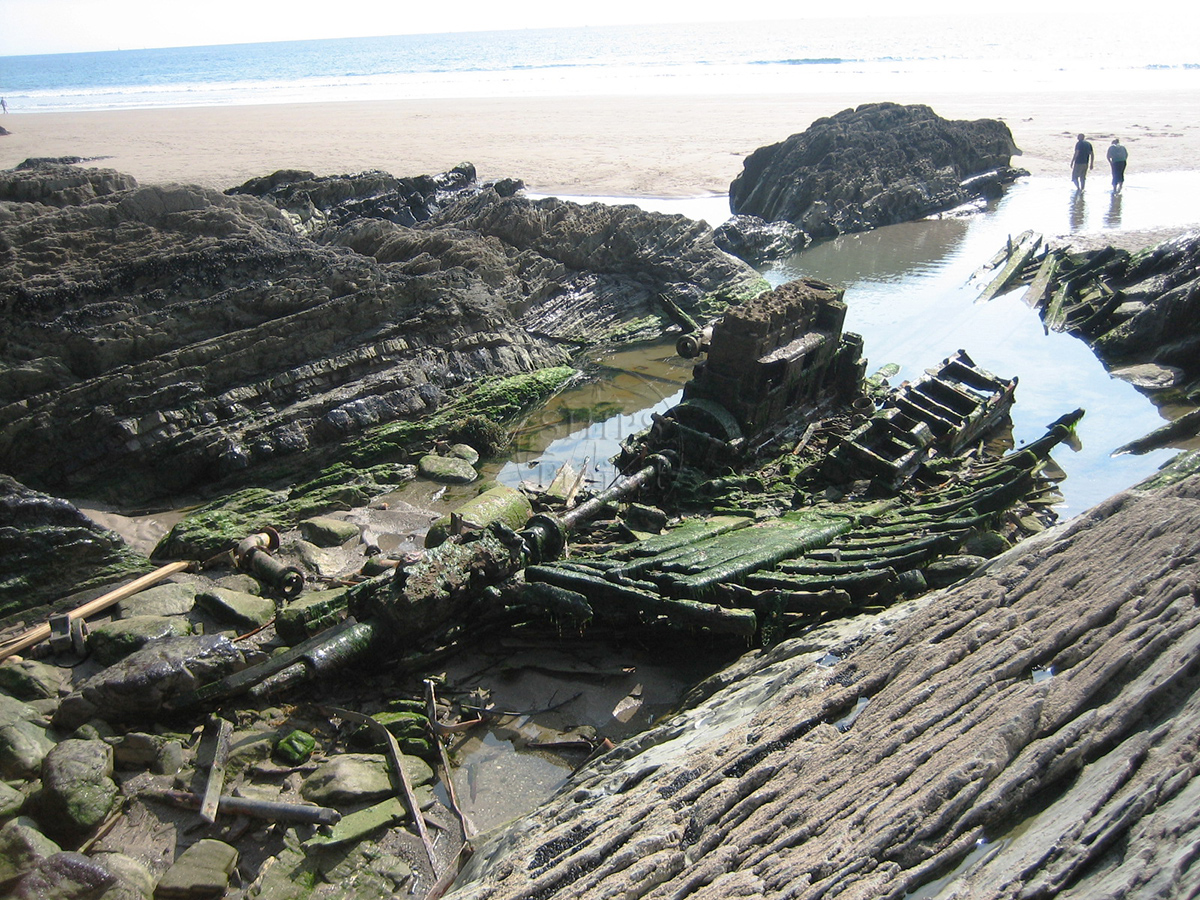