The ferro-concrete dumb barge Cretabode can still be seen on the shore at St. Johns Lake, on the Cornish side of the Tamar estuary, south of HMS Raleigh.

By the middle of WW1 there was a huge demand for replacement ships sunk by enemy submarines. The shipping losses also reduced the amount of iron ore that was imported so steel became scarce, this forced shipbuilders to look at other materials including reinforced concrete. In 1917 the UK Ministry of Munitions requested the Admiralty to build barges to bring iron ore back from Spain and suggested concrete barges could be used.

It has been suggested that the design came from Irish engineer James Hardress de Warrenne Waller who had the idea for a concrete battleship whilst on his honeymoon. The British government started a £4M construction programme for building 154 concrete barges, tugs and other vessels totalling 203,200 tonnes — a saving of around 71,000 tonnes of steel. Skilled shipbuilding labour was in short supply and it was thought that the concrete vessels could be built using unskilled workers, but this did not happen in practice and the barges turned out 40% more expensive to build. By the end of the war in 1918 just one of the barges had been launched, the Cretacre, but as 74 were still under construction many of the contracts were cancelled. Cretabode was one of the 54 barges and 12 tugs actually built in this programme.

Cretabode (PD26) was built in 1918 by Hill, Richards & Co. Ltd. at Hamworthy near Poole for Concrete Seacraft Ltd., who were based at Fiddler’s Ferry on the Mersey. The 58m long, 662 ton barge had the official number 142701. The standard barge design had three holds for cargo, store room and chain locker in the bow, a concrete guard rail at bow and stern, a hatch coaming amidships and a wheelhouse, funnel and boat in a davit at the stern. A small boiler provided steam for winches and other machinery.

In 1921 ownership was transferred to the Board of Trade in London then to Crete Shipping Co. Ltd. in 1922. In 1923 she was in service with Albert Batchelor then George Batchelor, finally to George J. Mills in 1936. In 1942 she was sold to the UK Government and at one time was used as a barrage balloon vessel.

After the war, Cretabode was laid up with two other unnamed concrete barges at Wivelscombe Creek, near Plymouth. Viscount Lennox-Boyd acquired Ince Castle on the River Lynher in 1960, he objected to these hulks being placed in front of his house so around that date the Queen’s Harbourmaster had them moved to the Torpoint shore, but local residents again objected so they were moved.

Cretabode had been damaged when she was beached, but later she was re-floated with great difficutly and towed to her present position off Deadman’s Point, protecting the shore of HMS Raleigh. It was thought that the two other barges were Cretefield (ON 143359) and Creteshore (ON 143787) and that one of the hulks was towed out to sea and scuttled. If the ship was scuttled then it was not sunk nearby as there are no records of concrete barge wrecks off the south Devon or Cornwall coast. We know that Cretefield was in Waterford, Ireland from 1922 until 1990 when she went to Carlingford Marina. Cretehill (ON 143037) was acquired by Sherwood Hunter Ltd, Newlyn to be a coal barge used by J H Bennetts, coal merchants, to supply steam trawlers, mostly from Lowestoft. Cretehill was holed in an air-raid in the war and she eventually scuttled in 1949. Creteshore was owned by G. H. Collins & Co. Ltd. of Dartmouth in 1940 so could have made her way to Plymouth.

One unusual tale associated with this ship told to us by a local resident was that Cretabode was beached on the shore at Deadman's Point to help stop erosion washing out bones from bodies that had been buried on the shore.

Thanks to Richard Lewis at The Crete Fleet

for information about the fates of the Crete ships.

This was one of the vessels recorded in the book Lost Ships of the Westcountry by Langley & Small. This ship was photographed by Giles Richardson in 2012. 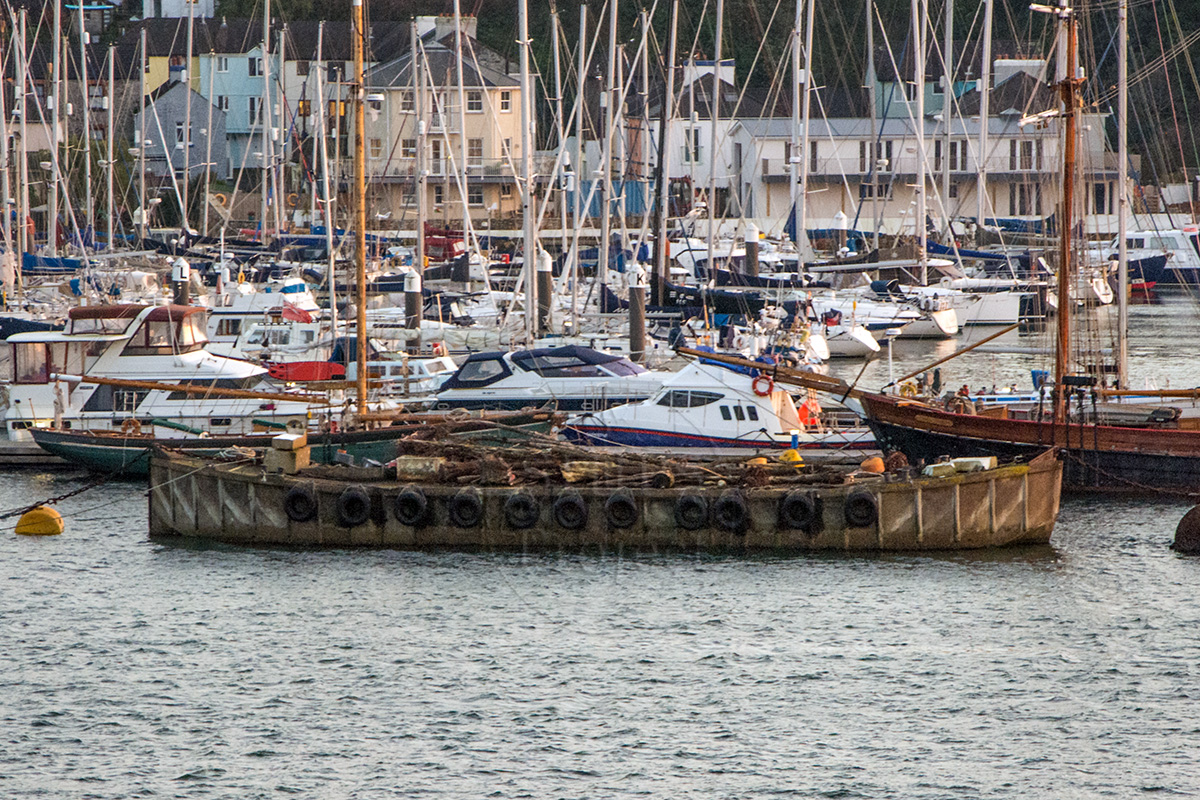 This 1940's Ferro-Concrete Barge (FCB) lying on a mooring off Turnchapel, Plymouth, was built in WWII when steel was scarce and other building materials were tried. This is possibly one of the 272 barges built by L G Mouchel and Partners of Barrow from 126 precast panels and 42 precast ribs. 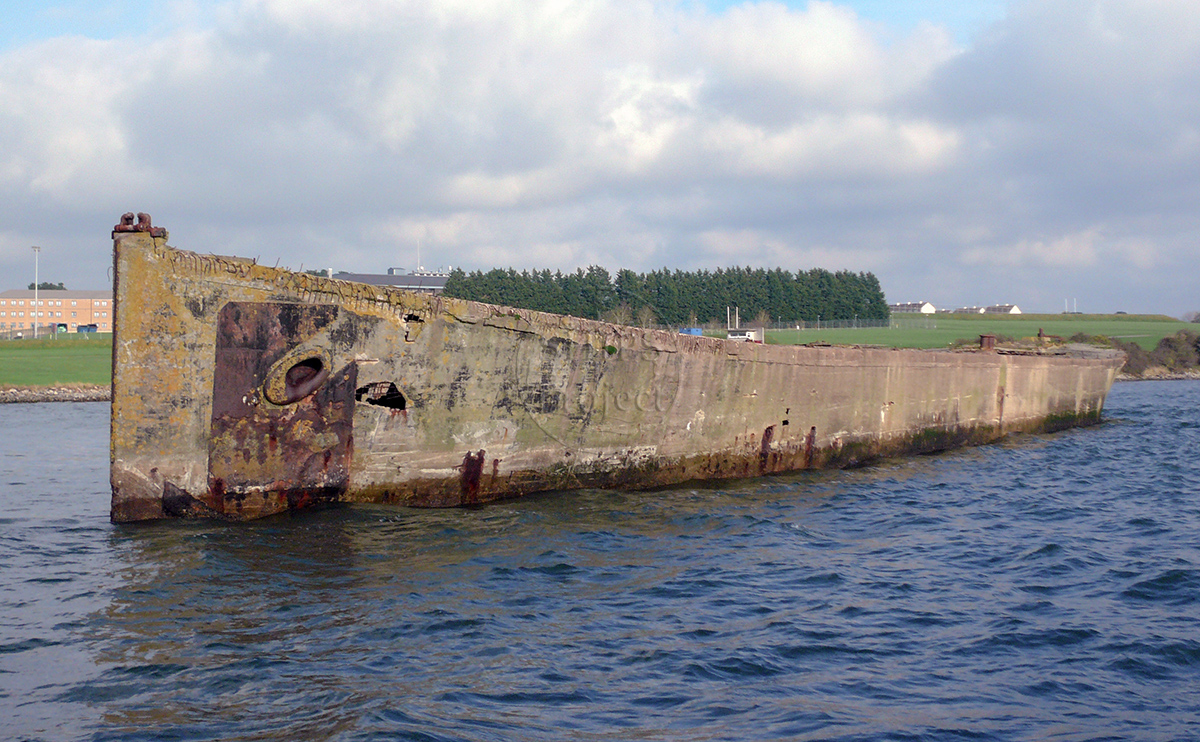 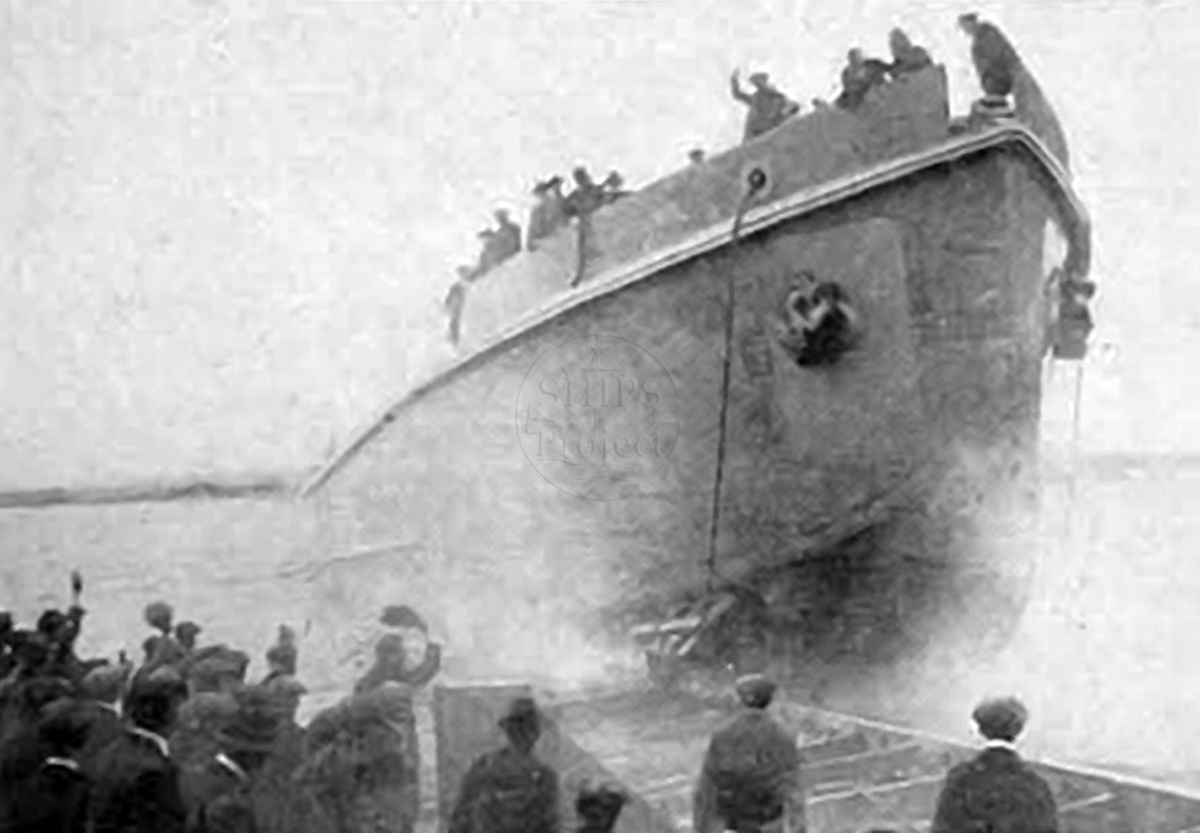 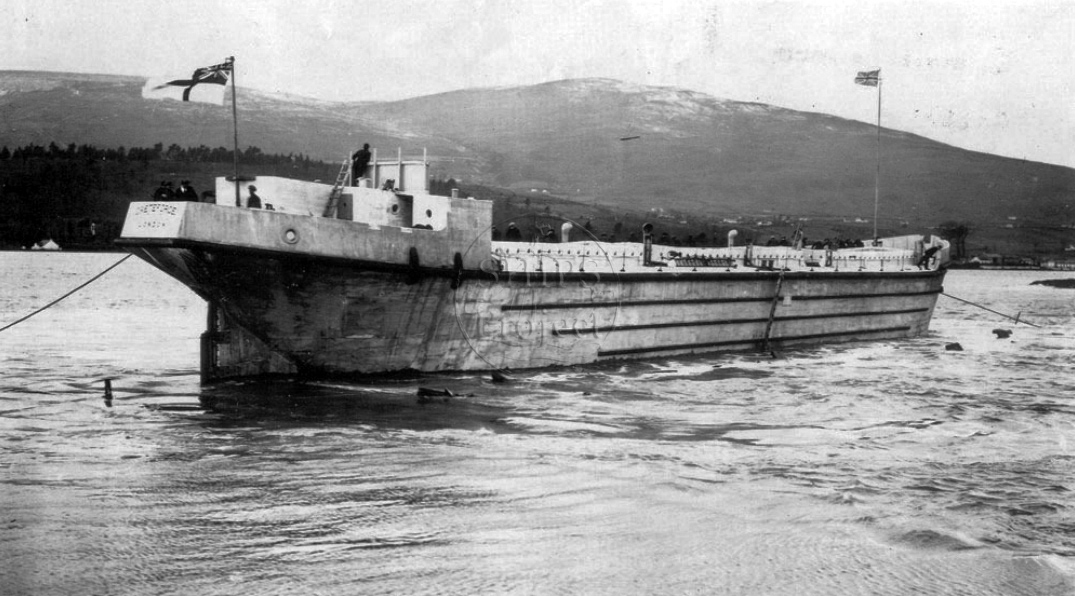 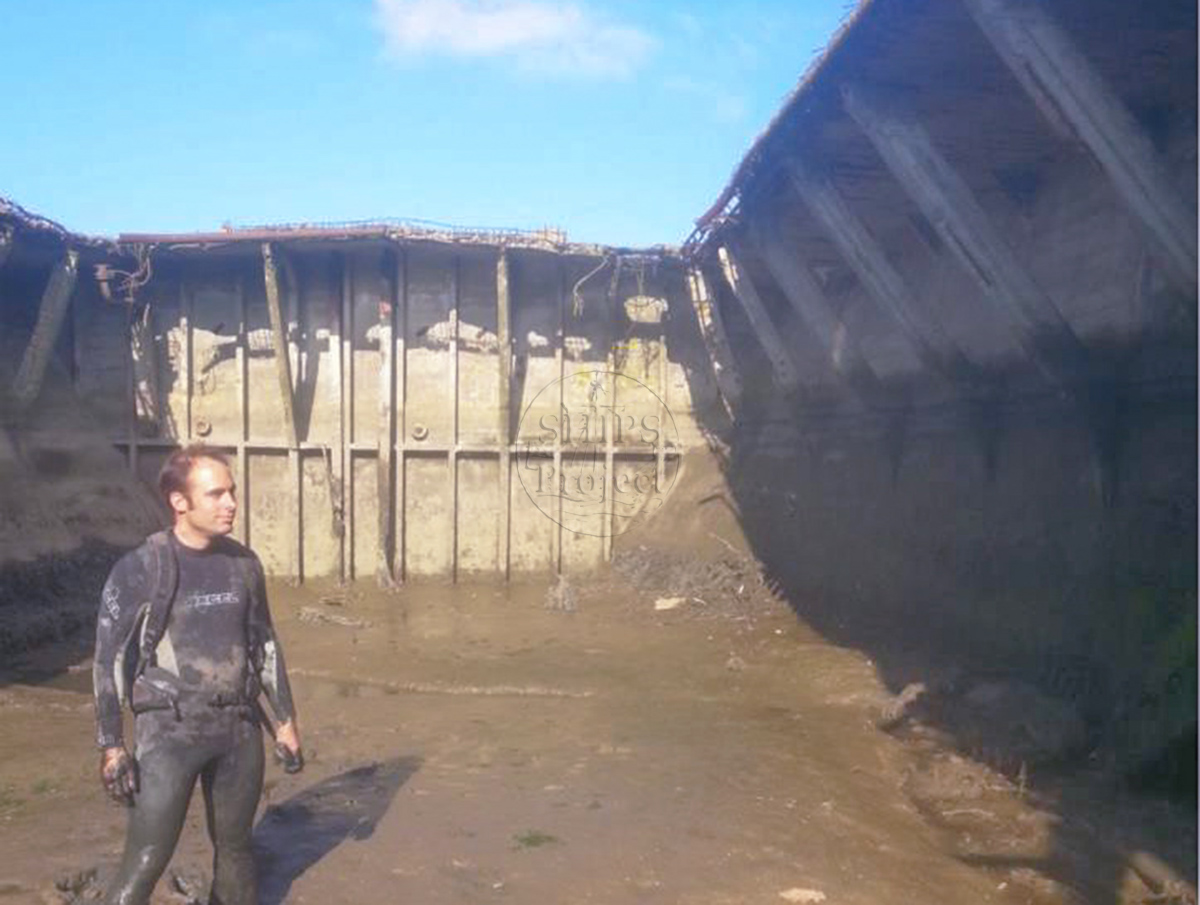 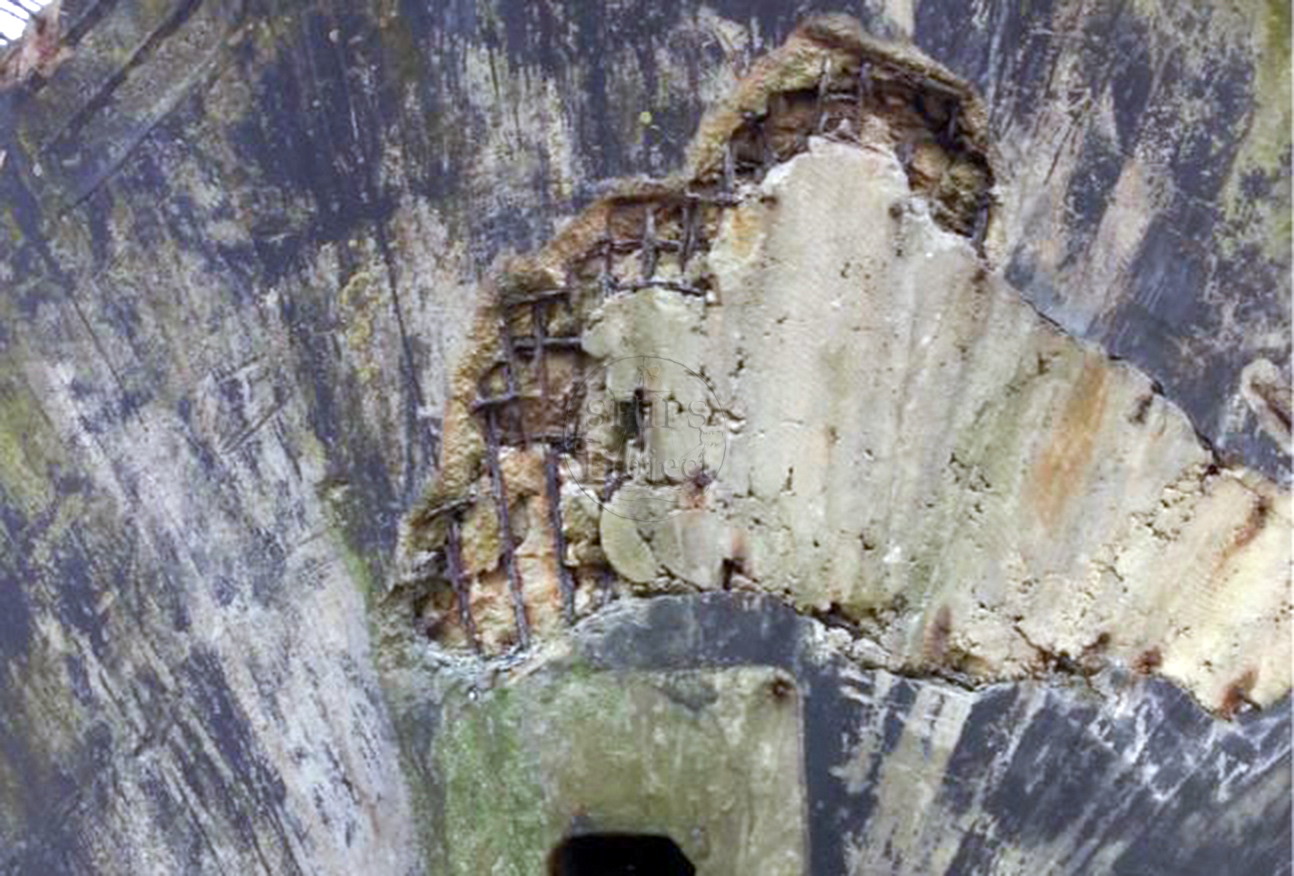 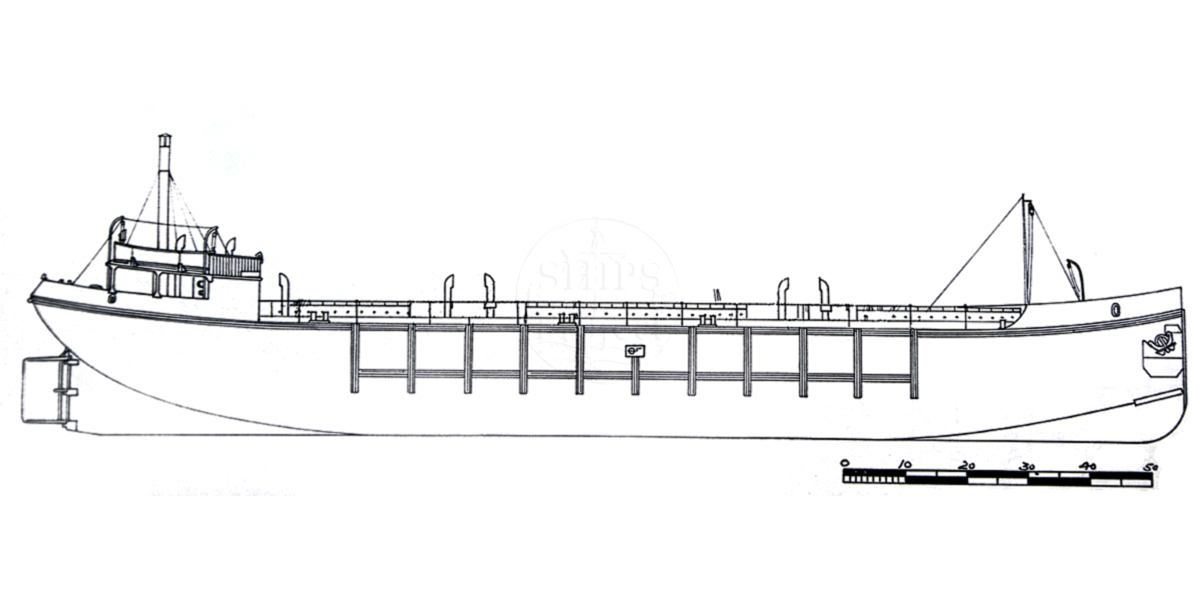 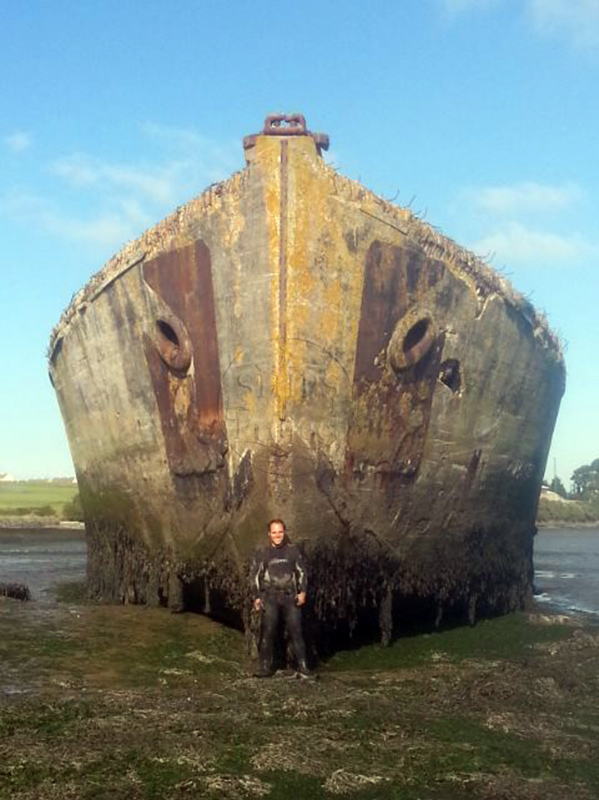